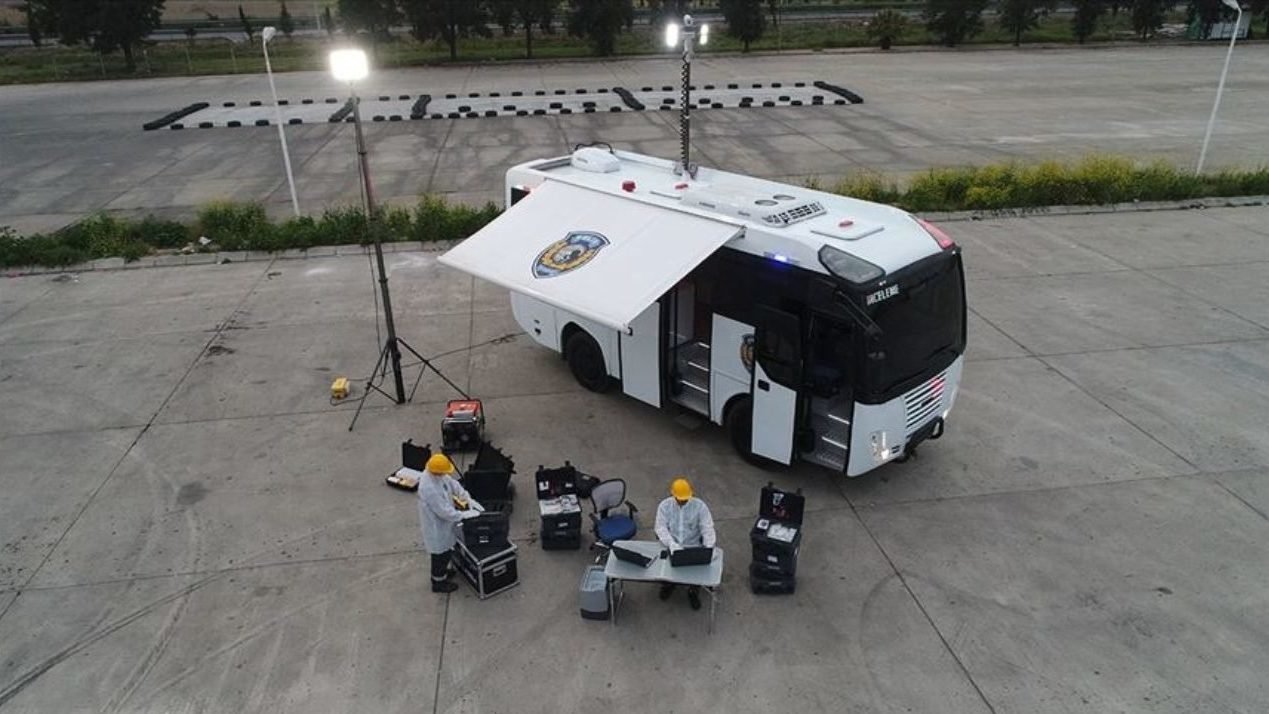 10 KIRAÇ vehicles manufactured by Katmerciler within the scope of the New Generation Criminal Investigation Vehicle Project were delivered to the Turkish General Directorate of Security (EGM).

Presidency of Defense Industries head İsmail Demir made a statement on his Twitter account, "We are continuing the deliveries of the KIRAÇ New Generation Criminal Investigation Vehicle, which we produced so that the EGM can conduct crime scene investigations more effectively. Finally, we delivered 10 KIRAÇ to EGM. Good luck."

With Kıraç the teams of the General Directorate of Security can investigate crime scenes in a planned and effective way, and allows the evidence to be collected safely and quickly.

The vehicle can climb up to 30 percent slopes with 4x4 and 4x2 drivetrains. Kıraç, which has a wide area lighting kit, has offices, laboratories and evidence storage sections.

The vehicle, which also has a rescue crane, can take images with a 360-degree camera system.

📌10 New Generation Criminal Investigation Vehicles, KIRAÇ, produced by @KatmercilerAS, was delivered to the Turkish General Directorate of Security.
📌KIRAÇ is aimed to makes it easier for investigating crime scenes in a planned and effective way.
🔗https://t.co/lgdZkLFGs0 pic.twitter.com/yYOKludfEE