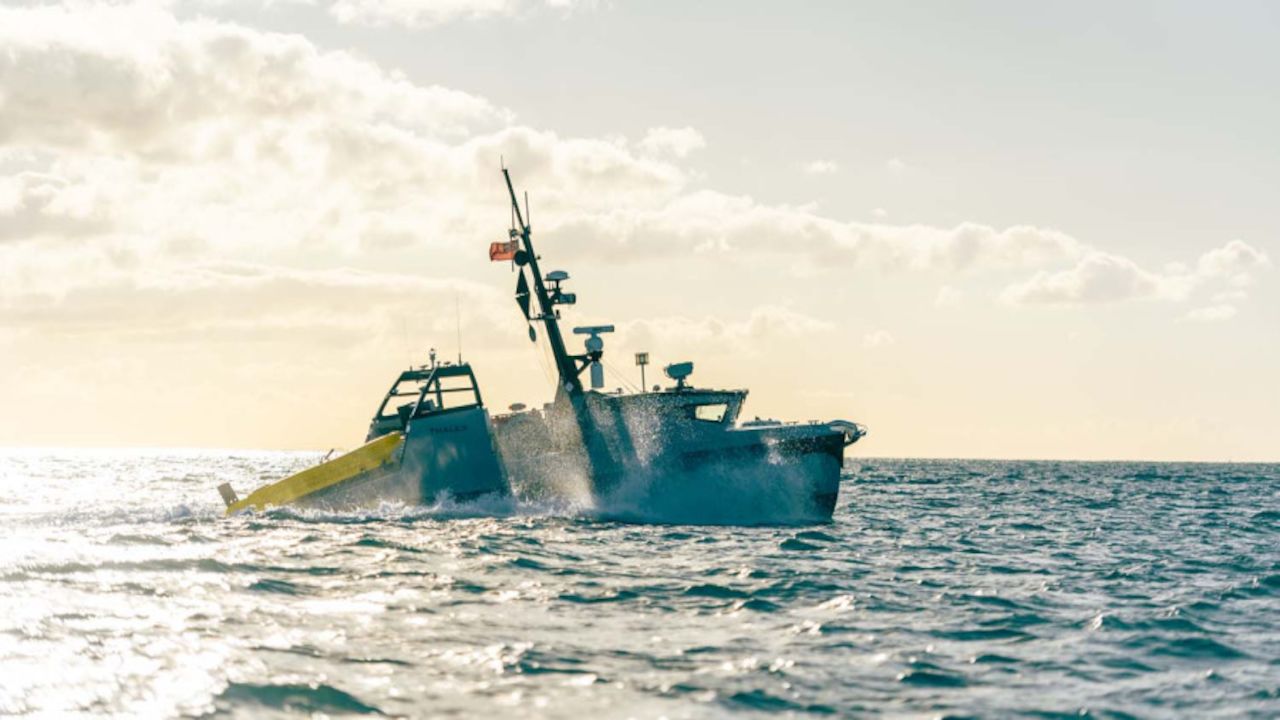 Cutting-edge autonomous mine hunters will change the way the Royal Navy counters the threat of sea mines and reduce the risks faced by sailors on the frontline.

Through this project, a joint British and French production contract will culminate in the autonomous kit being deployed in support of global Royal Navy operations.

Defence Secretary Ben Wallace said: “This £184m contract offers a huge leap forward for the Royal Navy’s autonomous capabilities in the detection and defeat of sea mines. These systems will protect vital shipping lanes, commercial traffic and our personnel from these deadly devices.

“The programme also underpins a deep and ever-strengthening relationship with France and marks the tenth anniversary of the Lancaster House treaties between our two nations.”

The investment follows the substantial £16.5bn settlement for defence over four years that will modernise the armed forces, reinvigorate the shipbuilding industry and bring jobs and prosperity to every part of the UK.

The Royal Navy is world leader in mine countermeasures, having been regularly called upon to deal with mines and other historic ordnance, left over from the Second World War, around the UK.

In recent times, the navy has been involved in minehunting operations across the world, including the Gulf and off Libya.

Following successful demonstration phase and trials completed this year, the new contract will produce three sets of minehunting equipment, consisting of an autonomous vessel, towed sonar and mine neutralisation system.

When used together, these three elements are known as the Primary System. This next-generation Autonomous Minehunting System is designed to replace conventional crewed minehunting vessels, such as the Royal Navy’s Hunt and Sandown class ships, with autonomous systems.

Commander Steve White, who is involved in the MCM programme at the Royal Navy, said: “The emerging technology associated with these Maritime Autonomous Systems are designed to replace the minehunters in the decade ahead, who have served the Royal Navy so well over the years.

“Our professional sailors who serve in these ships will transfer their skillsets across to these new systems and continue to provide the human decision-making interface, however they will be displaced further away from any mine threat making this new system far safer for them.”

First Sea Lord Admiral Tony Radakin added: “I am enormously excited by the potential of the future minehunting capability. This will allow us to deliver minehunting more effectively, more efficiently and more safely, and to integrate even more closely with our French counterparts in this important area.”

The contract sees a boost to companies in the UK with more than 200 jobs supported by the newly-signed contract.

The investment will see around 215 jobs supported in Thales sites in Somerset and Plymouth as well as the wider supply chain including L3 Harris in Portsmouth, Stonehaven in Aberdeen and Alba Ultrasound in Glasgow.

Three sets of equipment will be bought comprising of a portable operation centre, an autonomous surface vessel, towed sonar and mine neutralisation system.

The UK element was negotiated by Defence Equipment and Support (DE&S), the procurement arm of the Ministry of Defence.

DE&S chief executive Sir Simon Bollom said: “This cutting-edge equipment brings with it a step-change in capability for the Royal Navy which is a bold step into the digital and autonomous world. I’m incredibly proud of the DE&S and Royal Navy team who have worked tirelessly with our French colleagues to deliver this on contract.”

The first equipment is due to be delivered in late 2022. It will commence operational evaluation prior to entering service with the Royal Navy.