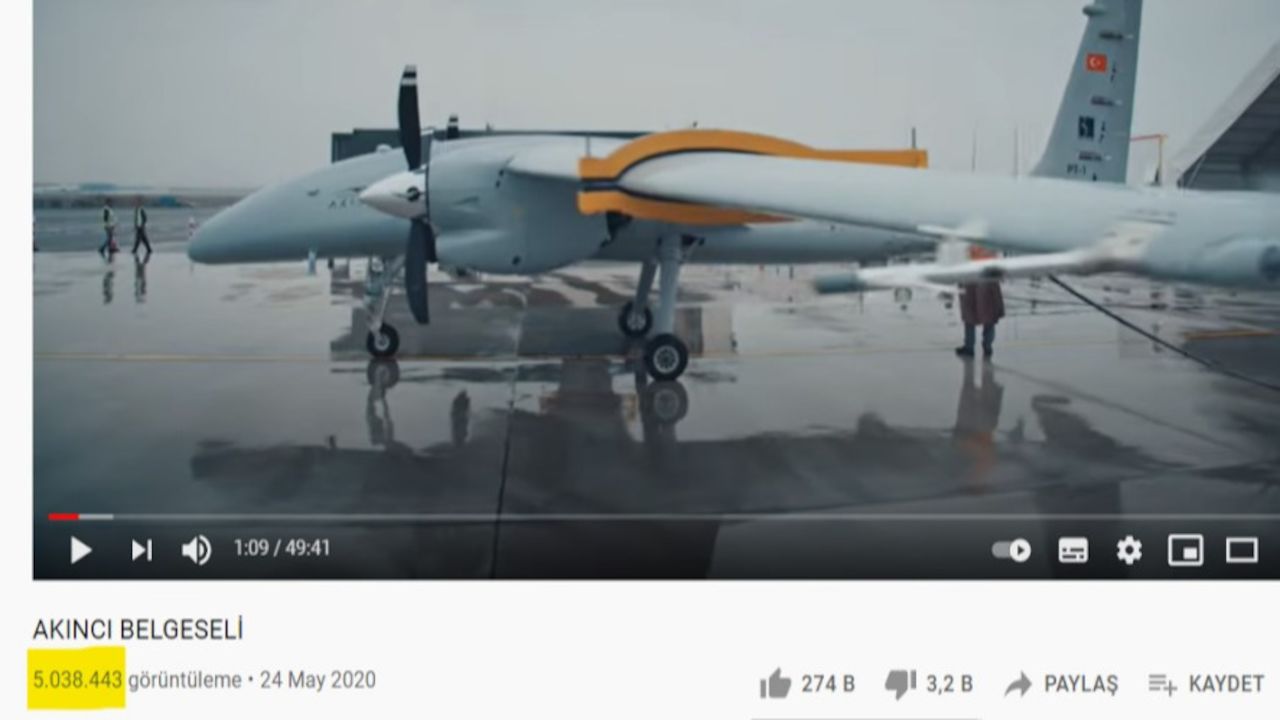 The "AKINCI" documentary release by Baykar Defense explaining the different development stages of the Bayraktar AKINCI unmanned Aerial vehicle (UAV), Turkey first offensive UAV, has been watched by over 5 million people all over the world.

The documentary, which explains the critical production phases and different development stages of the Bayraktar AKINCI UAV, was first released on Baykar Defense's YouTube channel on May 24, 2020.

The filming of the documentary which started in February 2019, was completed in about 15 months.

The documentary, shot in Turkish, has the option to be watched with subtitles in Arabic, English, Ukrainian, German, Urdu, Indonesian and Russian languages.