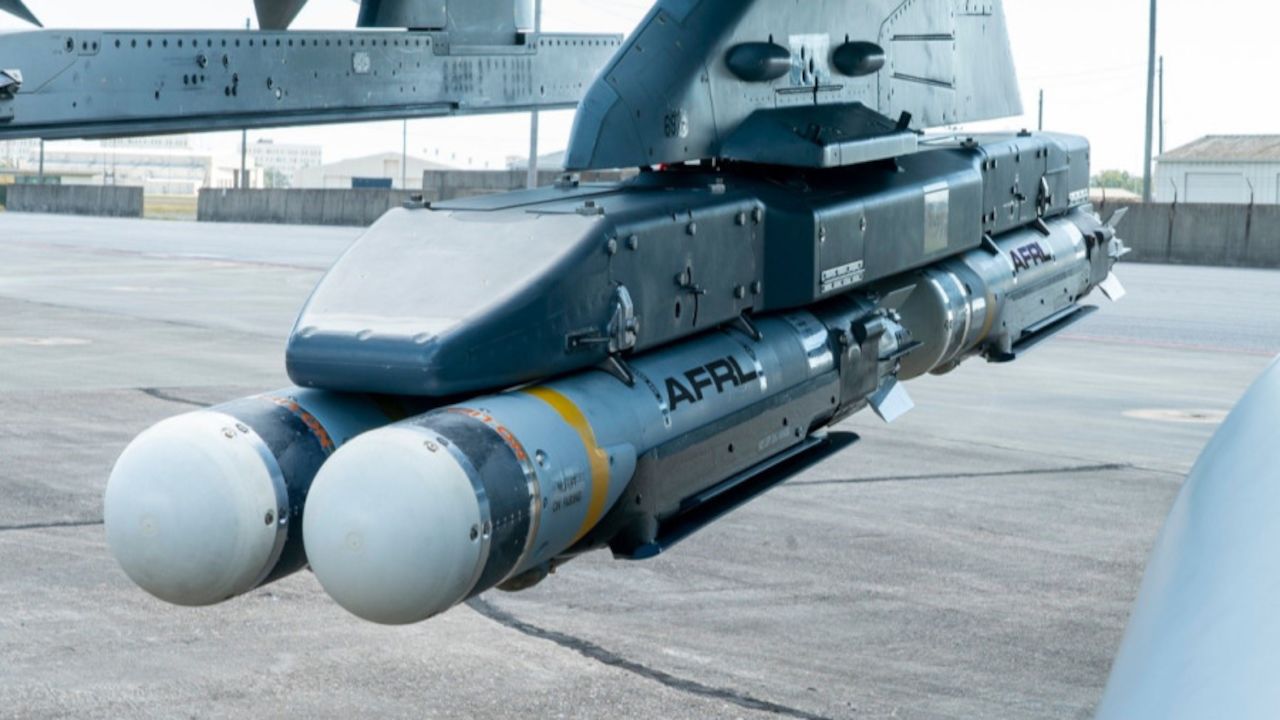 The three ongoing Vanguard efforts are Navigation Technology Satellite-3, Skyborg and Golden Horde. NTS-3 is an experimental position, navigation and timing satellite that will inform the design of future GPS satellites while providing additional capabilities to the war fighter on orbit. The Skyborg program is building a family of artificial intelligence-enabled drones that can serve as wingmen. The Golden Horde is developing a swarm of networked munitions that can autonomously attack multiple targets simultaneously.

AFRL wants to accelerate development of these three designated Vanguard programs while adding more in the coming years.

“I look forward to keeping this pipeline moving and energized with a steady flow of Vanguards coming and going,” Pringle said Feb. 24 during the Air Force Association’s Virtual Aerospace Warfare Symposium.

“At any given time in the coming years or in the future, we could have three to six Vanguards,” she continued. “So I’m really looking forward to the time when we have the pipeline greased so that we can add new Vanguards, or that we get to the point where we have failed fast or graduated some of the other ones.”

In regards to accelerating development, Pringle pointed specifically to Skyborg, which she described as being in the “crawl stage” of development, not the “walk or run stage.” While the program won’t be a fully formed capability anytime soon, she said, AFRL will begin flying and testing the various component capabilities in the coming year.

Pringle added that the Golden Horde program is making strides. In a test last week, the program moved from two collaborative munitions to four, and they were able to hit four separate targets simultaneously.

The Vanguard efforts are a key piece of AFRL’s Science and Technology Strategy 2030, which Pringle described as her No. 1 priority.

“The 2030 strategy is really our guideposts,” said Pringle. “And it takes two approaches to accelerating change.”

AFRL is splitting its investments between a top-down effort and a bottom-up approach. With the top-down process, the laboratory wants to develop strategies to address specific threats, using available technologies as the solution.

“Our goal is to achieve, or dedicate, up to 20 percent of our investments to this portfolio — this transformational, top-down strategy-driven design — by FY23,” said Pringle.

Second, AFRL wants to use a bottom-up approach by building a continuous pipeline of science and technology. That effort will help provide the enabling technologies needed to create those transformational solutions outlined in the top-down approach. AFRL will direct 80 percent of its portfolio to those science and technology building blocks, said Pringle.

“Looking into the next year, we want to keep this transformational technology on a fast track,” said Pringle. “We either want to succeed or fail fast and get out of that business.”

In developing those transformational technologies, AFRL is engaging in much broader stakeholder engagement.

“The Vanguard programs themselves, they involve acquisition partners, our PEO Program Executive Office] partners, major commands and field commands every step of the way to ensure success,” said Pringle. “And ultimately, the focus of a Vanguard program is the war fighter and getting to a transition on a quick timeline.”

In 2021, Pringle said her focus is on matching investments to these transformational technologies as part of the 2030 strategy, accelerating funding by fiscal 2023.

“Ultimately in the coming year, I want to fully implement the 2030 strategy because it’s helping us grow and mature these capabilities for war fighters. I want a set condition so that we have a steady stream of Vanguard programs as well as ideas and concepts as well as the building blocks from science and technology all across the lab.”