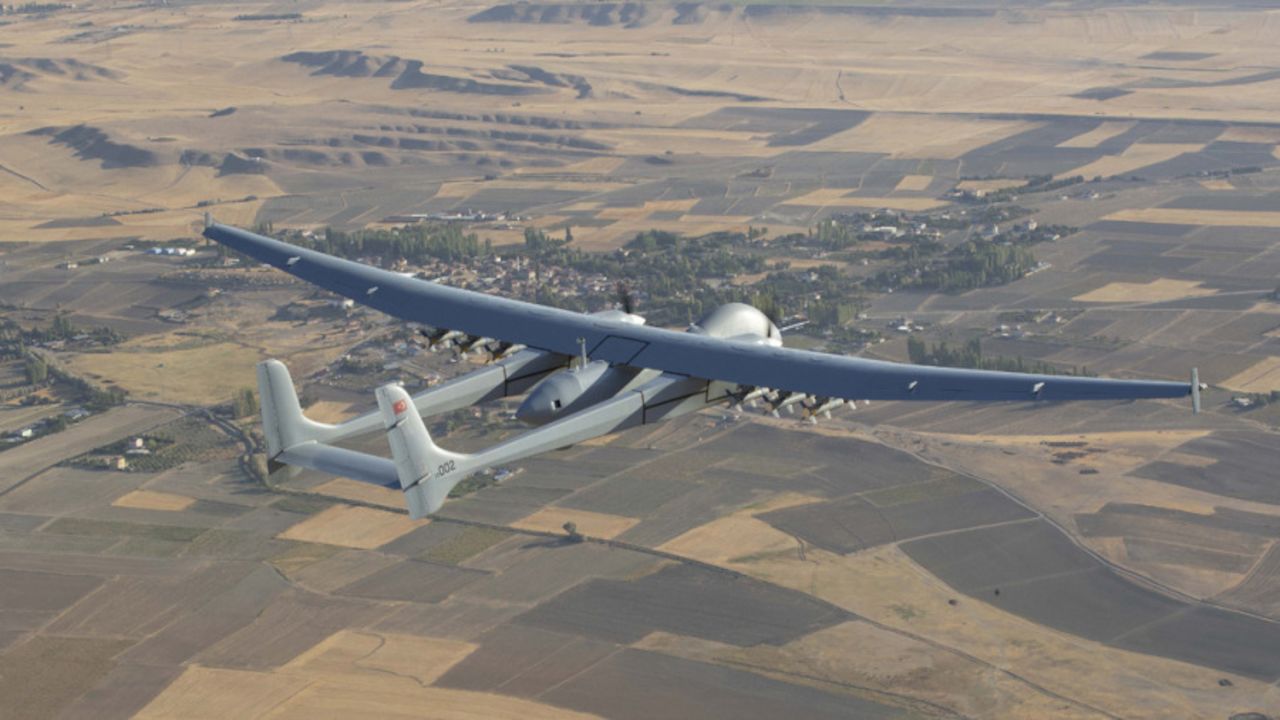 In a post made by Turkish Aerospace Industries (TAI) on Twitter, information was given on the latest developments of Aksungur.

In the post, it was stated that Aksungur flew carrying 12 units of the MAM-L ammunition for the first time at 20,000 feet altitude and for 28 hours straight.

Aksungur previously flew for 49 hours straight and drew attention to its abilities and future possibilities.

Aksungur is a Turkish nationally developed UAV which can carry out intelligence, surveillance, reconnaissance as well as attack missions in all weather conditions day and night besides having a 750 kilograms high payload capacity.

Developed by Roketsan, Aksungur flew the 28 hours straight while having its underwing 6 weapon stations loaded with 12 units of the MAM-L Smart Micro Munition.