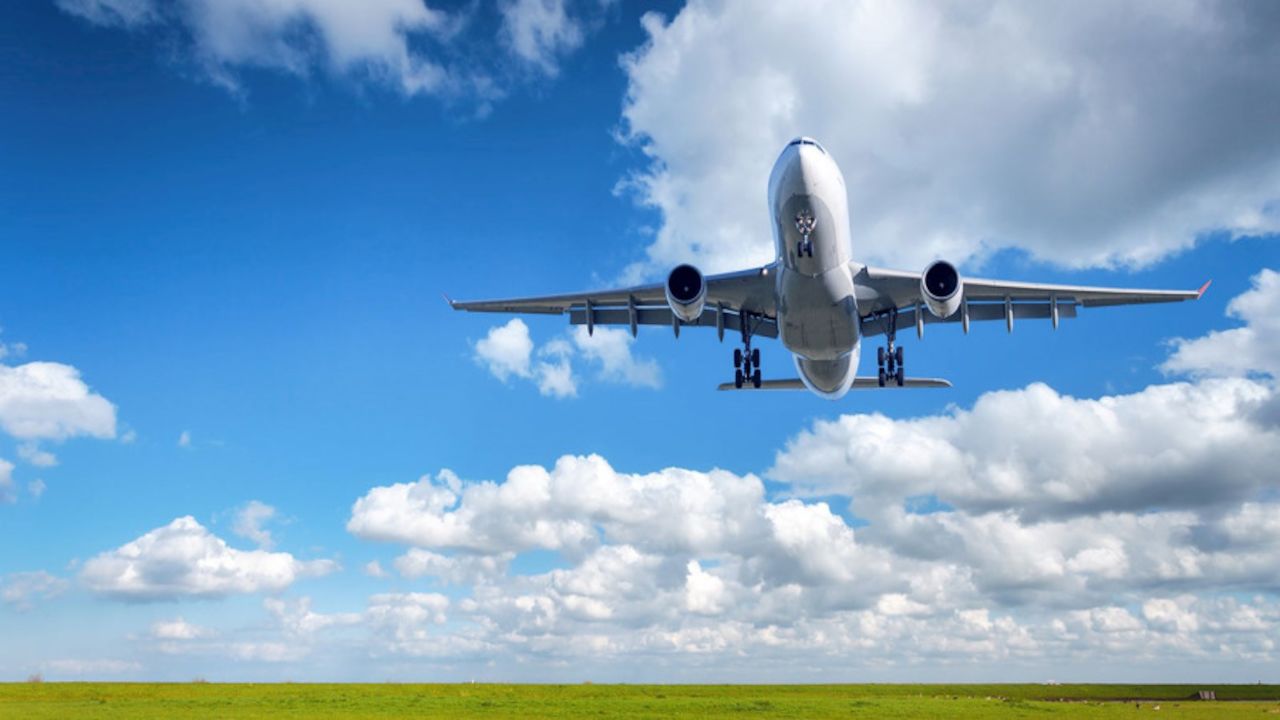 The Raytheon Technologies Research Center is developing a carbon-free propulsion system through the U.S. Department of Energy.

The answer to cleaner, more sustainable flight might be right under your kitchen sink.

Ammonia – the same stuff that has been keeping glass clean for eons – is the focus of a Raytheon Technologies Research Center project to investigate and test fuels that produce no carbon emissions. Under a $2.6 million research grant from the Department of Energy Advanced Research Projects Agency-Energy, or ARPA-E, Raytheon Technologies is developing a turboelectric aviation propulsion system that would use ammonia as both a fuel and a coolant.

As a fuel, ammonia has a few things going for it.

It’s good at conducting and absorbing heat, meaning you can get a lot of energy out of every drop. It’s also far less flammable than jet fuel, a bonus in terms of fire safety. And it doesn’t form “coke,” or the residue that hydrocarbon fuels leave behind under extreme temperatures. That also makes ammonia an attractive coolant – it can absorb heat as it flows through the engine without dirtying things up like a hydrocarbon fuel would.

But the biggest draw of all is that, unlike other alternative fuels, it produces absolutely no carbon emissions.

“People are talking a lot about biofuels. In all those cases, you’re still depositing carbon in the atmosphere,” said Lance Smith, the project’s principal investigator. “There are only two fuels that don’t do that. One is hydrogen. The other is ammonia.”

Both can be used to power a plane, but ammonia has at least one key advantage: it’s much easier to store as a liquid. Liquid ammonia needs to stay around -33 degrees Celsius, give or take. In the air, that’s easy: -33 degrees Celsius is just about the temperature of the air at cruising altitude. On the ground, you’d either have to refrigerate or sacrifice a bit as boil-off.

Hydrogen, by contrast, would require a lot more refrigeration, both on the ground and in flight; it needs to stay below 20 Kelvin, or approximately -253 degrees Celsius.

Now here’s the interesting part: when ammonia decomposes, it breaks down into molecules of nitrogen and – hey, look at that – hydrogen. So basically, using ammonia as a fuel is “kind of a workaround to the challenges of carrying hydrogen on an airplane,” Smith said.

How an ammonia-powered plane engine would work

Before any pilots out there start dumping glass cleaner into their fuel tanks – not recommended, for the record – there are a few things to explain.

It starts as a liquid in the fuel tank, likely in the wing of the aircraft. From there it goes into a pump for pressurization, then to a heat exchanger, which warms it to a gaseous state.

Then it’s off to something called a catalytic cracking unit, where it receives even more heat and starts to decompose. By this point, the fuel has significantly more energy than when it left the fuel tank – and now it’s ready to go into the combustor and propel the plane forward.

With, of course, no carbon emissions.

Addressing the challenges with ammonia as a jet fuel

So, wait. If ammonia is such good fuel, why didn’t we start using it on a huge scale a long time ago?

For starters, it’s heavy, and whenever you add weight to an airframe, you increase the amount of energy it takes to propel it.

“It’s not an impossible hurdle to get over,” Smith said. “You can carry the extra weight. But we’re trying to minimize the penalty.”

It’s also toxic. And that means you need procedures in place to transport it en masse. Luckily, industries such as agriculture have been doing that for a long time.

“People know how to handle it. There are procedures in place,” Smith said, “but those procedures haven’t been implemented in the aerospace world.”

The good part about those problems is that they can be solved, Smith said. And whatever effort it takes to solve them will be worth it if it means putting carbon-free flights in the air.

“It’s really important to work on technologies that will provide a clean future,” Smith said. “Combustion is a very mature field, and this is something that’s kind of a leap forward. It’s exciting to get in on the ground floor of that.”

Acknowledgment: “The information, data, or work presented herein was funded in part by the Advanced Research Projects Agency-Energy (ARPA-E), U.S. Department of Energy, under Award Number DE-AR0001343. The views and opinions of authors expressed herein do not necessarily state or reflect those of the United States Government or any agency thereof.”