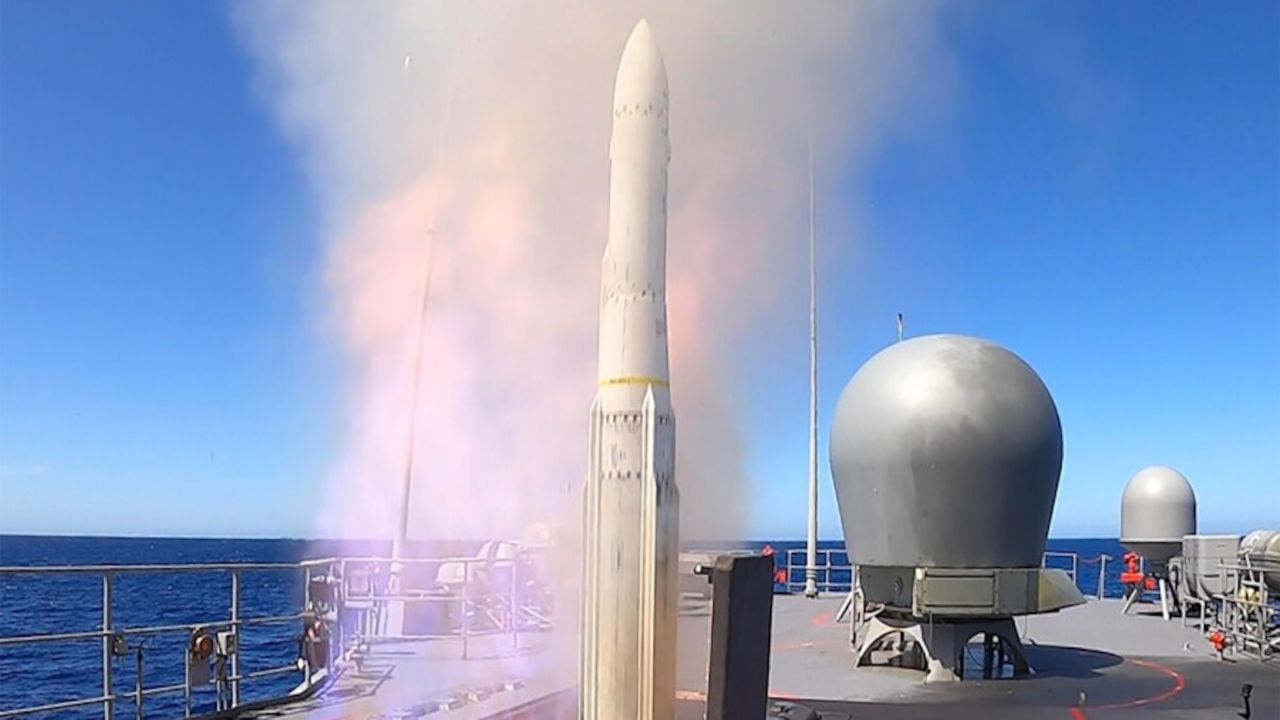 Australia’s defense minister announced initiatives Monday that will fund early development work on a range of advanced guided weapons and new mine countermeasures/hydrographic ships for the Royal Australian Navy.

The guided weapons program, to be developed under Project Sea 1300, is part of a 20-year, AU$24 billion (U.S. $19 billion) investment in maritime weapons that will deliver long-range anti-ship missiles, extended-range surface-to-air missiles, advanced lightweight torpedoes and maritime land-strike capabilities to the Navy.

Under Project Sea 1300, the Australian government will continue to invest in the international development program for the Evolved Seasparrow Block 2 surface-to-air missile. Funds will also be used to further develop the SM-2 Block IIIC and SM-6 Block I missiles.

The weapons upgrades will be integrated into the Navy’s current and future major surface combatant fleet, beginning with the eight Anzac-class frigates, which are undergoing a series of upgrades via a midlife capability assurance program.

“All of these new weapons will enhance the protection of our maritime resources and also our nation’s border. They will also hold potential adversaries out to much greater distances — up to 1,500 kilometers 932 miles],” Defence Minister Linda Reynolds said.

Reynolds added that the investment is in line with the recent Defence Strategic Update, which noted that “a number of nations” in the Asia-Pacific region are developing maritime capabilities, including sophisticated long-range strike weapons.

“These announcements are not about any one nation in particular. They are about ensuring Australia has the sovereign capability in the maritime, land and air domains to protect our nation from any potential threats,” she said.

Reynolds also announced that the government will acquire eight new, role-adaptable ships for mine countermeasures and hydrographic missions under Project Sea 1905. The new ships will be a variant of the Arafura-class offshore patrol vessels currently under construction for the Navy and will be built at Henderson in Western Australia.

The government previously promised to build three vessels for the mine countermeasure and hydrographic roles; the new commitment for five more ships will attract an additional investment of AU$5 billion.

“The Department of] Defence has also released an invitation for Australian industry to provide us with a toolbox of robotic and autonomous systems for these eight new vessels,” the minister said. “And I would encourage all Australian companies — and we have many companies who are at the leading edge of autonomous systems, vehicles and vessels — to have a look at this and to work with Navy to develop options,” she said.