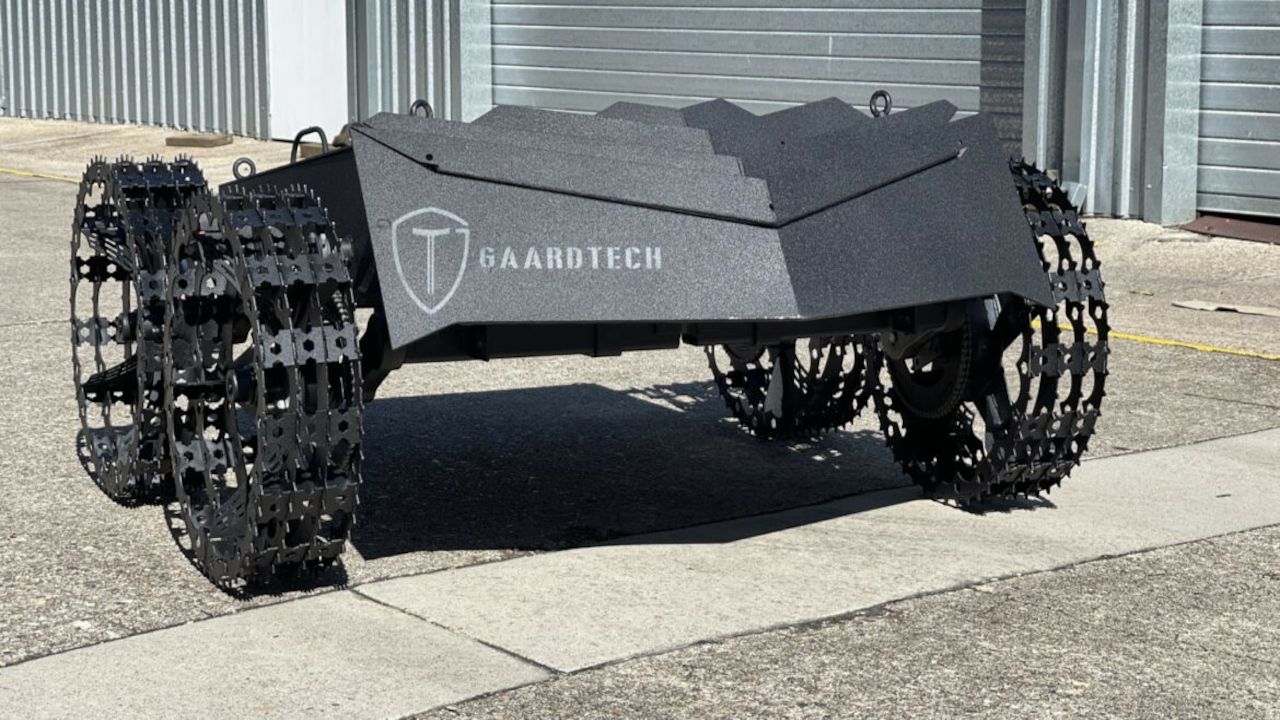 Designed for enemy ambush, the wheeled robot can silently observe targets with its autonomous image analysis function. When it identifies a potential target, the platform switches into either Goliath or Chariot mode, depending on whether the target is personnel or a vehicle.

In Goliath mode, the cutting-edge technology can carry out a kamikaze attack to destroy any enemy vehicle it detects. When it activates Chariot mode, the robot can engage targets using an undisclosed weapon. Reports say the robot carries a 7.62mm medium machine gun or a 6.5mm sniper rifle.

The Jaeger-C is also equipped with an armor-piercing shaped charge said to be comparable to the 20-pound warhead on the FGM-148 Javelin. It reportedly has a considerable advantage when attacking thinly-armored tanks.

The bulletproof platform has a maximum speed of 50 miles (80 kilometers) per hour, making evasive action difficult for adversaries.

Last year, GaardTech uploaded a video showing a swarm of Jaeger-C robots carrying out a coordinated attack on a target from different angles. The video shows the last robot approaching the target to confirm that it has been destroyed.

Another exercise was conducted in July where the vehicle took 50 rounds of 7.62mm sniper fire at 50 meters (164 feet). The company said the amount of fire the Jaeger-C took was equivalent to two bursts of fire from a machine gun mounted on a military tank.

After the test, GaardTech revealed that the outer layer of the robot’s armor was damaged but not penetrated. Its second and third layers were not affected.

“MG [machine gun] fire has nil effect on Jaeger-C,” the company wrote on social media at the time.