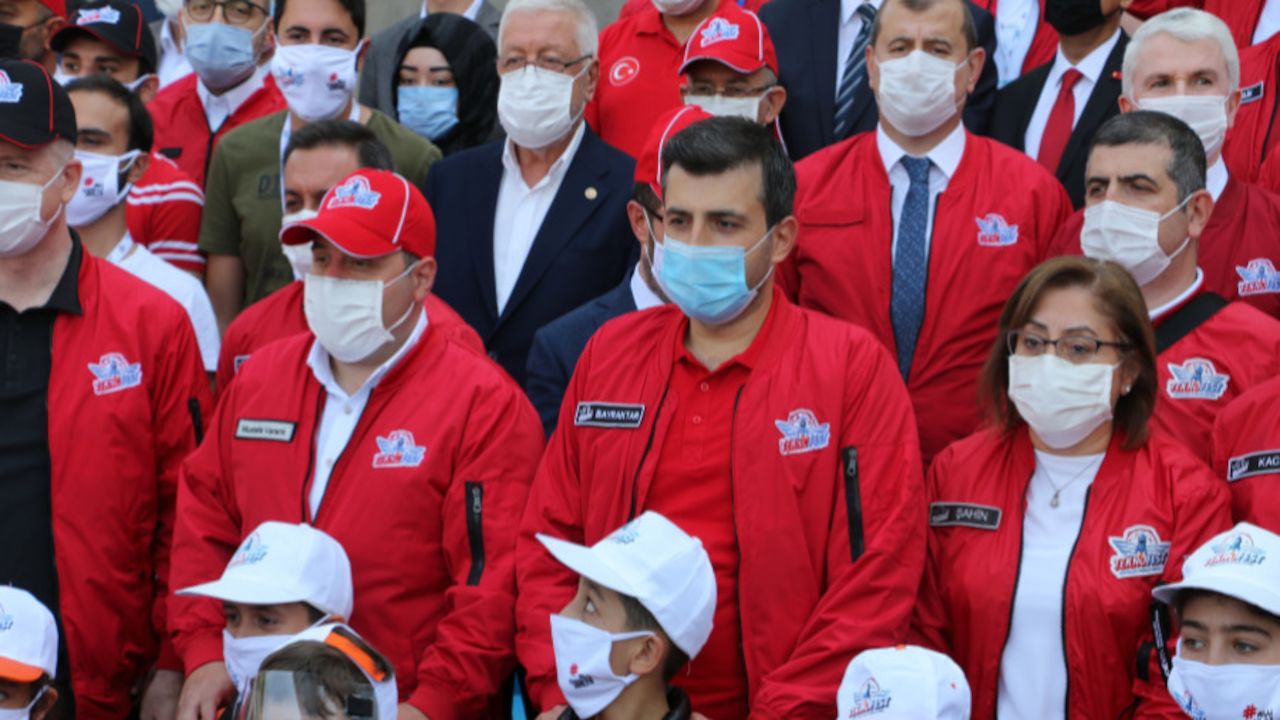 Organized for its 3rd edition under the leadership of Turkish Technology Team Foundation and Ministry of Industry and Technology, Aviation, Space and Technology Festival TEKNOFEST 2020 has kicked off today.

The Turkish Minister of Industry and Technology Mustafa Varank, Gaziantep Governor Davut Gül, Gaziantep Metropolitan Municipality Mayor Fatma Şahin, TEKNOFEST Chairman of the Board Selçuk Bayraktar, managers of defense industry companies, Gaziantep residents and young people participating in the competitions, walked from the front of the Panorama Museum to the Castle of Gaziantep by that initiating TEKNOFEST.

Following the opening speeches in front of the Gaziantep Castle, a flag raising ceremony and a special airshow by the Turkish Stars team were organized.

In his speech at the opening ceremony of TEKNOFEST 2020 in Gaziantep, Minister of Industry and Technology Mustafa Varank said, "Interest in TEKNOFEST is increasing exponentially each year. 4 thousand and 333 teams competed in the first year of the festival, and the number of competing teams increased to 17 thousand and 773 on our second year. This year, more than 100 thousand competitors applied to TEKNOFEST, this is really a huge number.”

The first day of the festival will be concluded with demonstration flights with the Turkish Atak helicopters.

TEKNOFEST seeks to increase youth interest in the manufacture and development of national and local technologies. Also, TEKNOFEST is now a very important platform in the implementation and realization of projects and ideas of these young people on the real world.

Approximately 5 thousand out of 100 thousand young people who applied to technology competitions organized in 21 different categories within the scope of the festival will compete as finalists.