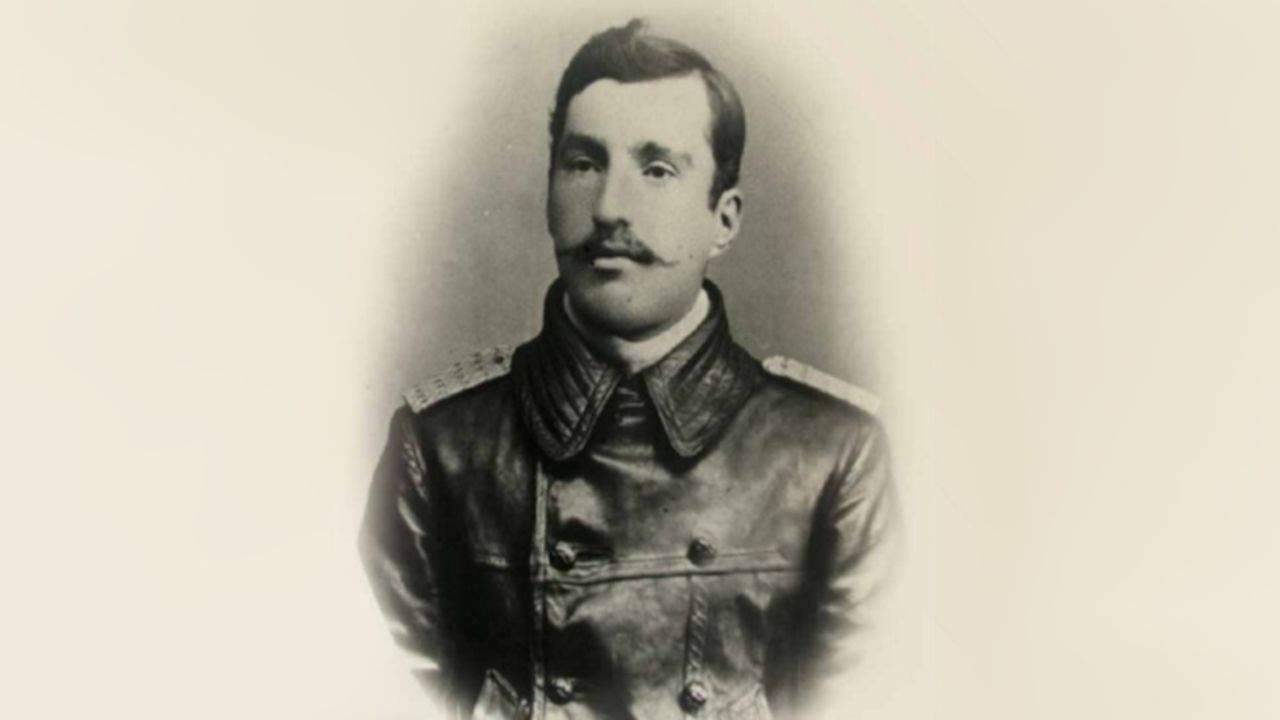 Aviator Nuri Bey, who managed to fit wars, success, and the sky in his life of 23 years, is one of the greatest heroes in the history of aviation in Turkey. As one of the first pilots to sacrifice his short life to his country, Nuri Bey’s great legacy is as valuable as ever.

“With his testimony, your son served the reputation of the Ottoman army and contributed to its improvement. His name will be remembered forever.” In 1914, Enver Pasha used these words to talk about aviator Nuri Bey, one of the first pilots of the Ottoman Empire.

Aviator Nuri Bey was one of the brilliant people who lived during the “longest century” of the empire. Like many of his peers from the same generation, he dedicated his talents and life to his homeland. And, like many of his peers, he managed to fit many records and firsts in his very short life story. When he died at the age of 23, the nation was overcome with a great sorrow.

The fact that Nuri Bey’s magnificent life came to an end with a horrible disaster left behind the question, “What else could he have achieved if his life hadn’t ended this way?” Today, 106 years after his death, Nuri Bey’s many achievements are still commemorated with a deep sense of gratitude.

A 23-year-long life full of achievements

Nuri Bey was born in 1891. Like other brilliant minds of his generation, he enrolled at the Military Academy at the age of 16 to continue his education and to serve his homeland. In 1910, he graduated as a lieutenant. His graduation, which coincided with the beginning of aviation in the country, triggered a series of events which led to the building of his reputation as aviator Nuri Bey.

The Council of Aviation, which was founded as part of the aviation operations that accelerated when Italians attacked Tripolitania, i.e. Libya, decided to send a group of distinguished officers to Europe to purchase airplanes and to train the pilots who would fly them. To this end, Nuri Bey was chosen among the officers who would be sent to the Bucq Flight Academy in France. The training began in April and ended in June, when Nuri Bey finally returned home as an aviator.

Continuing his studies at the San Stefano (Ayastefanos) Aviation School in Yeşilköy, Nuri Bey was renowned for three very successful flights. Having reached an altitude of 1,500 meters twice in Istanbul and once in Hadımköy, Nuri Bey was rewarded with a certificate of achievement for his impressive performances.

In 1912, which marked the beginning of the Balkan Wars, the Ottoman Empire started to reap the fruits of its investment in aviation. Nuri Bey performed a reconnaissance flight, which took off at San Stefano, continued through B and ended in Terkos, lasting a total of one hour. When the flight was over, he was given a prize money of 5,000 kurus.

During the Second Balkan War, Nuri Bey carried out operations with his comrades which made a great contribution to the Ottoman army. Nuri Bey in his R.E.P. aircraft was positioned in the left wing of national aviators on reconnaissance flights.

After the Balkan Wars, Ottoman aviation and Nuri Bey focused on long-distance flights. The first long-distance flight between Edirne and Istanbul was a result of these endeavors. Completing a total of 240 kilometers in 3 hours and 5 minutes, Nuri Bey flew the aircraft Prens (Prince) Celalettin and landed at San Stefano with Hami Bey. During this flight, which was performed with a Deperdussin-type aircraft, the aircraft had neither a compass nor altitude and speed indicators. They only used a portable barometer on this flight which was carried out by sight and employing manual methods. Nuri Bey would lose his life in a long-distance flight trial.

In this period of incessant wars, the French operated a Paris-Istanbul-Cairo flight in 1913, which caused great admiration in Egypt and the world. Ottoman officials, who were closely following aviation developments around the world, wanted to operate an Istanbul-Cairo flight as a response. Enver Pasha cared about this project and saw this emblematic flight as a way to erase the sorrow caused by the Balkan Wars.

Captains Nuri and Fethi Bey were chosen for the Istanbul-Cairo flight. Nuri Bey, who would fly the aircraft Prens Celalettin with İsmail Hakkı Bey, made preparations for 2,500 kilometers. The route of the flight was planned as starting in Istanbul and ending in Cairo via Eskişehir, Afyonkarahisar, Konya, Ulukışla, Adana, Aleppo, Homs, Beirut, Damascus, Jerusalem, Arish, and Port Said.

On February 8, 1914, the flight began with various misfortunes and setbacks. Nuri Bey had to return from Bursa to San Stefano due to the fog. Then, the aircraft’s engine broke down and Nuri Bey had to land in Iznik and travel to Lefke. He took off again from Bilecik, but when the aircraft's petrol tap broke, he had to land in the village of Poyra. Meanwhile, Nuri Bey broke new ground with the first air mail service by delivering the mail he picked up in Lefke to Bilecik. After the repairs, Nuri Bey set off again and had to land due to the fog once more. He took off from Akşehir and, due to engine breakdown, he landed in Osmaniye before he managed to arrive in Konya. After another round of repairs, Nuri Bey attempted to take off from Konya a few times but failed due to harsh weather conditions. He then flew over the Taurus Mountains for an hour and to Ankara. Meanwhile, Fethi Bey, who took off with Nuri Bey, had an accident, killing both himself and his aerial observer Sadık Bey.

The experiences he left behind

Unfortunately, Nuri Bey shared the same fate with Fethi and Sadık Beys. After following the Aleppo-Damascus-Beirut- Jaffa route and taking off from Jaffa, he lost control of the aircraft in adverse wind and crashed into the sea. Although the people from the shore managed to save İsmail Hakkı Bey, it was too late for Nuri Bey.

After this tragic accident, aviator Nuri Bey earned himself a place in history as a prominent name who managed
to fit many firsts and achievements in his short life. As one of the first heroes of his country’s history of aviation, his experiences shed light on the path of the many who followed him.

May the heroic aviator Nuri Bey rest in peace.