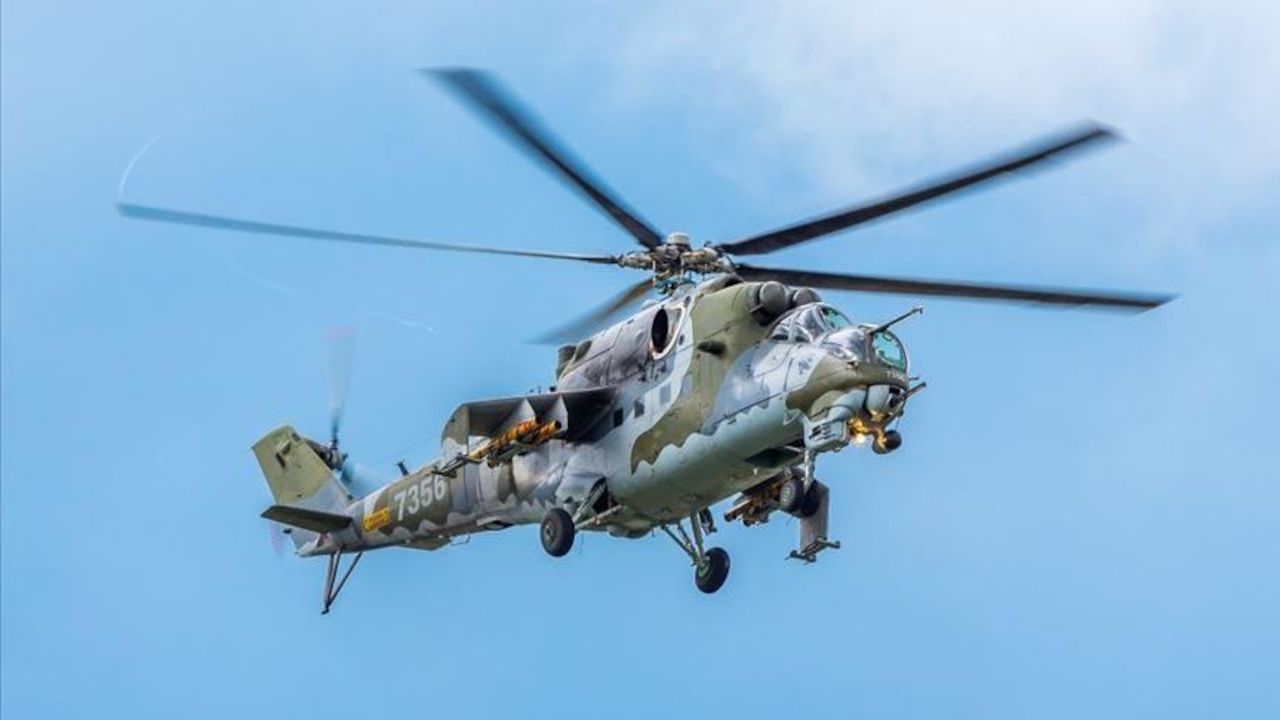 As rocket hits, Russian military helicopter crashes in Armenia, killing 2 on board.

Azerbaijan said on Monday that it downed a Russian military helicopter near its border with Armenia by accident.

Azerbaijan is ready to pay "appropriate compensation," the ministry added.

The statement came after the Russian Defense Ministry said that the Mi-24 helicopter accompanying a Russian military convoy was hit by a missile in Armenia, killing two on board.

The helicopter was downed by a missile near Yerask, close to the border between Armenia and Nakhchivan, an autonomous region of Azerbaijan, the ministry added.

The helicopter was flying close to the border between Armenia and Azerbaijan at a low altitude in the darkness during active military battles, Azerbaijan's Foreign Ministry said.

The flight was being carried out outside the radar detection zone of the air defense system.

No helicopters of Russian air forces had been previously observed in the area, it added.

Azerbaijani forces decided to open fire during active fighting with the Armenian side.

Also, Azerbaijan extended its deepest condolences to the families of the crew members killed and wished a speedy recovery to the injured.