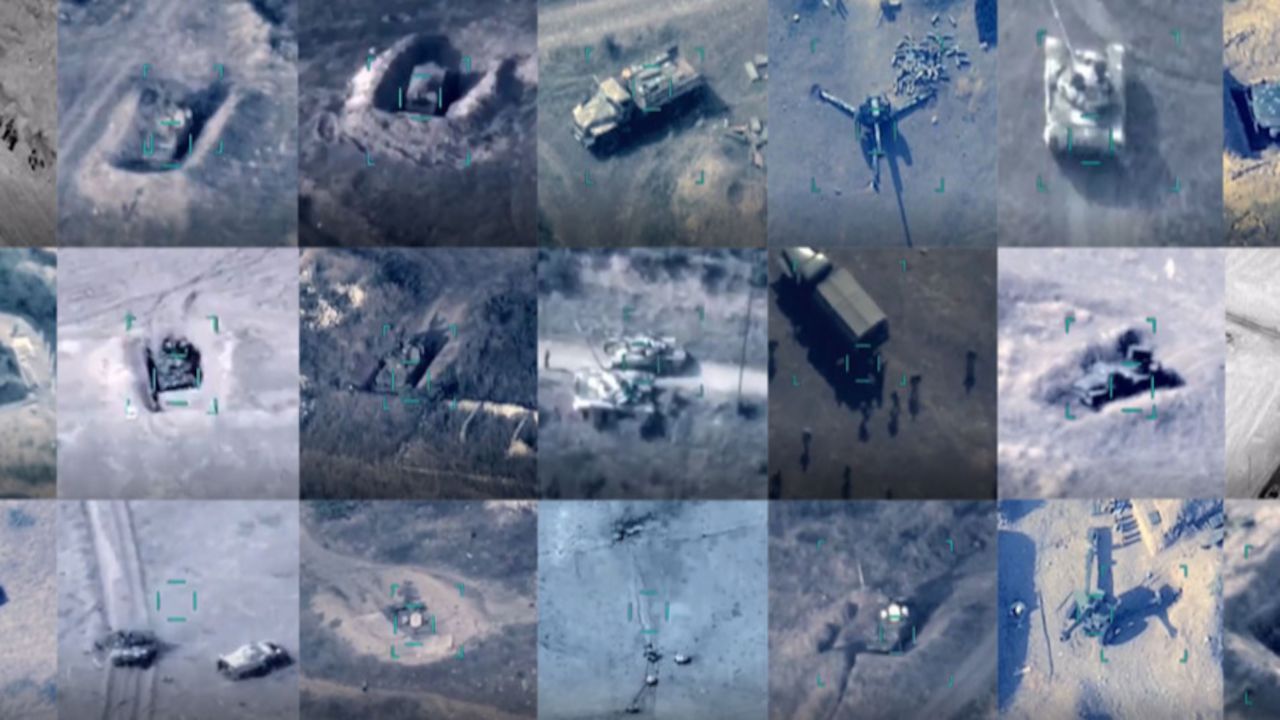 The Azerbaijani Ministry of Defense broadcasted scenes of the destruction of a large number of Armenian military vehicles, Artillery and equipment by the Turkish-made Bayraktar UAVs, while the scenes also clearly show the fall of a large number of dead and wounded soldiers among the Armenian army.