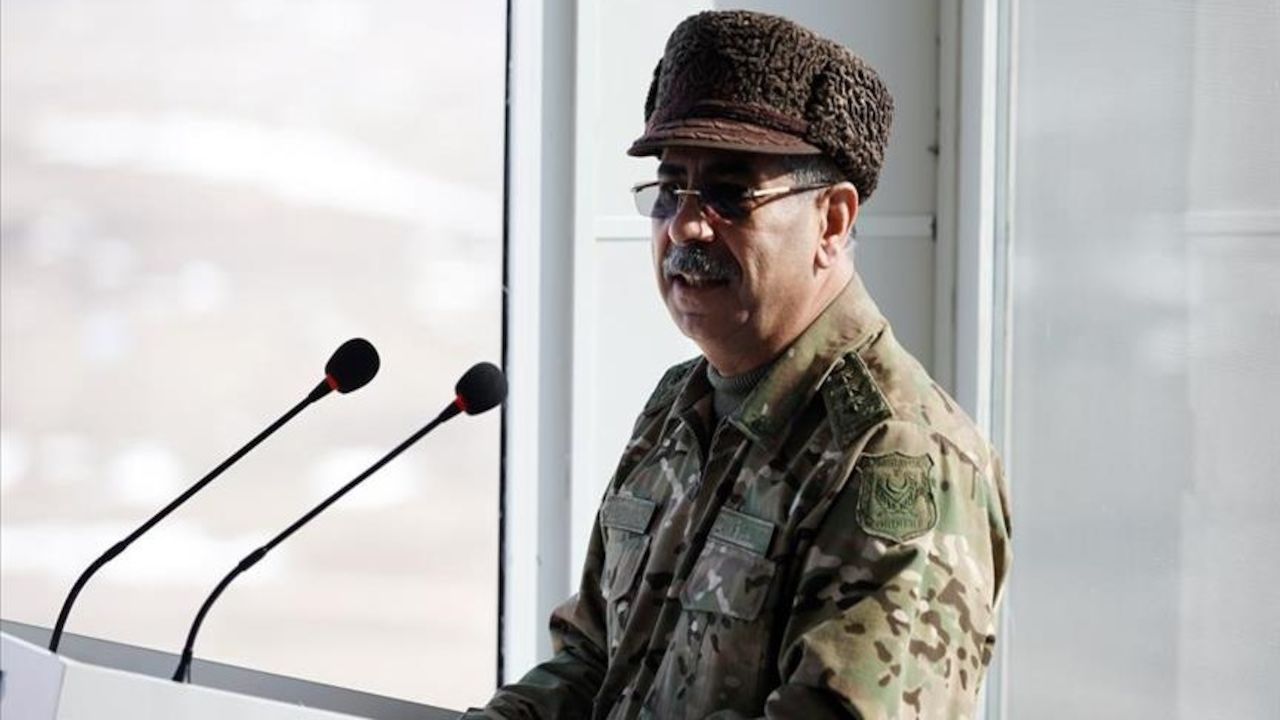 "We Azerbaijani Armed Forces] have strong cooperation with our brotherly country. It is important for us to benefit from the experience of the Turkish Armed Forces," Azerbaijan's Defense Minister Zakir Hasanov told reporters in Kars, Turkey, during joint Turkish-Azerbaijani exercises.

He said the exercises are being conducted to ensure cooperation and coordination between the armed forces and to test opportunities and capabilities of operations in the deep snow and severe cold.

The history, religion and culture constitute deep-rooted ties between the two countries, he said, adding that late President Heydar Aliyev’s principle of "one nation, two states" continues sanguinely under the guidance of Azerbaijani and Turkish leaders.

Hasanov pointed out that the presidents of the two states have made a "big contribution" to the continuation of relations and brotherhood between the countries.

He also noted that Azerbaijan put an end to the 44-day war of the nearly 30-year occupation of lands by the Armenian forces, saying Turkey was always alongside Azerbaijan.

The stance of Turkey during the Armenia-Azerbaijan conflict was the "sign of the union" between the two countries, he said.

"During the war, Turkey drew its policies and was at our side. It was with us with political, moral and diplomatic means," he said.

Hasanov emphasized that the world has seen that a Turkey-Azerbaijan unity and brotherhood is "unshakable and eternal."

"The fact that Turkey has stood by us, honored us, even more, gave us strength. We have freed our occupied lands from occupation by taking advantage of this power. Azerbaijani people appreciated this very much. I want to thank you for the great support Turkey has given us."

The minister underlined that the Karabakh war strengthened relations between Turkey and Azerbaijan even more, and reiterated that the armies of both countries marched in a military parade in the capital, Baku, following the war.

"The Azerbaijani people have shown their support for this historic day with the flags of Turkey and Azerbaijan," he added.

Relations between the former Soviet republics of Azerbaijan and Armenia had been tense since 1991 when the Armenian military occupied Nagorno-Karabakh, also known as Upper Karabakh, internationally recognized as an Azerbaijani territory, and seven adjacent regions.

During the 44-day conflict, Azerbaijan liberated several cities and nearly 300 settlements and villages from the nearly three-decade-long occupation.

In November, Azerbaijan and Armenia signed a Russian-brokered peace deal to end fighting.

The truce is seen as a victory for Azerbaijan and a defeat for Armenia.