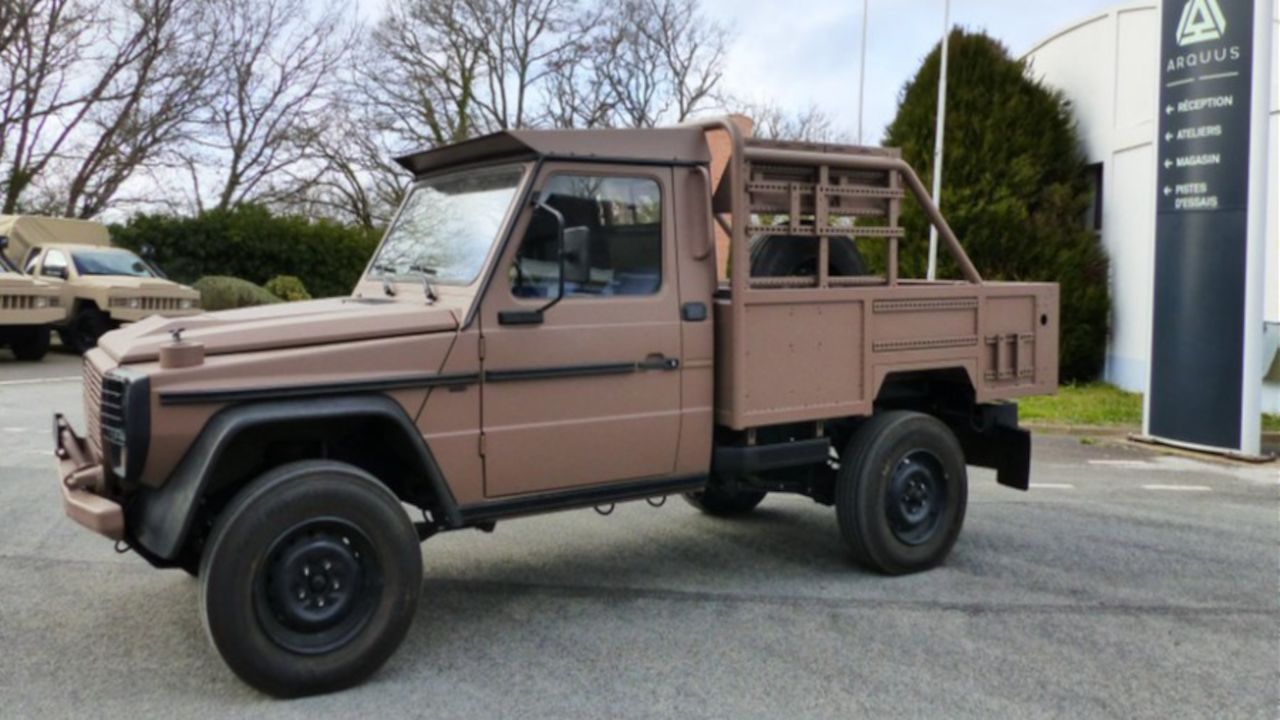 On October. 15, 2020, French armored vehicle manufacturers Arquus has announced that it delivered the last P4 VIPAIR vehicle to the French Air and Space Force, in accordance with the contractual commitments.

Initiated in 2016, the VIPAIR program aimed at transforming a batch of 19 P4 ASPIC vehicles of the French Air and Space Force into P4 VIPAIR (Véhicule d’Intervention et de Projection Air – Air Intervention and Projection Vehicle), designed for the training of Air Parachute Commando units and for projection in foreign operations.

As noted by the company, the P4 ASPIC, which provided with the base to be modified, was a P4 light liaison vehicle fitted with a reinforced chassis, designed to carry an ASPIC short-range anti-aircraft weapon system. Of the  24 P4 ASPIC vehicles in service with the French Air and Space Force, 19 were to be converted into  P4 VIPAIRs, the other 5 being kept in reserve for other uses.

The P4 VIPAIR was to be equipped with a multi-purpose platform and weapon mounts, enabling it to carry out liaison and intervention missions for the French Air and Space Force.

A first prototype, developed and produced at the Arquus site in Marolles-en-Hurepoix, was tested and approved by the French defense procurement agency, the Direction Générale de l’Armement – Techniques Terrestres (DGA TT), in May 2017. Arquus then conclusively verified the technical feasibility of upgrading the safety systems on the chassis of the 18 vehicles and the prototype. In  May 2018, the French Air and Space Force entrusted Arquus with the transformation of the 18 ASPIC  vehicles and the VIPAIR prototype into 19 VIPAIR vehicles to the final standard selected.

In September 2018, the definition of the vehicle was adjusted on the prototype in order to launch the mass production of the 19 vehicles. The French Air and Space Force then expressed additional requests regarding the rear platform, the back window and the painting of the vehicles.

In total, the program included: technical upgrading of the vehicles on a case-by-case basis,  equipping the chassis with a multi-purpose platform, fitting several accessories such as a circular ring mount, roll bars, spare wheel and jerrycan holders, as well as painting the vehicles in Brun Terre de France. All these operations totaled several dozen hours of work per vehicle. The VIPAIR P4s  were also officially probated to take into account the modification of the vehicles’ Gross Vehicle Weight Rating (GVWR).

Production was launched in September 2018, and the delivery of the last vehicles was scheduled for the end of 2020. The first VIPAIR P4 was presented to the French Air Force in March 2019 at the  Arquus site in Saint-Nazaire. Production was then continued at the same pace as the French Air  Force made the vehicle bases available.

A first series of three vehicles was delivered in April 2019, a second in July 2019, a third in November  2019, and a fourth in March 2020, immediately before the COVID health crisis. The last 6 vehicles were handed over to the forces from September 16, 2020, and the last one left the Arquus site in Saint-Nazaire on October 15. They have been deployed to various French Air Force bases, where they were positively received.

Halfway between industrial repair and original equipment manufacturing, the VIPAIR program involved a dozen or so personnel from Arquus’ Marolles-en-Hurepoix and Saint-Nazaire sites, for both design and production.