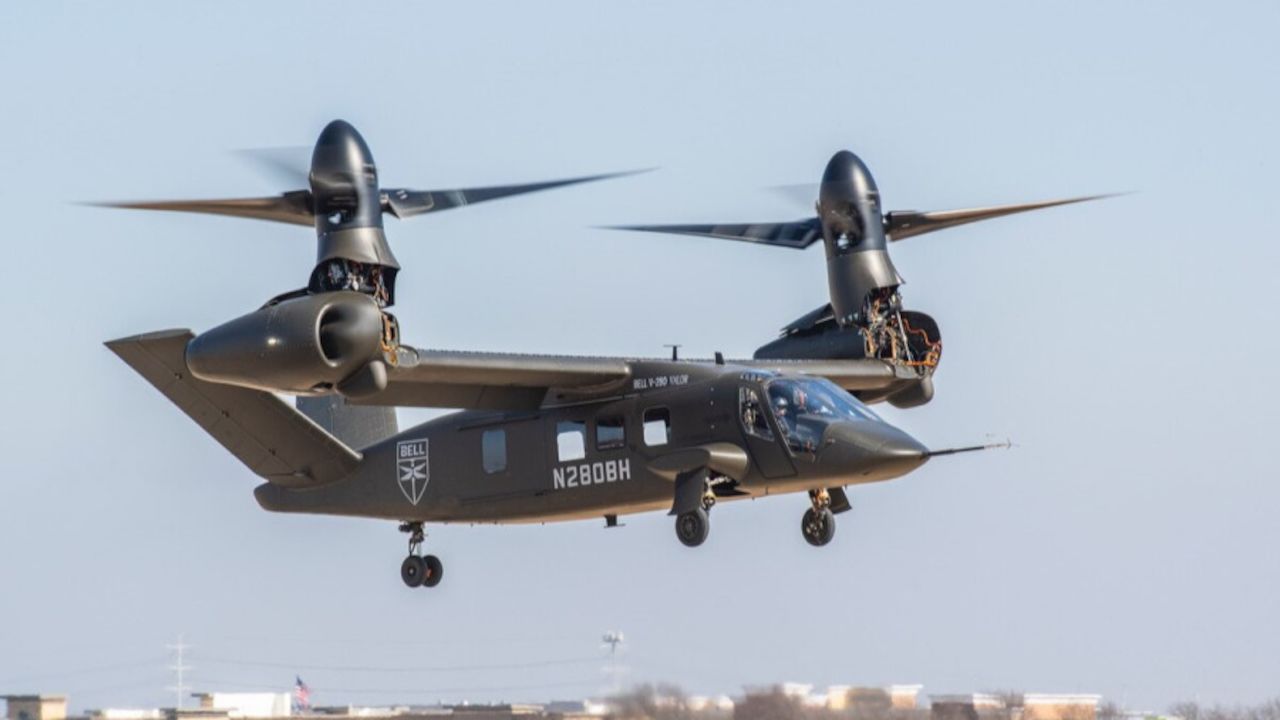 In a press release by Bell Textron Inc., the company announced that it has demonstrated two capabilities that highlight the Bell V-280 Valor’s ability to execute mission relevant maneuvers, as well as integrate new technology. The demonstrations, held at the Bell Flight Research Center in Arlington, TX, included use of a newly installed Tactical Common Datalink (TCDL) from Team Valor member Lockheed Martin and completion of sling load sorties highlighting the V-280’s ability to carry external cargo.

“These new test milestones continue to bring proof that the V-280 Valor is an agile platform able to deliver a wide variety of operationally relevant capabilities to warfighters,” said Keith Flail, executive vice president Advanced Vertical Lift Systems at Bell. “Our team, with the support of Team Valor members, has completed every test that we have thrown their way to reduce risk for the program and show its unique value to warfighters.”

In the TCDL demonstrations, Bell showed the ability of the V-280 team to design, integrate and test new mission equipment capability. During the initial testing, the team successfully transmitted information between the aircraft and the ground station including basic flight data such as airspeed, altitude, and attitude. TCDL is another operational capability being demonstrated on the platform because of its relevance to commanders as a method of supporting cross-domain fires. By employing on-board sensors and TCDL the V-280 showed it would be able to provide targeting information to enhance the lethality of precision long range weapons.

Additionally, the V-280 transmitted data collected by the Lockheed Martin Pilotage Distributed Aperture Sensor (PDAS) System that has been flying on the V-280 for nearly a year. This real-time transmission included video of the sling load cargo. This combination allowed pilots, crew, and supervisors to monitor the sling load demonstration as if looking through the bottom of the aircraft, whether on-board or on the ground, creating a common operations perspective.

The sling load demonstration itself continued to demonstrate the flexibility of this next generation tiltrotor for operational maneuvers and its relevance to support multi-domain operations. During a single sortie, the team performed multiple cargo lifts to demonstrate the procedure and coordination of ground crew, aircraft, crew chief, pilots and the behavior of the loads for the V-280.

These initial capability demonstrations added to the list of milestones achieved by the V-280 in three years of flight testing. During that stretch the aircraft has demonstrated speeds in excess of 300 knots, low speed agility and attitude quickness, autonomous flight, along with many other engineering and operationally relevant test points.

“Our team is proud to continue to provide evidence that government and industry partnerships deliver positive results,” continued Flail. “The V-280 demonstrates the potential to rapidly mature technology to deliver transformative capabilities and meet requirements.”