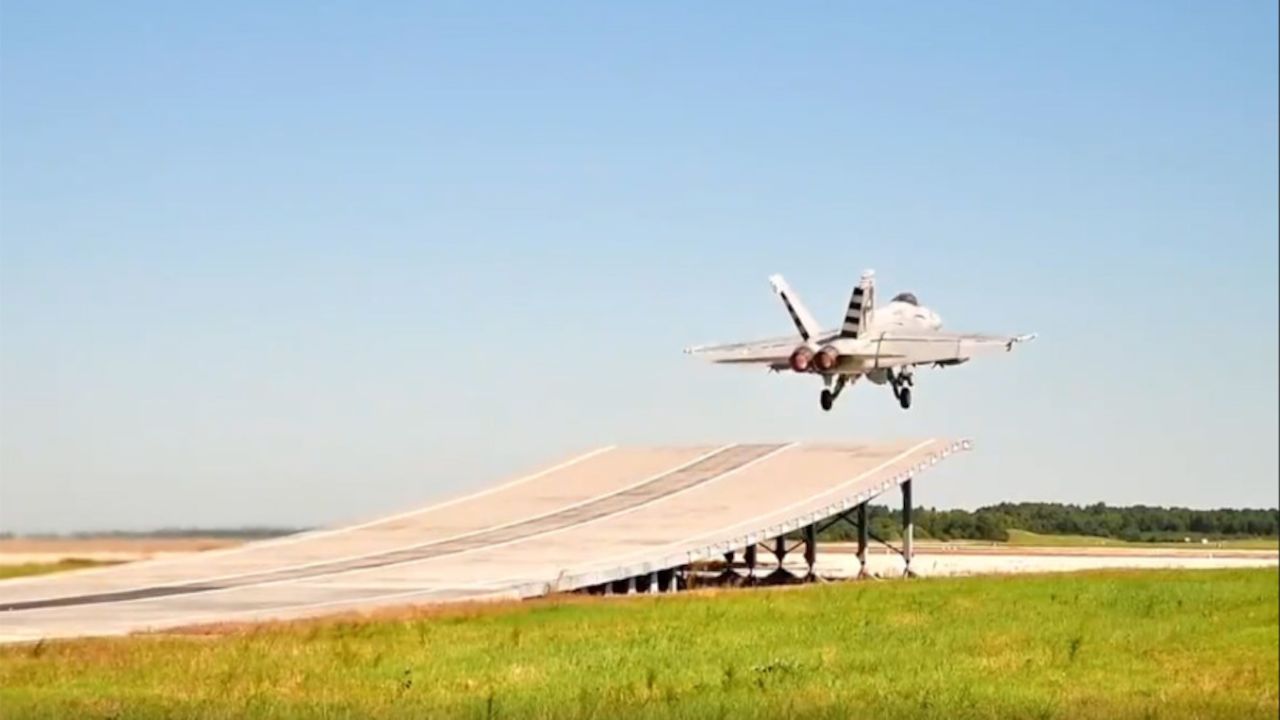 In a press release by Boeing the company announced that it has proved recently together with the U.S. Navy that the F/A-18 Super Hornet can operate from a “ski jump” ramp, demonstrating the aircraft’s suitability for India’s aircraft carriers.

The demonstrations, held at Naval Air Station Patuxent River, Maryland, showed that the Super Hornet would do well with the Indian Navy’s Short Takeoff but Arrested Recovery (STOBAR) system and validated earlier simulation studies by Boeing.

“The first successful and safe launch of the F/A-18 Super Hornet from a ski jump begins the validation process to operate effectively from Indian Navy aircraft carriers,” said Ankur Kanaglekar, India Fighter Sales lead for Boeing. “The F/A-18 Block III Super Hornet will not only provide superior war fighting capability to the Indian Navy but also create opportunities for cooperation in naval aviation between the United States and India.”

The Indian Navy is evaluating its fighter options. If it selects the Super Hornet, it would benefit from billions of dollars invested in new technologies by the U.S. Navy and others. Those technologies include advanced networking, longer range through conformal fuel tanks, infrared search and track, and a new advanced cockpit system.

The ski jump demonstrations follow the delivery of two Block III flight-test aircraft to the U.S. Navy in June. Boeing is on contract to deliver next-generation Block III capabilities to the U.S. Navy beginning in 2021. The Super Hornet provides the most weapons at range in the U.S. Navy’s fighter inventory, including five times more air-to-ground and twice the air-to-air weapons capacity.

Boeing is the world's largest aerospace company and leading provider of commercial airplanes, defense, space and security systems, and global services. As a top U.S. exporter, the company supports commercial and government customers in more than 150 countries and leverages the talents of a global supplier base. Building on a legacy of aerospace leadership, Boeing continues to lead in technology and innovation, deliver for its customers and invest in its people and future growth.

Boeing’s advanced aircraft and services focus play an important role in mission-readiness for the Indian Air Force and Indian Navy. Boeing is focused on delivering value to Indian customers with advanced technologies and is committed to creating sustainable value in the Indian aerospace sector – developing local suppliers and shaping academic and research collaborations with Indian institutions.

Boeing has strengthened its supply chain with 225 partners in India and a joint venture to manufacture fuselages for Apache helicopters. Annual sourcing from India stands at $1 billion. Boeing currently employs 3,000 people in India, and more than 7,000 people work with its supply chain partners. Boeing’s employee efforts and India countrywide engagement serves communities and citizenship programs to inspire change and make an impact on more than 200,000 lives.