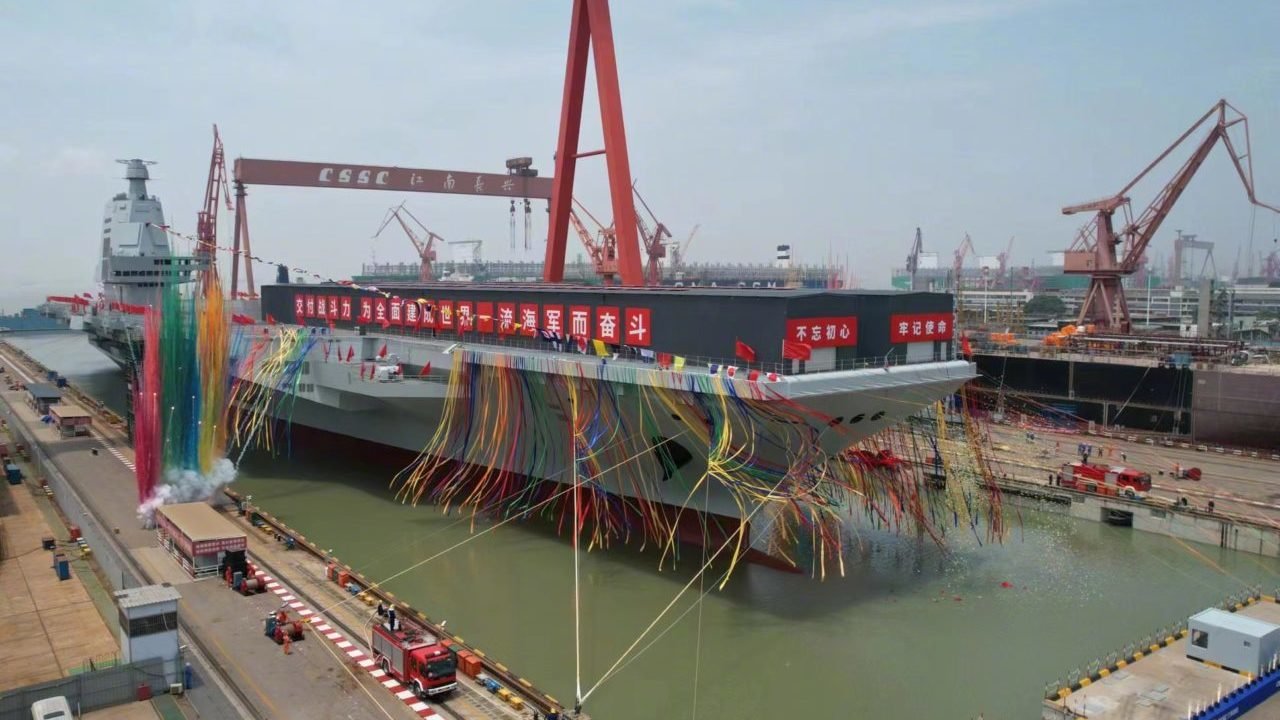 China launched its third aircraft carrier on Friday, naming it "Fujian" after the Chinese province opposite Taiwan.

The third aircraft carrier, Fujian, was designed and manufactured entirely in-house as the country continues to modernize its military.

A ceremony was held to celebrate the launch of the aircraft carrier at the Jiangnan Shipyard in Shanghai.

Dozens of navy personnel lined up in front of the ship and sang the national anthem at the ceremony, which was also attended by senior officials, including Xu Zhiliang, vice chairman of the Central Military Commission.

Fujian joins the Shandong aircraft carrier, which was commissioned in late 2019, and the Liaoning, which China bought second-hand from Ukraine in 1998 and locally refurbished.

The inauguration of Fujian shows the increasing capabilities of the Chinese military at a time of rising tension with the United States over Taiwan and Beijing's claims to sovereignty in the South China Sea.

Comparing the Fujian with US Navy's carrier USS Gerald Ford which has 4 electromagnetic launch platforms, 3 elevators for transporting aircraft from inside the carrier to the deck, the Chinese carrier has 3 launch platforms, and has 2 aircraft elevators. The US Navy carriers are nuclear powered, while the Fujian is powered by conventional fuel.