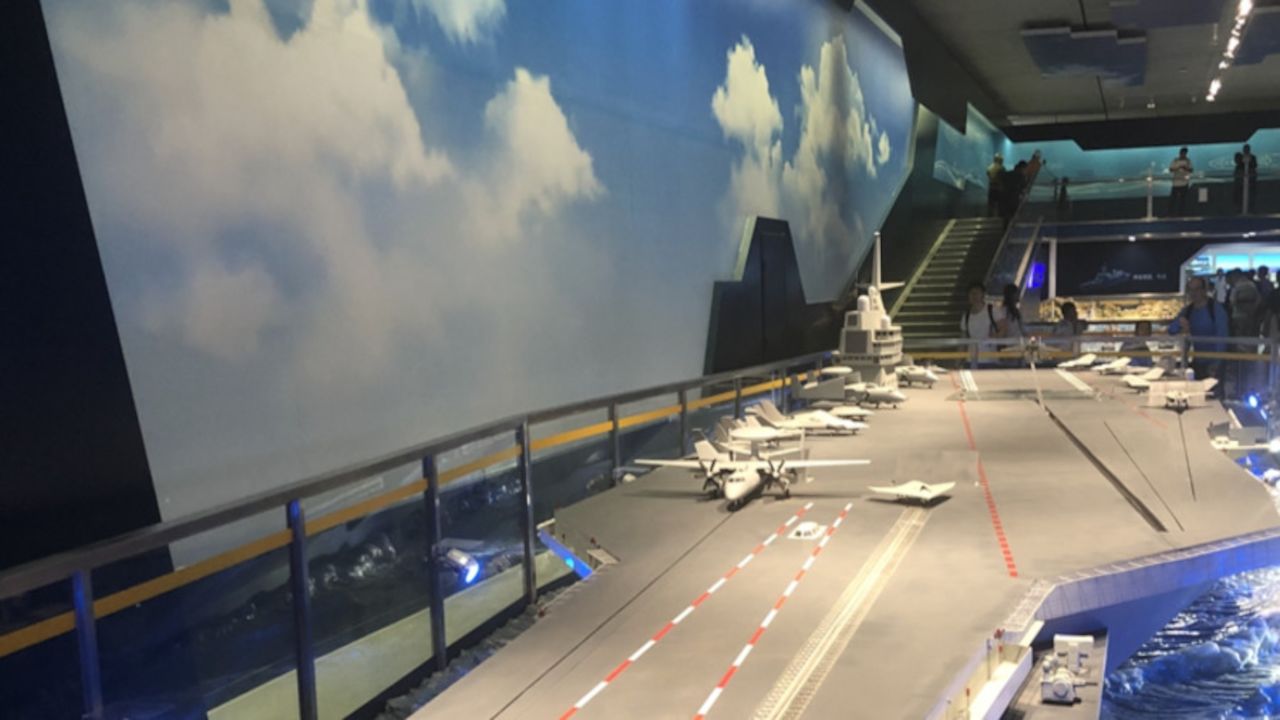 It has been nearly two years since the Xinhua News Agency revealed that China's third aircraft carrier was under construction, and recent media reports suggest that work is progressing smoothly and the launch of the warship is near.

A weekend report by a Chinese defense industry magazine predicted that the carrier could be launched as soon as the end of 2020, although experts said on Sunday that the launch could also take place in early 2021.

Citing photos taken by local residents and commercial satellite images widely circulated on social media, Ordnance Industry Science Technology, a Xi'an-based defense magazine, reported on Friday that a dock at Shanghai-based Jiangnan Shipyard was cleared in June, after which the hull sections of what are believed to be the country's third aircraft carrier were brought in for final assembly.

According to photos taken in early September, the general shape of the warship has taken form, with only the bulbous bow missing, the report said.

If everything goes well, the third aircraft carrier should be completed in November or December, be launched by the end of the year and then be fitted out, the report predicted.

Beijing-based naval expert Li Jie told the Global Times on Sunday that the launch date would need to be decided based on the actual progress of construction. While that could happen by the end of the year as the report said, it could also take place in early 2021, which is more likely, if construction goes according to plan.

Chinese military experts predicted in November 2018, when the existence of China's third aircraft carrier was revealed to the general public for the first time by Xinhua, that the warship was expected to be launched in two and a half years.

Xinhua reported at that time that the carrier was being built on a berth.

Unlike the Shandong, China's second aircraft carrier, the third one used a more advanced construction method, in which large hull sections were built in different places and sent to the final assembly site for assembly, Ordnance Industry Science Technology reported, noting that this method can shorten the construction time.

This method is widely used across the world, Li said, noting that after the hull sections are separately built, some outfitting work will be conducted in advance before the final assembly, which will also shorten the total outfitting time.

Citing approximate measurements by military enthusiasts based on these photos, Ordnance Industry Science Technology predicted the size of the third carrier. It said that the warship will be about 320 meters long, surpassing the Shandong's 305 meters.

Another Chinese military expert, who asked not to be identified, told the Global Times on Sunday that since the new carrier is larger than previous carriers and will likely feature many new technologies including the electromagnetic catapult technology, the ship's construction, outfitting and sea trials could take longer compared with the Shandong.

Judging from the photos, the progress of construction seems to be smooth, the expert noted.