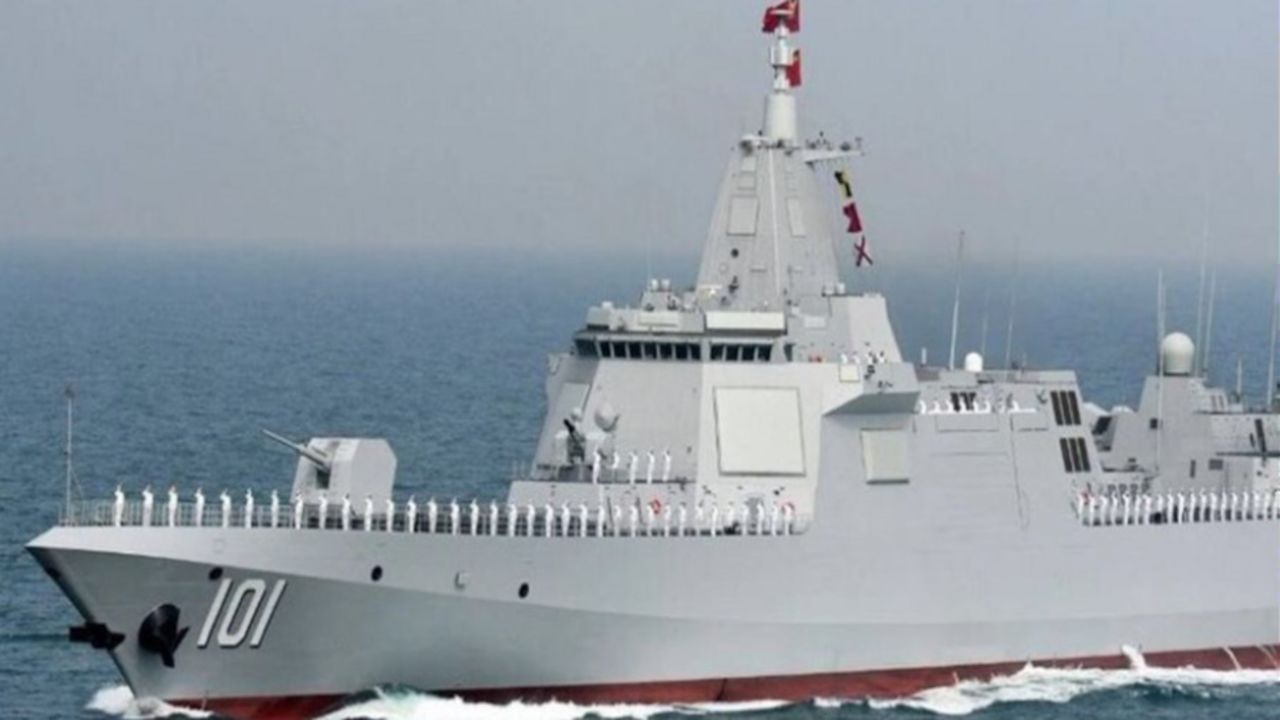 Some of the advanced radar systems produced by modern technologies can detect low-Earth orbit aircraft, which often circulate the Earth at an altitude of 300 to 500 kilometers. If the radar system has a high enough performance, it can not only detect, but also track the satellites, which means the radar can then guide weapons to attack the satellites.

In an introduction video for Nanchang, the first ship of its type, released by the People's Liberation Army (PLA) Navy during the Spring Festival holidays in February 2020, the service confirmed the ship has a displacement of more than 12,000 tons. The warship was previously only vaguely referred to as China's first 10,000-ton-class destroyer, without information of its exact displacement. "This has debunked some analysts' estimations that the Type 055's displacement is only a little more than 10,000 tons, and indicates the ship type could be even more powerful than expected," a military expert who asked not to be named told the Global Times.

The 12,000-ton figure could refer to a standard or normal displacement, so full displacement could potentially reach 13,000 tons, the expert estimated, noting that the Type 052D, a previous classification of Chinese destroyer, has an approximate displacement of just 6,000 to 7,000 tons. Displacement is an important indicator of a warship's combat capability in multiple aspects including firepower and its ability to sail in high seas, as a larger displacement results in higher stability, more fuel and ammunition, analysts said.

With a displacement of more than 10,000 tons, the Type 055 is a 180-meter-long, 20-meter-wide guided missile destroyer with 112 vertical launch missile cells capable of launching a combination of surface-to-air missiles, anti-ship missiles, land-attack missiles and anti-submarine missiles, according to previous media reports.

Given the large size of the Type 055, it would be naturally able to carry a type of air-defense missile capable of reaching targets in low-Earth orbit, Wang predicted, noting that the radar system used on the Type 055 can also transmit data via data chain to land-based air-defense forces which can launch anti-satellite missiles. Low-Earth orbit satellites can monitor vast regions of battlefields and provide rich intelligence to their operators. In wartime, if one side can suppress hostile satellites, it can neutralize a key part of a hostile intelligence source and gain an advantage for itself.

While it is also the first time that China's state-owned media has confirmed the Type 055's anti-stealth capability, it is not much of a surprise when compared with its anti-satellite capability, as China has already revealed several types of anti-stealth radar systems in many open occasions, military observers said. In a test conducted in 2007, China successfully destroyed a satellite, BBC reported at the time. Liu Jianchao, then spokesperson of the Chinese Foreign Ministry, confirmed the test and stressed China was committed to the peaceful development of outer space.

Nanchang marks China's achievement of a globally advanced level in terms of surface vessel propulsion technology and that the warship's speed is of the top class. It did not reveal details of the ship's propulsion system or the ship's top speed. Analysts predict Type 055 has variants that will use full electric propulsion in the future, which could enable more optimized power distribution and realize the usage of high-energy weapons like lasers.