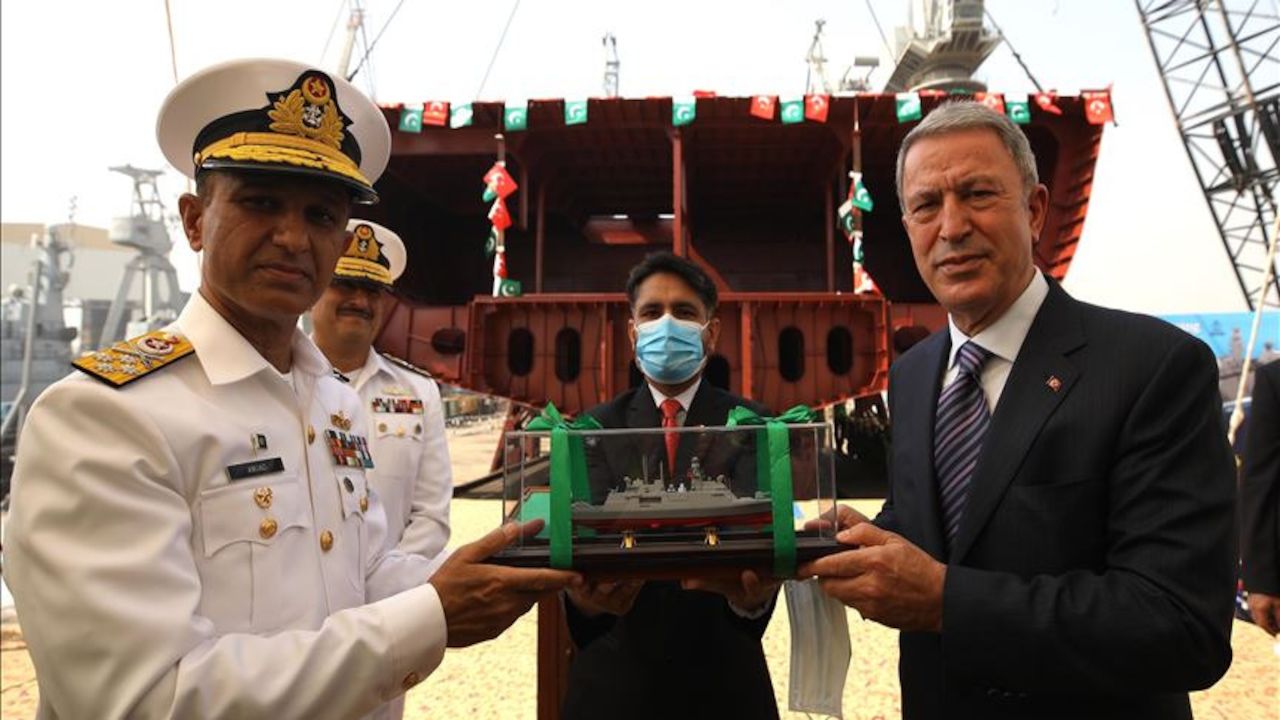 The keel of the third MILGEM-class corvette that Turkey sold to Pakistan was laid on Sunday in a ceremony attended by top defense officials on both sides.

Speaking at the ceremony, Akar expressed his pleasure at being in Pakistan and underlined that the two countries' "excellent" relations were unique due to their long history.

Ankara and Islamabad cooperate in many different domains, said Akar, adding: "Pakistani people, because of their invaluable support during our war of independence, have a special place in our hearts and minds. Turkish people will never forget the generosity of the Pakistani people with whom we're always together both in good and bad times.

"It is very meaningful and valuable for us to see that, today, you are also standing beside the Azerbaijani Turks. Turkey has always stood beside Pakistan's rightful cause for Kashmir and will continue to do so."

For her part, Khan thanked Akar, as well as ASFAT, and all other contributors to the MILGEM project.

The MILGEM project will always be remembered as a symbol of Turkish-Pakistani friendship, she said, praising the brotherhood between the two countries.

The corvettes from the project will feature start-of-the-art sensors and the most advanced weapon platforms, the Pakistani Navy said on Twitter.

They will contribute to "maintaining peace, security & balance of power" in the Indian Ocean Region, it underlined.