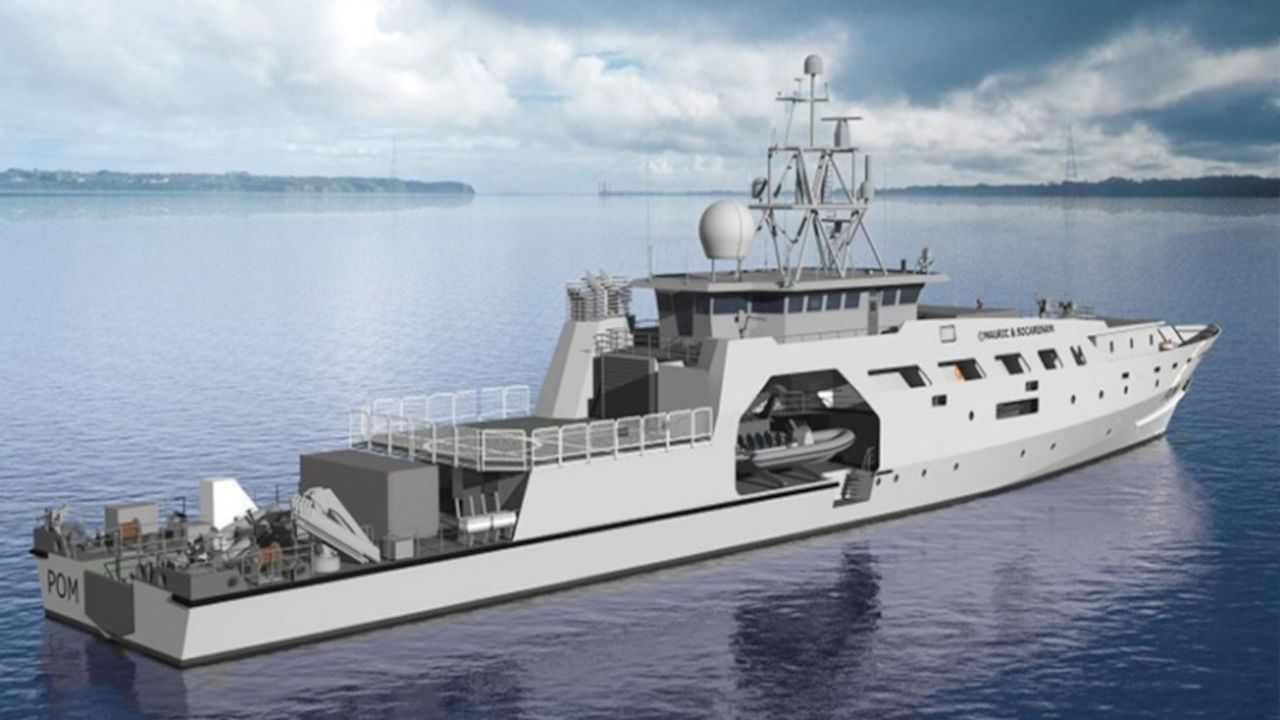 The POM (Patrouilleur Oure-Mer, Overseas Patrol Boat) program was announced by Emmanuel Macron, President of the French Republic, at the Assises de l'Economie de la Mer on December 3, 2019. It allows the restoration of the component of patrol boats stationed overseas.

On December 24, 2019, the DGA ordered the six POMs from the consortium formed by Socarenam and CNN MCO, responsible respectively for manufacturing and maintenance during the first six years of their operational service. These six POMs will be based in Noumea for New Caledonia, Port des Galets for Reunion Island and Papeete for French Polynesia, with two units per home port. They will completely replace the older generation of P400 patrol boats.

In a context of growing threats to fishery resources, biodiversity and the application of international rules of the law of the sea, the POMs will carry out missions of sovereignty and protection of national interests in the French exclusive economic zones and their surroundings: police fisheries, intervention against maritime pollution and in favor of the preservation of the environment, fight against illicit activities including drug trafficking and illegal immigration, assistance to vessels in difficulty, rescue of people at sea.

The POM is the first small ship to integrate a drone system. Its stability performance has been adapted to the navigation conditions which can be extremely difficult in the Indian and Pacific Oceans.

It also features an innovative hybrid propulsion architecture and hydrographic capability. It will be able to carry out missions of up to 30 days without refueling, with a crew of 30 sailors and carry up to 23 passengers.