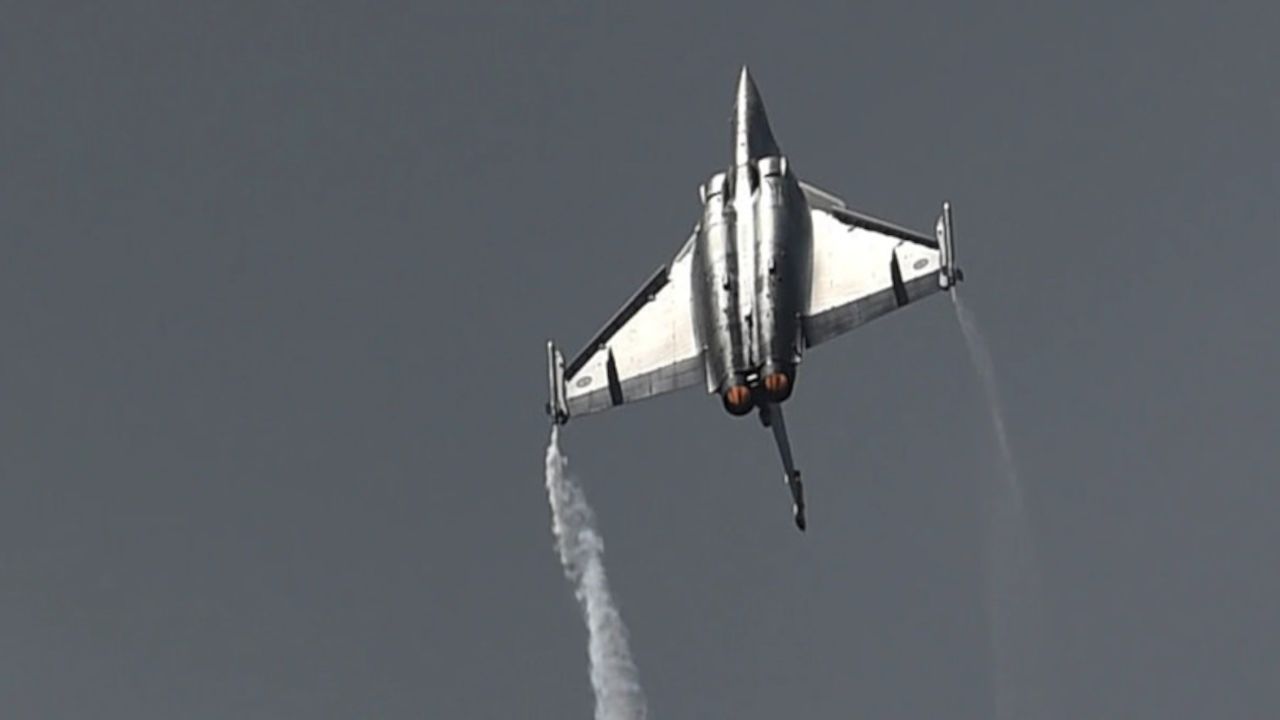 Croatia has officially announced that its next fighter jet will be the French-made Dassault Rafale, representing a huge advance in airpower capability for the Balkan country, which is a member of NATO but still operates the Soviet-era MiG-21 Fishbed. Confirmation of plans for a 12-jet Rafale buy should bring to an end a long-running saga to procure new fighter equipment for the country, which saw a previous deal for ex-Israeli F-16C/D Barak jets fall through.

A Tweet today from the Croatian government’s official account on that social media site quoted Prime Minister Andrej Plenkovic as saying that the French Rafale offer was chosen since it offered the best price and that “Croatia gets the best rated and equipped aircraft — Rafale F3R, in the latest standard.” The tweet added that the deal means Croatia will have “the most advanced fighter aircraft in this part of Europe.”

Certainly, the Rafales will provide a huge leap in capabilities for the Croatian Air Force, which will advance from a second-generation fighter armed with short-range air-to-air missiles, to an advanced fourth-generation jet offering active electronically scanned array (AESA) radar, beyond-visual-range air-to-air missiles, precision attack, and many other potential new capabilities.

Reuters has reported that the 12 Rafales will be acquired at a cost of $1.22 billion. They will replace the Croatian Air Force’s current fleet of eight single-seat MiG-21bisDs and four two-seat MiG-21UMDs. At last count, according to AirForces Monthly, only four single-seat MiGs were actually available for their primary quick reaction alert air defense mission, due to serviceability issues.

Croatia’s MiG-21s underwent a modest upgrade in Ukraine that was supposed to enable them to serve until 2024. However, this was primarily an overhaul and is in no way comparable to the extensive modernizations undertaken on Indian or Romanian MiG-21s, for example.

Efforts to find a successor to replace the aging MiG-21s date back well before this, however. The Croatian Ministry of Defense first launched the selection process for new fighters in mid-2015, although this had to be restarted when a new Croatian government was formed in late 2016.

A deal for 12 second-hand Israeli F-16C/D Baraks, valued at around $500 million, which also including training support and a simulator, collapsed in 2019 after the U.S. Congress refused to approve the transfer of the jets. Under the Third Party Transfer (TPT) guidelines, U.S. officials requested Israel remove all its indigenous modifications from the aircraft before selling them to Croatia. Since the Baraks were heavily modified with indigenous avionics and weapons this would have been a significant undertaking. The selection process then experienced further delays as a result of the COVID-19 pandemic.

At the same time, there have also been persistent concerns over whether Croatia can afford a highly sophisticated replacement for its MiG-21s. Although Croatia’s gross domestic product is slowly increasing, only 1.83 percent of this was allocated for defense spending in 2020, or just over $1 billion to cover the demands of the entire military — no other NATO nation operating fighter jets has a smaller defense budget.

Arguably, a light combat aircraft, such as the Korea Aerospace Industries FA-50, may have been adequate for the country’s fairly limited air defense requirements. Another option would have been to buy a smaller number of high-end fighters and then add more at a later date. While the prime minister has stated that the Rafale offer came in at the best price, it’s hard to see how it could compete with second-hand F-16s, for example.

As it is, the Croatian Air Force’s major regional antagonist is Serbia, which only recently withdrew the last of its own MiG-21s from service. The Serbian Air Force now operates 14 MiG-29s, including four aircraft from an original Yugoslavian order that survived the NATO Allied Force campaign in 1999, four second-hand jets donated by Belarus, and six provided second-hand by Russia. The last of these jets were handed over this month and plans call for them all to be upgraded to a standard similar to the MiG-29SM, although they would still be considerably less capable than the Croatian Rafales.

While the Rafales being supplied are second-hand and will be taken from French Air Force stocks, they will be upgraded to the advanced F3R standard, a similar approach to that selected by Greece for its recent 18-aircraft Rafale order. F3R provides, among others, RBE2 AESA radar, improved Link 16 datalink to enhance interoperability, an updated Spectra self-defense/electronic warfare suite, and an automatic ground collision avoidance system. Weapons options in the F3R are expanded to include the MBDA Meteor beyond-visual-range air-to-air missile, the Thales TALIOS targeting pod, and the laser-guided variant of the Sagem Hammer precision air-to-ground weapon. So far, it’s unclear what weapons Croatia will acquire for its fleet.

Beyond the immediate regional considerations, Croatia’s choice of the Rafale might open up the possibility of taking on new missions, as well as closer integration with France and other fellow NATO members. In the past, Croatian officials have spoken optimistically about taking part in NATO operations — perhaps including the Baltic Air Policing mission, or similar activities — but it's not clear how realistic these ambitions would be for a fleet of 12 fighters. As it is, domestic quick reaction alert (QRA) and other operations to protect Croatia's own airspace will likely remain the core missions of its fighter jets, meaning the Rafale’s full multi-mission capabilities are unlikely to be fully exploited.

Speaking to The War Zone on condition of anonymity, a former Croatian Air Force MiG-21 pilot explained that he saw the Rafale as “absolute unnecessary overkill” for the country, adding that, even today, only around 30 percent of the MiG’s capabilities are actually being utilized — primarily, QRA scrambles and training for these same missions.

Describing the Rafale decision as politically motivated, he said he was concerned that no serious cost/benefit calculation had been provided for the full planned service life of the new jets and he also pointed out that the existing infrastructure at Zagreb-Pleso Air Base will require significant renovation, including modern hangars.

As regards personnel, the same source was also less than convinced that the Rafale was the right choice for Croatia, pointing to a shortage of pilots, most of who are old and lack full NATO-standard training, including in the basics of modern airspace management. As for the technical staff, there is also a lack of personnel and these have limited experience of modern maintenance procedures.

Clearly, the Rafale package will need to include extensive training elements and provision will have to be made to modernize supporting infrastructure.

Finally, it should also be remembered that today’s announcement is a political one and that the final contract and conditions still have to be negotiated and agreed upon. Regardless, by choosing Rafale, whether it makes the best sense for the air force or not, Croatia is making a clear statement of intent in terms of defense modernization. Above all, it is good news for France and Dassault, who have added another nation to the growing list of Rafale customers.