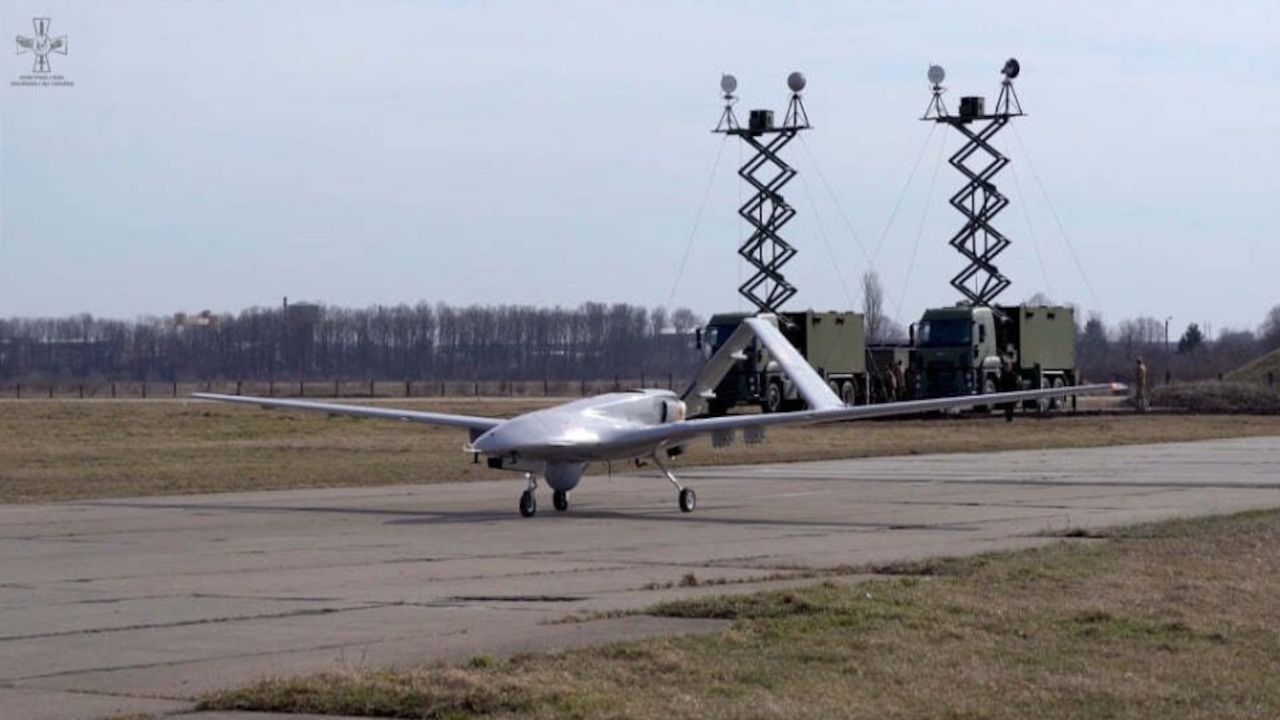 The defense agreements and cooperation between Ukraine and Turkey help to modernize and bring Ukraine’s post-Soviet military systems up to NATO standards, Ukrainian officials said Wednesday.

The Ukrainian Defense Ministry signed a series of agreements on Dec. 14 with the Turkish side on the production and technology transfer of naval corvettes and unmanned combat aerial vehicles (UCAV), which were the first direct foreign trade deals inked in the defense field in the ministry’s history.

Mykhailo Samus, the deputy director of foreign affairs at the Center for Army, Conversion and Disarmament Studies, told Anadolu Agency (AA) Wednesday that since the armed conflict with Russia began in 2014, it has become even more important for Ukraine to find its place in the region and in the world. He noted that Turkey, in this regard, is an important country as a regional leader.

Samus said that Ankara is the most important partner for Kyiv in terms of the defense industry. He said Turkey’s defense industry is developed and can meet the needs of the Ukrainian military. Baykar-made Bayraktar TB2 drones are one of the Turkish products Ukraine has already purchased to meet those needs.

Samus said Turkey's ASELSAN makes up a major part of the cooperation in the military communication field, noting that this partnership has been a turning point. "Ukraine wants to be a NATO country. Thus, cooperation with Turkey has utmost importance for Ukraine to bring its army up to a NATO-standard modern system from a post-Soviet one," he said.

Samus emphasized that European Union countries, except for the Czech Republic, Poland, Romania and Baltic countries, are not willing to cooperate or carry out technology transfers with Ukraine due to their principles, noting that this is where Turkey has entered the stage and provided open cooperation based on mutual benefits.

He said that thanks to Turkey’s Ada-class corvettes, which were developed under the National Ship (MILGEM) project and for which Kyiv most recently signed a purchase deal with Ankara, Ukraine will make progress in transfer integration technology.

“It is particularly important for us to develop our navy considering the threats in the Black Sea,” he said.

Samus noted that there is another project regarding enhancing the capabilities on the seas through the coordinated operation of Ukraine’s Neptune cruise missiles and Turkish-made Bayraktar drones on target-finding.

He stressed that Turkey has a clear policy for the region that makes the country a “reliable strategic partner” with Ukraine.

Denis Moskalik of the National Institute for Strategic Studies also told AA that there are many factors that enable the two countries to cooperate in the defense field.

He commented that the defense industries of the two countries experienced their best eras at different times, namely between 1930 and 1980 for Ukraine and the last 30 years for Turkey.

He said that due to the differences in eras as Turkey has advanced in digital technologies while Ukraine has made strides in production technologies, resulting in the two countries completing each other.

Moskalik underscored that the two countries cooperate in many fields from UCAVs to digital systems, precision weapons, radio frequency systems, cargo transportation, engine production and vessel construction, saying, “The aim of the cooperation is to enable the mass production of new modern weapons by benefitting from the abilities of both sides, which carry this relationship to a new stage from the usual seller-buyer relationship.”

He also stressed that in the most recent conflict in Nagorno-Karabakh, where the Azerbaijani military reclaimed its occupied lands from Armenia, the strength of the UCAVs was once again displayed in modern warfare.

"The Azerbaijani army, thanks to Turkish drones, advanced rapidly and destroyed the enemy weapons. Particularly, the TB2 drones came to the forefront when compared to their peers with their flight performances that reaches up to 24 hours," Moskalik said.

He highlighted that the success of the Turkish drones should be examined and studied in order for Ukraine to reach the same success in terms of liberating its occupied lands.

“The Nagorno-Karabakh conflict showed that Turkish weapons are the weapons of victory,” he said.

Moscalik also voiced his belief that cooperation with Turkey is the best option for Ukraine to bring its military capabilities up to the NATO level.