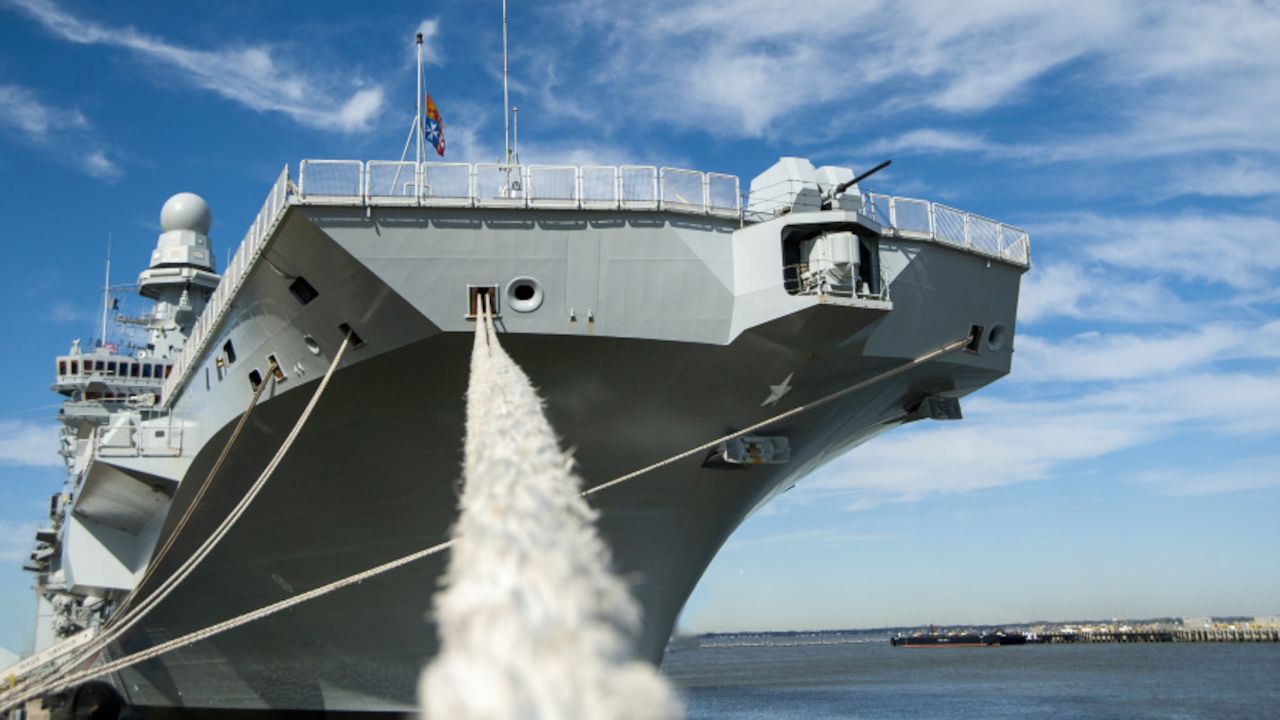 The flagship of the Marina Militare (Italian Navy) had left Naval Station Norfolk (Virginia) on February 28, in preparation of the four-week sea trials.

During the sea trials, the F-35 Patuxent River Integrated Test Force (ITF) will verify the compatibility between the 5th-generation fighter aircraft and the ITS Cavour. The trials also represent an important step towards declaring the Initial Operation Capability (IOC) of the F-35B in the Italian Navy, expected by 2024.

The landing of the F-35Bs aboard Cavour was a significant milestone for the Italian naval service, as it prepares to operate the 5th-gen. stealth jet from an aircraft carrier.

"It is a remarkable achievement for all of us, today, to see the fifth-generation fighter aircraft on our flight deck," said ITS Cavour Commanding Officer Italian Navy Capt. Giancarlo Ciappina in a US DoD release. "This represents, indeed, an outstanding success but, at the same time, a new challenge for the future of Italian Naval Aviation."

"Each and every officer and the whole crew are very proud to work closely with the F-35 Joint Program Office test team during these sea trials, and we are very well prepared to do the hard work to equip ITS Cavour and the Italian Navy with the Joint Strike Fighter's fifth-generation air combat capability," Ciappina said.

The pilots and aircraft join a test team of approximately 180 personnel from the NAS Pax River-based F-35 Integrated Test Force (ITF) embarked for up to four weeks of sea trials.

"Our team has trained extensively to prepare for this day, and I was honored to land one of the first two jets aboard Cavour," said F-35B test pilot US Marine Maj. Brad Leeman, the ITF test team project officer. Maj. Leeman and two other pilots attached to the Naval Air Warfare Center Aircraft Division (NAWCAD) Air Test and Evaluation Squadron Two Three (VX-23) at NAS Pax River, will fly the ITF jets during the flight test.

"The ITF plays a key role in the ship achieving carrier qualification in the near future," Leeman said. "All of our hard work planning and training will ensure a successful sea trial and ultimately lead to Italy achieving the milestone of initial operating capability."

In the next weeks, the pilots and test team will collect data that will ultimately lead achievement of the "Ready for Operations" status, that certifies the ship's and her crew's ability to safely conduct carrier operations with Italy's own F-35s.

"We are excited to be underway with the crew of Cavour and honored to contribute to the aircraft carrier achieving the Italian Navy's strategic goal of it being 'Ready for Operations,'" said Andrew Maack, F-35 Pax River ITF chief test engineer and site director.

Maack is embarked with the team, whose members have the engineering and test pilot expertise and experience to conduct F-35B envelope expansion flight test. "We look forward to a phenomenally successful shipboard detachment," he said.

As already reported, the sea trials will take place in an unspecified area of the Western Atlantic involving other assets, including ships and aircraft from the US 2nd Fleet to improve interoperability and strengthen the relationship between the two NATO Allies.

Here's what we wrote about the testing campaign in our previous article on the deployment:

"The test campaign should be pretty similar to the HMS Queen Elizabeth's Westlant 18 deployment in 2018 (followed by Westlant 19 a year later with British jets), when the two F-35Bs from the ITF flew on and off the ship in eight weeks of intensive trials, testing the integration of the aircraft aboard the ship, the logistics, simulated combat operations and emergencies. It is not known if the new Shipborne Rolling Vertical Landing (SRVL) will be tested on the ITS Cavour, as happened on the British aircraft carrier."

"The rolling technique is intended to allow pilots to recover to the ship with more stores: the combination of thrust from its rotating nozzle, lift-fan and lift generated by the wing as an effect of the (slow) forward movement of the aircraft can save up to 7000lbs greater all up weight (UAW). Without the SRVL technique, the F-35B would be forced to jettison some or all of its external store when returning to the ship."

"Following the end of the sea trials, the ITS Cavour will be involved in the carrier qualification of the six Italian Naval Aviators that completed their transition on the F-35B at Marine Corps Air Station (MCAS) Beaufort (South Carolina). After the ship's return in Italy, the Italian Navy is planning to perform the first flight activities with an Italian F-35B from the Cavour. The aircraft to be used will be the fourth F-35B built in Italy and the third to be delivered to the Navy. As we mentioned in previous articles, the first two aircraft built went to the Navy and are now in Beaufort for pilot training, while the third one was delivered to the Air Force."