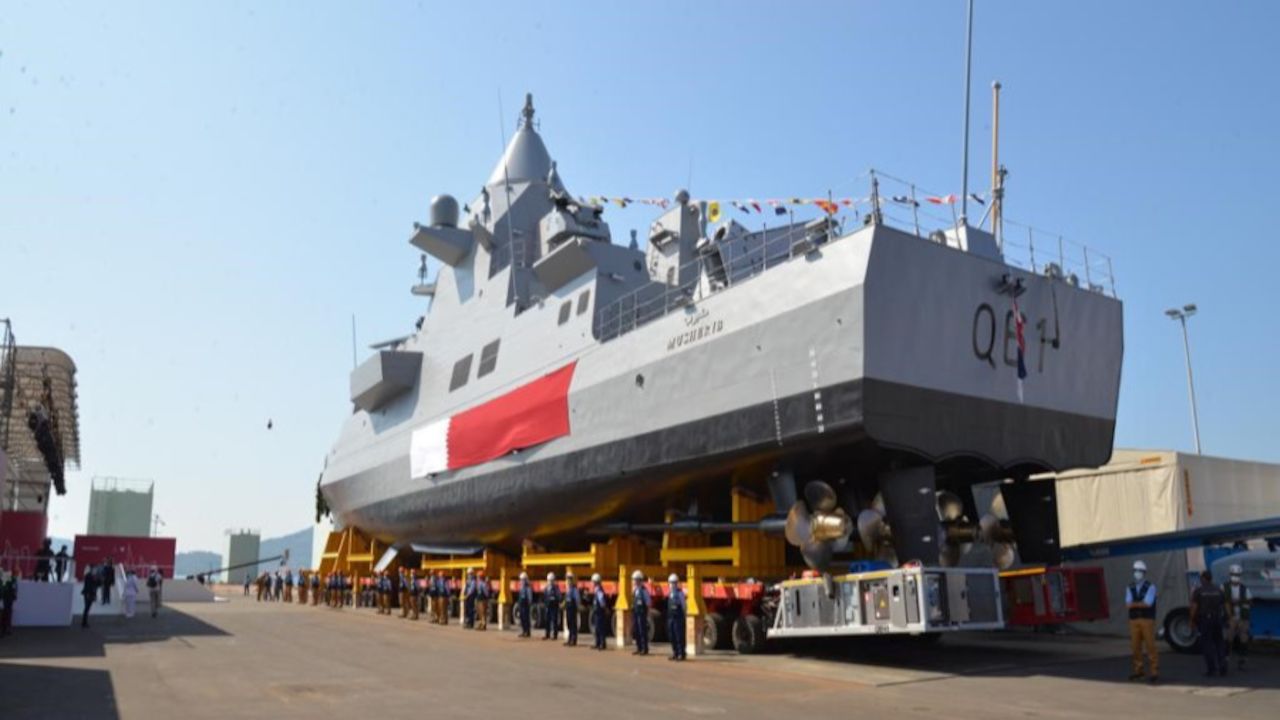 The Chairman and CEO of Fincantieri, Giampiero Massolo and Giuseppe Bono, welcomed the Italian Minister of Defense Lorenzo Guerini, the Deputy Prime Minister and Minister of Defense of Qatar Khalid bin Mohammed Al Attiyah, the Chief-of-Staff of the Qatari Emiri Navy Major General Abdulla Hassan Al Suleiti, and the Chief-of-Staff of the Italian Navy, Admiral Giuseppe Cavo Dragone, who attended this event.

The launch, held privately and in full compliance with the current health regulations, followed the first steel cutting of the vessel “Sumaysimah”, fourth corvette of the same program.

The “Musherib” OPV vessel, to be delivered in 2022 and whose design is consistent with the RINAMIL for Fast Patrol Vessel (FPV) rules, will be a flexible type of ship capable of performing several services, from surveillance to combat functions.

It is about 63 meters long, 9.2 meters wide, with a maximum speed of 30 knots and it will  accommodate as many as 38 of crew members. The propulsion system has four variable pitch propellers, two to starboard and two to the left, each in line with a diesel propulsion engine.

Furthermore, the vessel will be capable of operating a RHIB (Rigid Hull Inflatable Boat) through a crane located at the stern.

The contract, worth nearly 4 billion Euros for Fincantieri, envisages the supply of seven surface vessels, including four corvettes, one amphibious vessel (LPD - Landing Platform Dock), and two patrol vessels (OPV - Offshore Patrol Vessel) as well as support services in Qatar for further 10 years after the delivery of the vessels. All the units are entirely built in the Group’s Italian shipyards, ensuring continuity to the activities until 2024 as well as guaranteeing an important impact on the main Italian defense companies.

Fincantieri is one of the world’s largest shipbuilding groups and number one for diversification and innovation. It is leader in cruise ship design and construction and a reference player in all high-tech shipbuilding industry sectors, from naval to offshore vessels, from high-complexity special vessels and ferries to mega yachts, as well as in ship repairs and conversions, production of systems and mechanical and electrical component equipment, cruise ship interiors solutions, electronic systems and software, infrastructures and maritime constructions as well as after-sales services.

With over 230 years of history and more than 7,000 vessels built, Fincantieri has always kept its management offices, as well as all its distinctive engineering and production skills, in Italy. With over 9,500 employees and a supplier network that employs nearly 50,000 people in Italy alone, Fincantieri has enhanced a fragmented production capacity over several shipyards into 2 a strength, acquiring the widest portfolio of clients and products in the cruise business.

To hold its own in relation to competition and assert itself at global level, Fincantieri has broadened its product portfolio becoming world leader in the sectors in which it operates. The Group now has 18 shipyards operating in four continents, nearly 20,000 employees, and is the leading Western shipbuilder; its clients include the world’s biggest cruise operators and the Italian and the US Navy as well as numerous foreign navies.

Fincantieri is also a partner of some of the main European defense companies within supranational programs. Fincantieri’s business is widely diversified by end markets, geographical exposure and by client base, with revenue generated from cruise ship, naval vessel, Offshore and Specialized Vessel construction and from the supply of solutions for electronic systems and software and for maritime infrastructure and works. Compared with less diversified players, such diversification allows it to mitigate the effects of any fluctuations in demand on the end markets served. 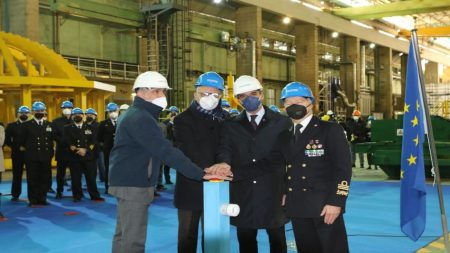