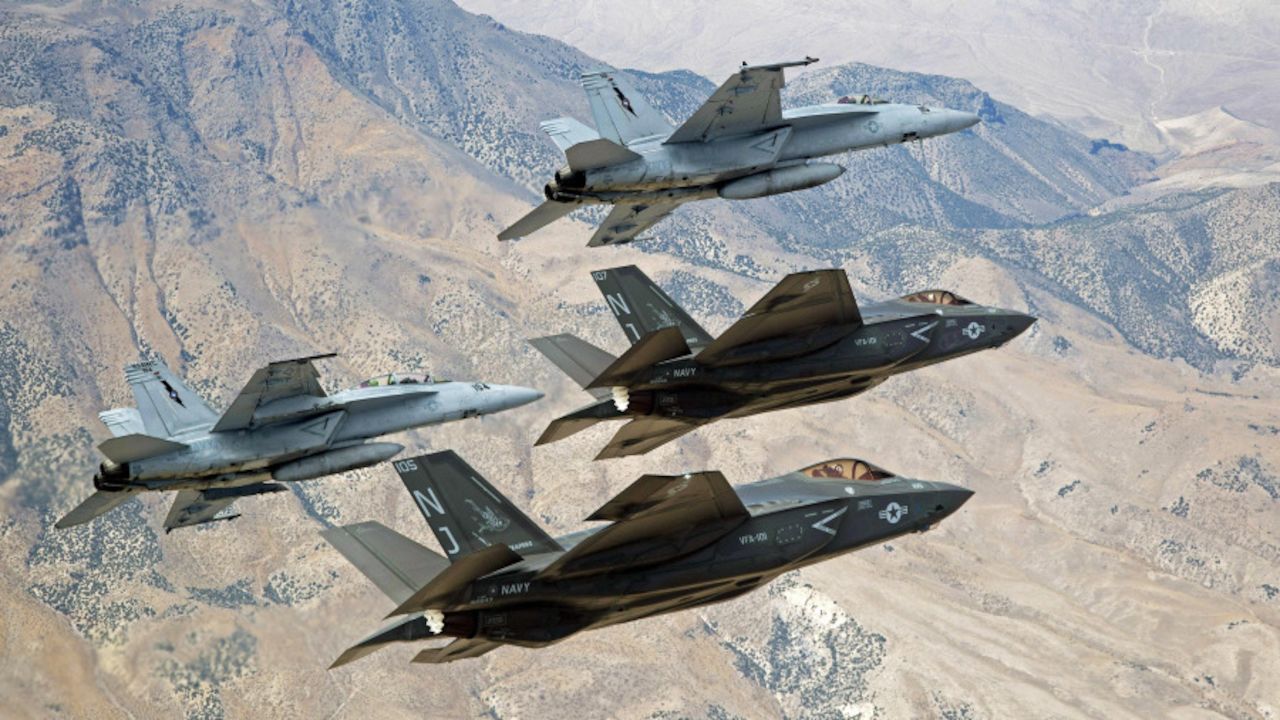 The U.S. State Department on Oct. 9 approved the sale of the F/A-18EF Super Hornet and F-35 Joint Strike Fighter to Finland, paving the way for the nation to purchase American jets should either Boeing or Lockheed Martin win its ongoing fighter competition.

The two U.S. offerings are facing off in a multinational contest that also includes France’s Dassault Rafale, the British-made Eurofighter Typhoon and the Swedish Saab Gripen E/F.

The F-35 package, worth $12.5 billion, includes 64 F-35A conventional-takeoff-and-landing jets, 66 Pratt & Whitney F135 engines, and the aircraft’s associated communications and electronic warfare systems. Notably, it contains not only the aircraft’s current logistics system — the troubled Autonomic Logistics Information System — but also its replacement — the Operational Data Integrated Network — which is under development.

After the U.S. Defense Security Cooperation Agency posted the notification of the potential sale, Finland’s Ministry of Defence released a statement clarifying that the announcement represents an important procedural step forward for the HX Fighter Program, but that negotiations with all competitors are ongoing.

“The announcement of the notification procedure does not constitute a procurement decision by Finland, as the decision to procure multi-role fighters will be made by the Government in 2021,” the statement said. “Furthermore, the types and quantities of multi-role fighters and weapons specified in the notification do not represent the final content of the Finnish procurement package; instead, the list published by the DSCA indicates those items and quantities that the US administration is prepared to sell at this stage of the procurement process.”

Finland also addressed the price of the packages, which exceed the $12 billion budget set by the country for the total cost of the program.

The winner of the HX competition will produce up to 64 fighters to replace Finland’s Boeing F/A-18C/D Hornets, which are expected to be retired by 2030. Instead of issuing a requirement for a particular number of aircraft with set capabilities, Finland is allowing the vendors to create packages of aircraft and weapons that best meet the Air Force’s operational needs — and the nation’s budget.

Despite financial setbacks to the country caused by the COVID-19 pandemic, Finland’s Defence Ministry in August proposed a massive 54 percent spending boost to the defense budget to $5.8 billion in 2021 (4.87 billion Euros), with much of the increase caused by the HX competition.