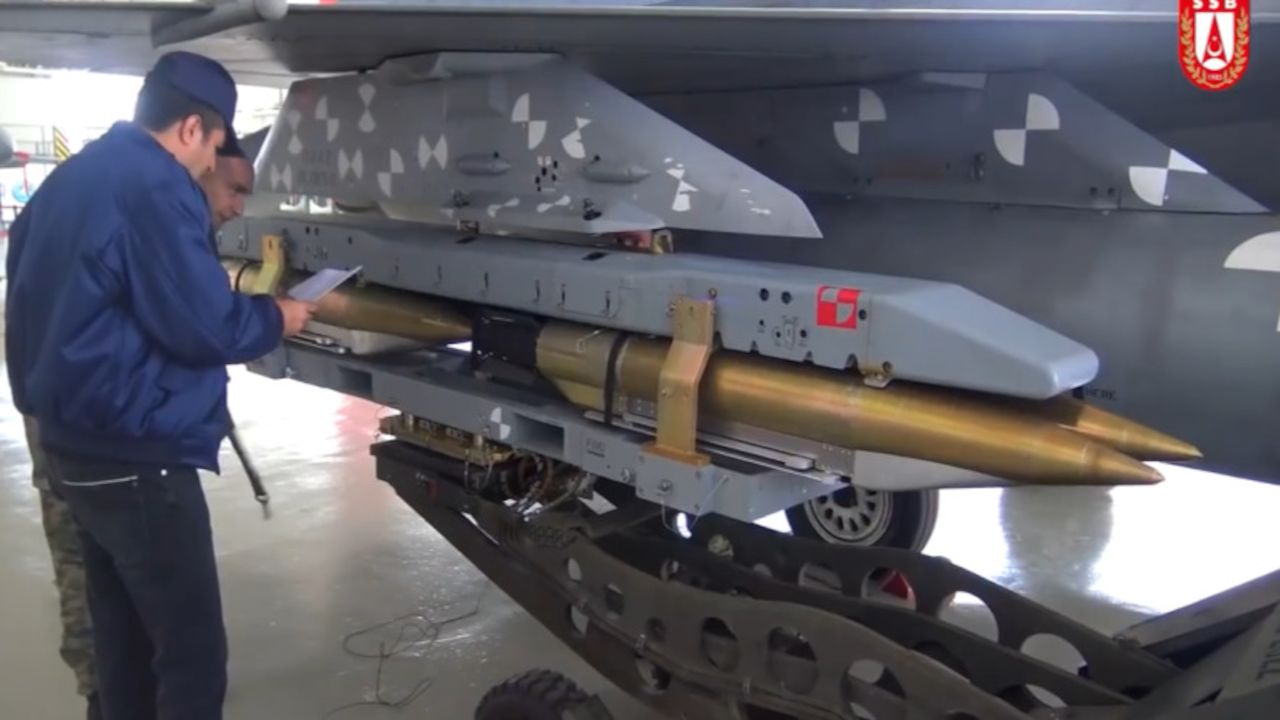 İsmail Demir, President of the Presidency of Turkish Defense Industries, shared the latest developments regarding the "Miniature Bomb" developed by ASELSAN and TÜBİTAK Defense Industries Research and Development Institute (SAGE) on his Twitter account.

Stating that the firing tests of the Miniature Bomb are continuing, Demir said, "With the developed multiple ejector (multiple-carriage) rack, 4 bombs can be carried on a F-16 wing. He also added, “To have two different warheads, with penetrating and piercing effect, we aim to integrate the 145 kg miniature bomb to our UAVs.”

According to the information in the shared video, the F-16 fighter aircraft has the capability of carrying 8 Miniature Bombs at the same time while the Miniature Bomb has been geared with INS/GPS guidance. Having the feature of safe separation, the bomb can be guided through aileron movements. The Miniature Bomb can reach a maximum range of 100 kilometers, while it can penetrate 1-meter thick reinforced concrete in 65 kilometers range.

To have two different warheads, with penetrating and piercing effect, the 145 kg miniature bombs are planned to be integrated to UAVs.