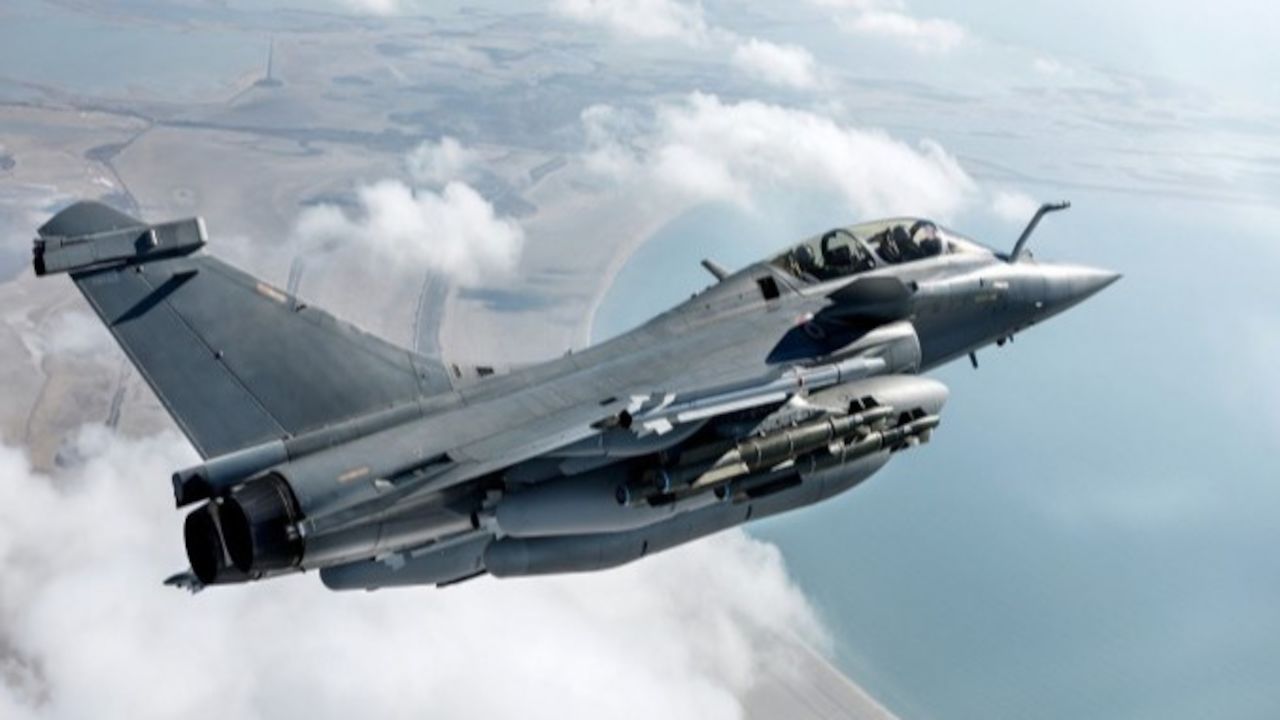 The first French-made Rafale type aircraft will arrive in Greece in the middle of 2021, explained Greek Prime Minister Kyriakos Mitsotakis when answering a relevant question during a press conference at the Thessaloniki International Fair.

The Greek Air Force is acquiring a squadron of 18 Rafale fighter jets that will replace the older non-modernized Mirage-2000.

At the same time, Mitsotakis referred to the suggestion by experts to strengthen the fleet.

The Navy is launching a program for four new Multi-Role Frigates. At the same time, it will modernise and upgrade four MEKO-200HN Frigates, which it already has. The new frigates will also be accompanied by 4 MH-60R anti-submarine helicopters.

The Prime Minister described the new armaments program of the country as “ambitious.”

“The program is ambitious, but within the country’s financial possibilities and holistic”, Mitsotakis explained, emphasising that the approach is different as some important investments are made.

The Greek Defense Industry will be kick started again. American funds are investing in the modernisation of the Elefsina Shipyards while another investor will soon enter the Skaramangas shipyards, with no job losses. The tender process for the privatization of the Hellenic Vehicle Industries has been completed. The Hellenic Aerospace Industry will be re-organized and transformed into an aircraft maintenance center for the wider area.

However, it is recognised that the armed forces are above all the human resources for this and in five years 15,000 new recruits is foreseen.

The arms of the three Branches of the Armed Forces will also be strengthened:

– New anti-tank weapons for the Army.
– New heavy-duty torpedoes for the Navy.
– New guided missiles for the Air Force.

The announcement for Greece to acquire 18 Rafale jets illustrates the strength of the partnership that has linked the Greek Air Force with French military industry for more than 45 years. It also demonstrates the enduring strategic relationship between Greece and France.