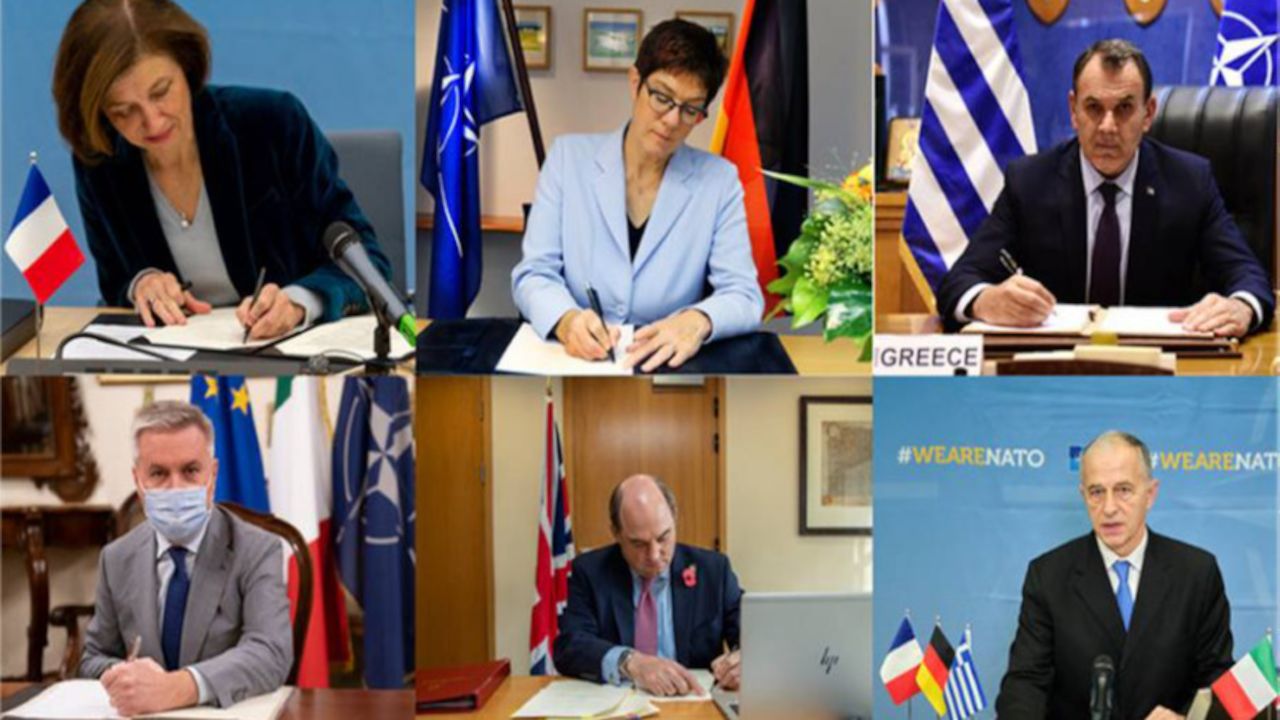 According to information published by the NATO website on November 20, 2020, France, Germany, Greece, Italy, and the United Kingdom announced the launch of a multinational project on Next-Generation Rotorcraft Capabilities on 19 November 2020.

The project is dedicated to the modernization of existing rotorcraft fleets and is one of NATO’s High Visibility Projects (HVP).

A significant number of medium multi role helicopter capabilities currently operated by Allies will reach the end of their life cycle in the 2035 – 2040 period and beyond, with the subsequent need for replacements.

The Next Generation Rotorcraft project aims to develop a solution for these upcoming requirements, leveraging a broad range of recent advances in technology, production methods, as well as operational concepts.

Over the coming years, experts from all five nations will cover an exhaustive programme of work, starting with defining a robust Statement of Requirements and a multi-phase cooperation plan.

The Defence Ministers of the five Allies signed a Letter of Intent to develop an entirely new helicopter capability. The signature was added virtually from the capitals of participating nations.

“By investing our resources and channeling our development initiatives through a multinational framework, we are making sure Allies are equipped with the best available capabilities, which helps to maintain NATO’s technological edge”, stressed NATO Deputy Secretary General Mircea Geoană.

The project highlights NATO Allies’ commitment to maintain a technological edge and to pursue multinational cooperation whenever possible.

The Next Generation Rotorcraft Capability initiative creates a multinational framework under which its participants can combine efforts to work on design, development and delivery of a medium multi-role helicopter.

A significant amount of the medium multi-role assets currently in service by Allies will reach the end of their life cycle in the 2035-40 period and beyond, with the subsequent need for replacements. These existing inventories are all based on designs dating back to the previous century. The aim of the NGRC initiative is to respond to this upcoming requirement, in a timely and cost-effective manner while concurrently leveraging a broad range of recent advances in technology, production methods, as well as operational concepts.

NATO differentiates between three different classes of vertical lift – or generally known as helicopter – capabilities: light, medium and heavy. The difference lies in the payload that can be carried. The NGRC concept phase will focus initially on medium multi-role capabilities, taking into account the speed of technological evolution and participants’ future requirements.

Vertical multi-role capabilities play a crucial role in the force structure of NATO Allies. Within this context, medium multi-role helicopters offer a large degree of versatility. Their operational use incorporates a wide range of missions including tactical operations such as ;INSERT INTOion and extraction of Special Operation Forces, transport of small and medium-sized cargo and troops into, out of, and within operational theaters, medical evacuation, search and rescue, and anti-submarine warfare. Their size allows them to take-off and land in topographically restricted areas such as forest glades or mountain ranges, adding to their operational flexibility.

By fielding a shared helicopter design, the NGRC initiative aims to increase interoperability amongst participating Allies.