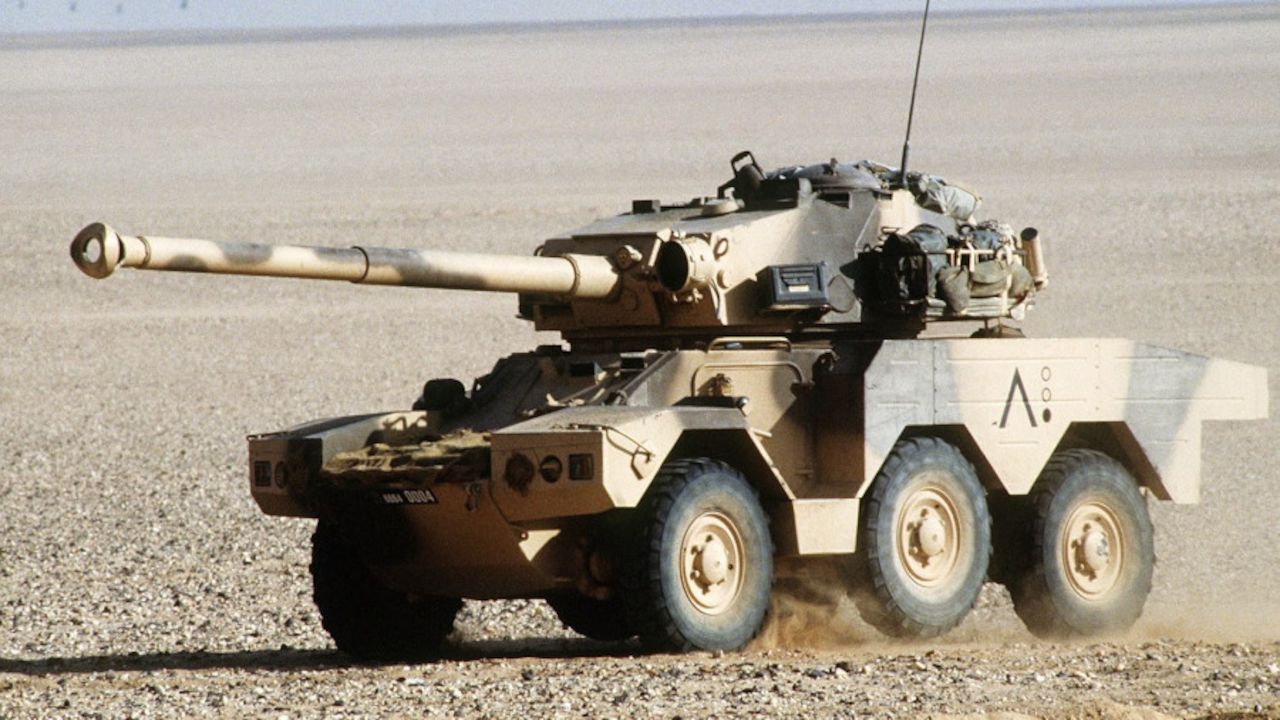 According to a statement released by the French embassy in Chad on January 23, 2021, France has delivered nine ERC-90 Sagaie, a 6x6 armored vehicle armed with a 90 mm cannon to the Chadian army during an official ceremony that was held in the capital N'Djamena, on January 23, 2021. The official ceremony was attended by the French ambassador in Chad and military authorities of the Chadian armed forces.

According to the Military Balance 2020, the Chadian army already has four ERC-90 Lynx that were delivered in 1987. Chadian army uses many wheeled armored vehicles delivered by France including 132 AML-60 / AML-90, 22 Bastion Patsas and Bastion APC (Armored Personnel Carrier), VAB and Black Scorpion APC.

The French ERC-90 Sagaie vehicles were delivered with spare parts as well as engines and ammunition. Currently, 20 Chadian soldiers are trained to be vehicle commander with the armored operational instruction detachment (DIO) of the EFG (French Forces in Gabon). In April, they will be trained to fire with the onboard armament and the combat tactical use of the vehicle. The training will continue until June 2021 to qualify drivers and gunner and will end with a live firing exercise.

The ERC-90 Sagaie has a crew of three, with the driver is seated at the front of the hull. The turret is mounted in the center of the hull with the commander and gunner. The turret is armed with a 90 mm gun which can fire a wide range of ammunition including HE (High Explosive), HE long-range, HEAT (High-Explosive Anti-tank), smoke and APFSDS (Armour-Piercing Fin-Stabilized Discarding Sabot). A 7.62 mm machine gun is mounted coaxially to the left of the main armament and two 80 mm smoke grenade dischargers are mounted either side of the turret at the rear of the turret. The roof of the turret is fitted with a ring mount which is armed with one 7.62mm machine gun.

The all-welded steel hull and turret of the ERC-90 Sagaie provides ballistic protection for the crew against the firing of small arms and artillery shell splinters. The floor of the hull consists of two plates welded together to form a flat V which helps the vehicle to slide off obstacles and stiffens the floor against damage from mines.

The ERC-90 Sagaie is powered by a Peugeot V-6 petrol engine developing 155 hp at 5,250 rpm coupled to Panhard transmission with 6 forward and 1 reverse gears. The vehicle can run at a maximum road speed of 95 km/h with a maximum road range of 700 km.