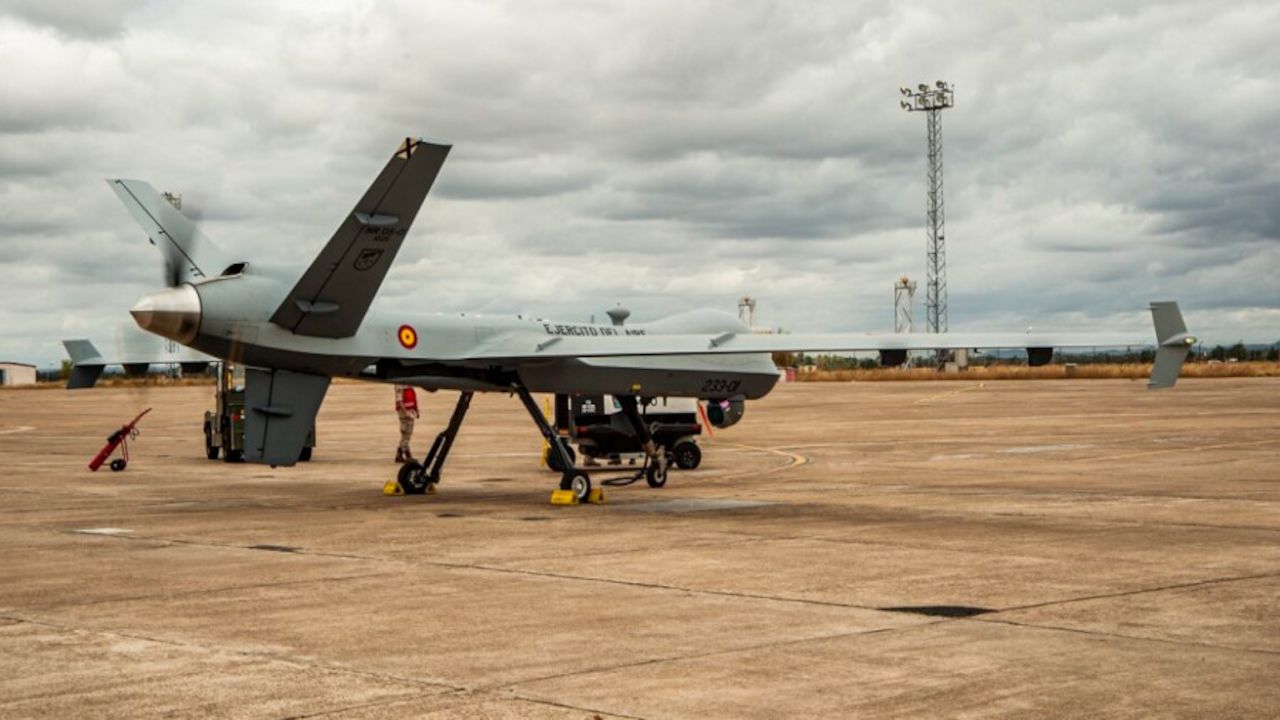 France has signed for a second additional General Atomics Aeronautical Systems Inc (GA-ASI) MQ-9 Reaper Block 5 unmanned aerial vehicle (UAV) in as many days, with the US Department of Defense (DoD) announcing a Foreign Military Sales (FMS) award on 1 July.

Valued at USD79.42 million, the contract in support of the French MQ-9 Block 5 aircraft procurement programme comes just two days after an FMS order for a French MQ-9 Block 5 to same value was placed on 28 June. Both contracts will run through to 29 March 2024.

France has six Reaper Block 1 and six Reaper Block 5 UAVs, and is in the process of acquiring a further six Block 5 vehicles for a total fleet of 12. These Block 5 aircraft will be armed with GBU-12 Paveway precision-guided bombs and AGM-114 Hellfire air-to-surface missiles, and will also be equipped with an FMS pod for electronic intelligence gathering.

The contracts for additional French Reaper Block 5 UAVs came about nine months after the DoD awarded GA-ASI USD7.4 billion to cover future domestic and international production of the MQ-9 Reaper. The award, announced by the US Air Force Life Cycle Management Center (AFLCMC) in September 2020, was granted under the Agile Reaper Enterprise Solution (ARES) scheme “in an effort to field MQ-9 Reapers faster and meet an increasing operational demand for the aircraft”.