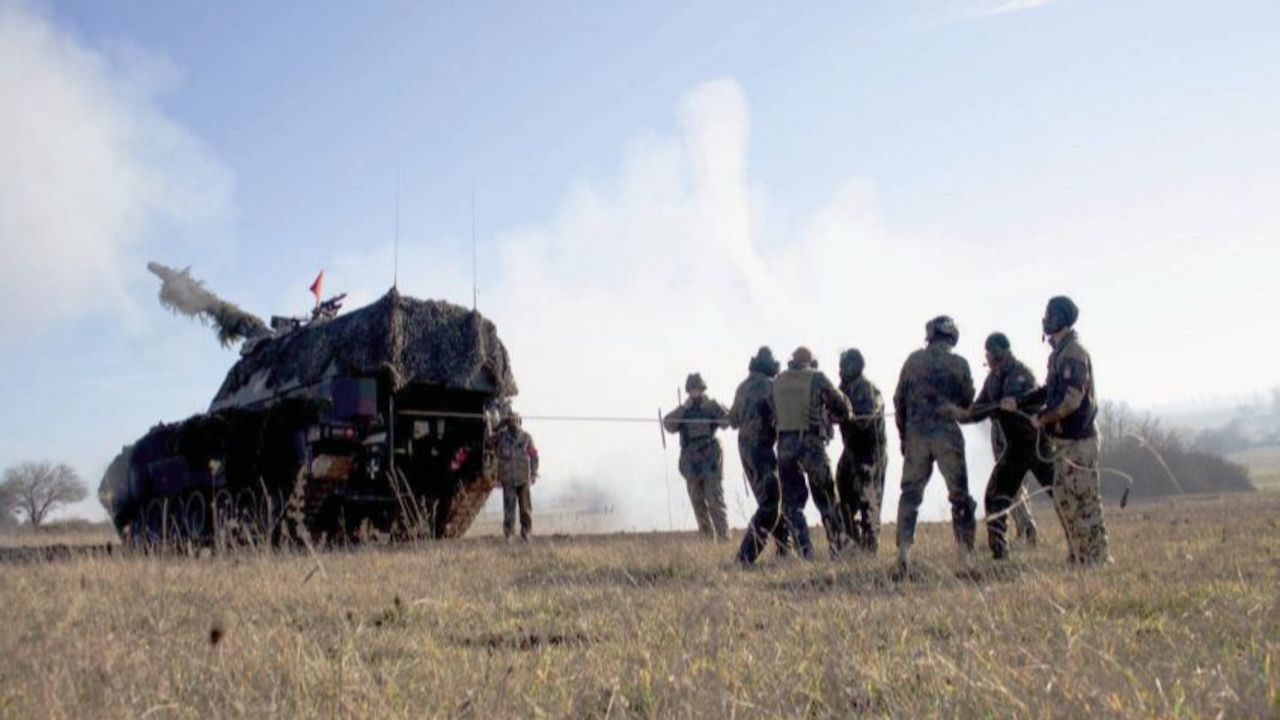 The 10th Panzer Division's Artilleriebataillon (Artillery Battalion) 131 is training eight Hungarian trainers on the Panzerhaubitze (PzH) 2000 self-propelled howitzer (SPH), the German Army announced on its website on 6 January. The service said the first of 24 PzH 2000s would be handed over to the Hungarian Defence Forces (HDF) in February 2022 and be used for training in Hungary.

Eight Hungarian artillerymen have received three months of training as gunners by Artilleriebataillon 131 in Weiden, Bavaria, which culminated in live firing of the PzH 2000 in November 2020. They will continue to be trained to become gun commanders during the first quarter of 2021, which will be followed by the training of four Hungarians to become section commanders and one to become battery commander beginning in March.

The eight Hungarians, who are D-20 towed gun howitzer artillerymen, preceded their training with a German language course and use German terms during the training as there are no Hungarian technical manuals for the PzH 2000 yet and for safety reasons so they can communicate with their Bundeswehr instructors, supported by Hungarian interpreters.

In June Artilleriebataillon 131 will participate with part of its command post and a battery in firing in Tata, north of Budapest, where the Hungarian armoured artillery battalion is being formed.