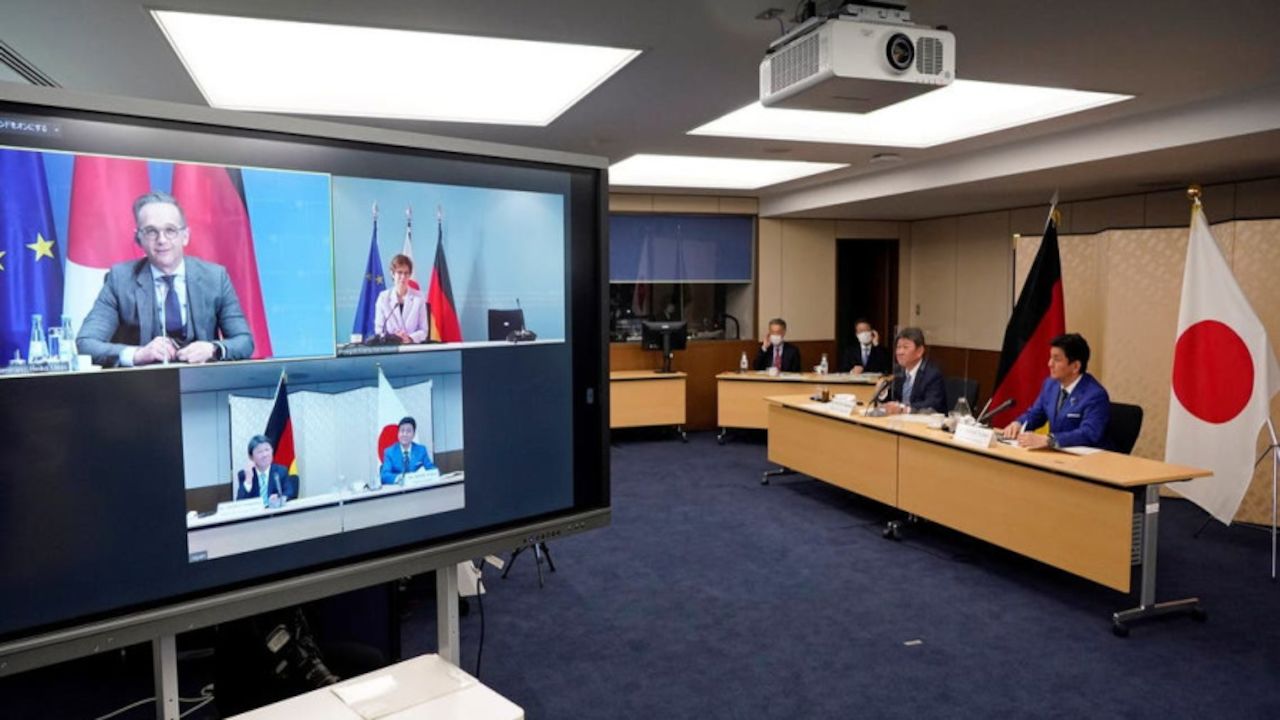 Japan and Germany agreed in security talks Tuesday to expand their military cooperation as the two nations shared concern about China’s increasing assertiveness in the Indo-Pacific region.

At the so-called “two-plus-two” talks held online, the Japanese and German foreign ministers and defense ministers agreed to step up their cooperation in defense and military equipment and technology transfers based on their intelligence sharing pact signed in March.

The four ministers exchanged views on China’s territorial claims in the East and South China seas and shared “grave concern” over the situation in Hong Kong and the human rights conditions in China’s Xinjiang region, the Japanese Foreign Ministry said in a statement.

Germany has been increasing engagement in the Indo-Pacific region and will be dispatching a frigate to the region. Japan welcomed the plan and suggested the possibility of joint naval exercises and German participation in a patrolling mission to watch for illegal ship-to-ship trade involving North Korea.

Japan and the United States have been promoting what they call a “free and open Indo-Pacific,” a vision of economic and security cooperation among countries that share democratic values to counter China’s growing influence. The US and Japan plus Australia and India, known as the “Quad,” are trying to gain wider support.