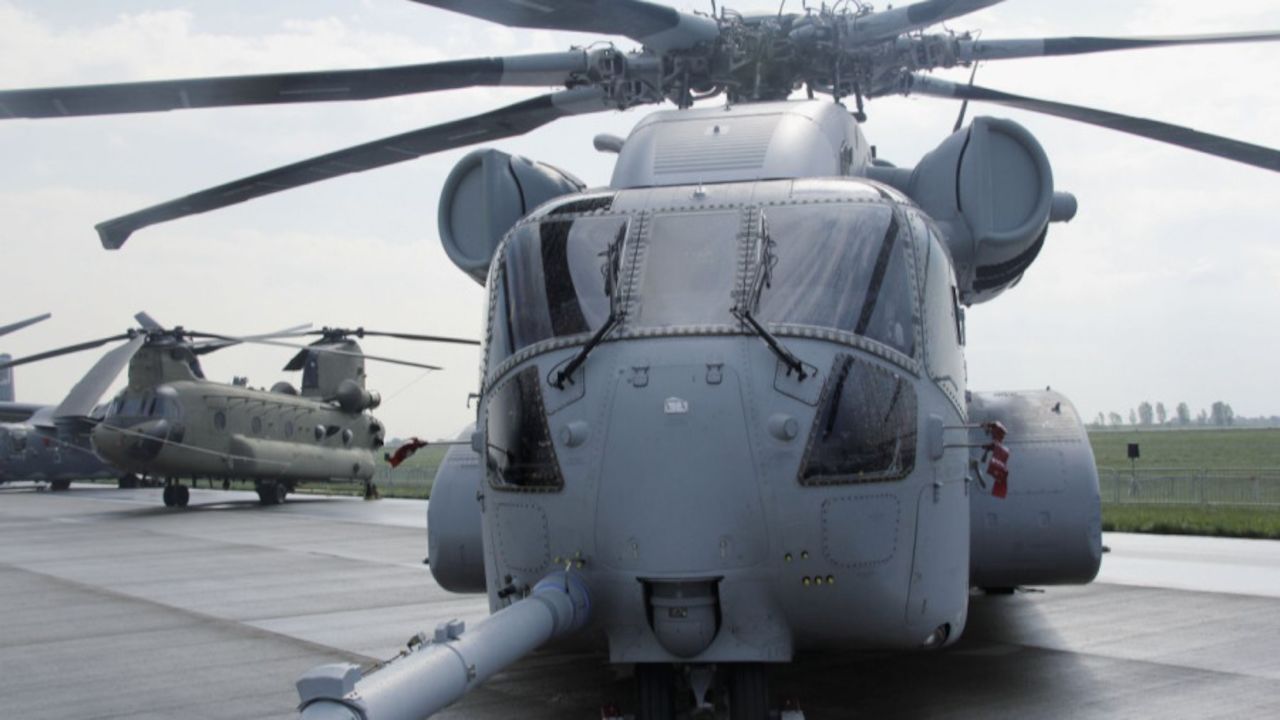 Germany has resurrected its cancelled heavy lift helicopter programme, with both competitors invited to submit new bids to the Ministry of Defence (MoD).

Lockheed Martin’s Rheinmetall partner disclosed on 27 January that the Schwere Transporthubschrauber (STH) cancelled in late 2020 has been relaunched, with Boeing and Lockheed Martin asked to submit new bids based on baseline versions of the H-47 Chinook and CH-53K King Stallion.

“Having cancelled the so-called STH tender last year, the German Ministry of Defence is currently soliciting bids for the former competitors from the US government in a so-called Foreign Military Sales (FMS) process. Such a programme typically provides for the purchase of the basic version of an aircraft,” Rheinmetall said in a statement announcing an expansion of the CH-53K industrial team in Germany.

Under the STH programme, the Luftwaffe seeks to replace its 70 VFW-Sikorsky CH-53G-series Stallions with between 40 to 60 Chinook or King Stallion helicopters respectively. With the tender having been launched in 2018, the MoD unexpectedly announced a cancellation in September 2020, citing budgetary concerns with the planned multi-million Euro procurement. Specifically, it said that the project would be unlikely to be realised within the allocated budget while meeting all of the Luftwaffe’s requirements. At that time the MoD said, “The aim remains to replace the previous model CH-53G in a timely manner. The project will therefore continue] with changed specifications.”