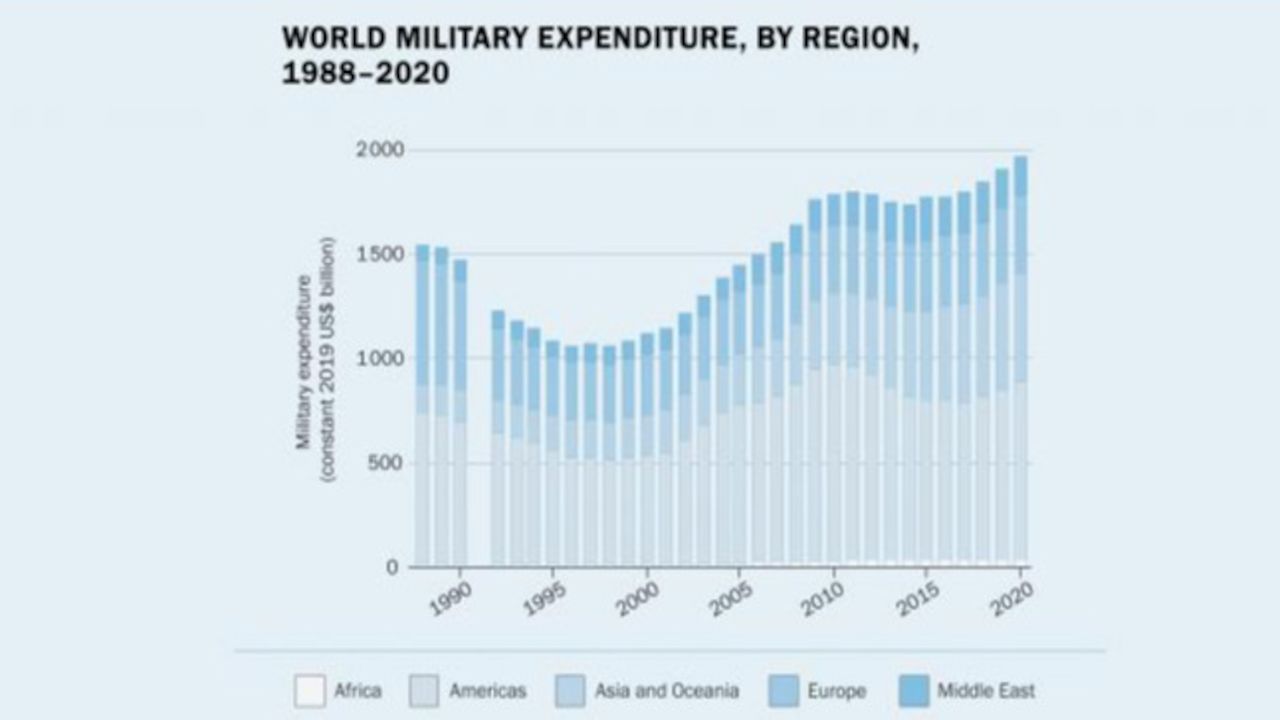 Global military expenditure rose by 2.6% to $1.98 trillion last year even as some defence funds were reallocated to fight the COVID-19 pandemic, the Stockholm International Peace Research Institute said in a report issued on Monday.

The five biggest spenders in 2020, which together accounted for 62% of military spending worldwide, were the United States, China, India, Russia and Britain in that order.

"We can say with some certainty that the pandemic did not have a significant impact on global military spending in 2020," SIPRI researcher Diego Lopes da Silva said in a statement.

However, some countries such as Chile and South Korea redirected part of their planned military spending to their pandemic response. Several others including Brazil and Russia spent considerably less than their initial military budgets for 2020.

It was the third consecutive year of growth in U.S. military spending, following seven years of continuous reductions.

China's military expenditure, the second highest in the world, is estimated to have totalled $252 billion in 2020, a rise of 1.9% from the previous tear. Chinese military spending has risen for 26 consecutive years, the longest series of uninterrupted increases by any country in SIPRI's database.