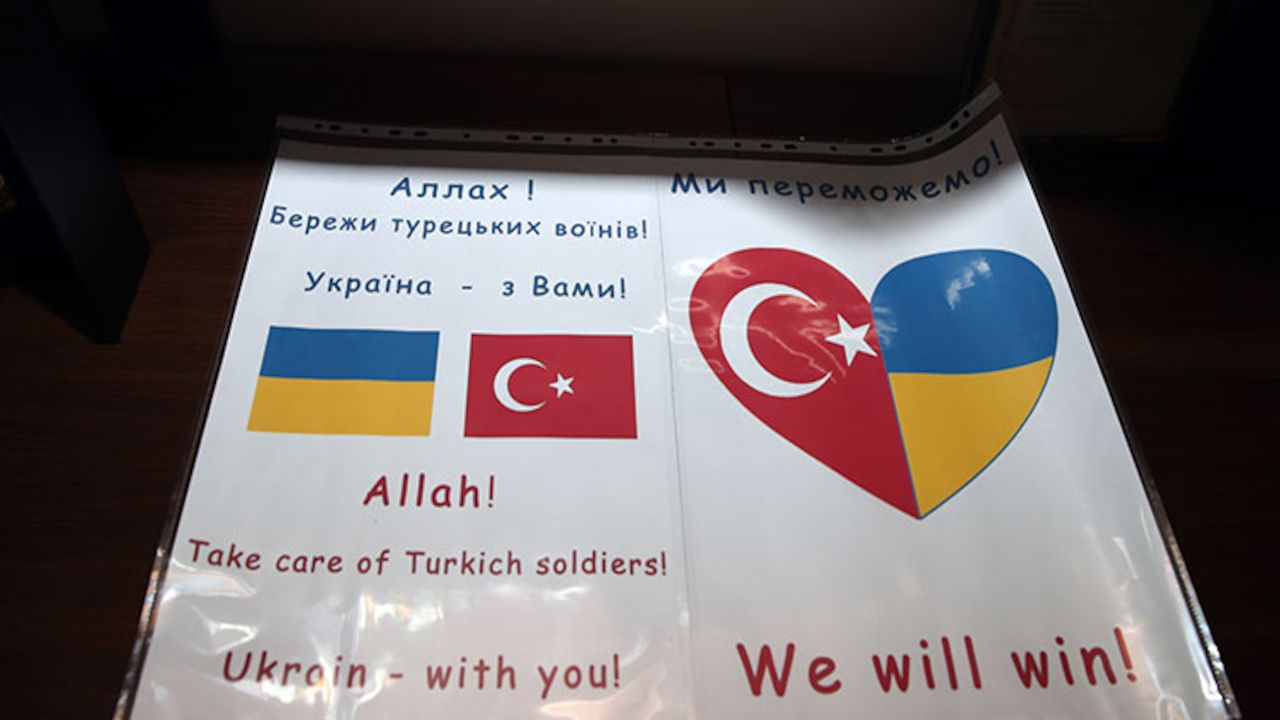 The National Defense Minister Hulusi Akar said, while reading a note left by an elderly woman with a carnation flower on the door of Turkey's Embassy in Kiev, after the kill of 33 Turkish soldiers in the attack which took place in Idlib, "This is one of the most beautiful examples of the depth of friendship between Turkey and Ukraine."

On Thursday, Akar arrived at "Boryspil" airport in Kiev, and he was received by the Ukrainian Deputy Minister of Defense Anatoly Petrenko, and his country's ambassador there Yağmur Ahmet Güldere, as part of an official visit to the country.

During the visit, Güldere also showed Akar the note displayed in the office which was written by a Ukrainian woman.

After the killing of 33 Turkish soldiers in Idlib, Syria, last February as a result of an attack carried out by the Syrian regime forces, an elderly Ukrainian woman left a message saying: "Allah take car of Turkish soldiers, Ukraine with you" in front of the embassy building with a carnation flower.

Akar commented after reading the emotional message in which the Turkish and Ukrainian flags were drawn side by side saying: "This is one of the most beautiful examples of the depth of friendship between Turkey and Ukraine."