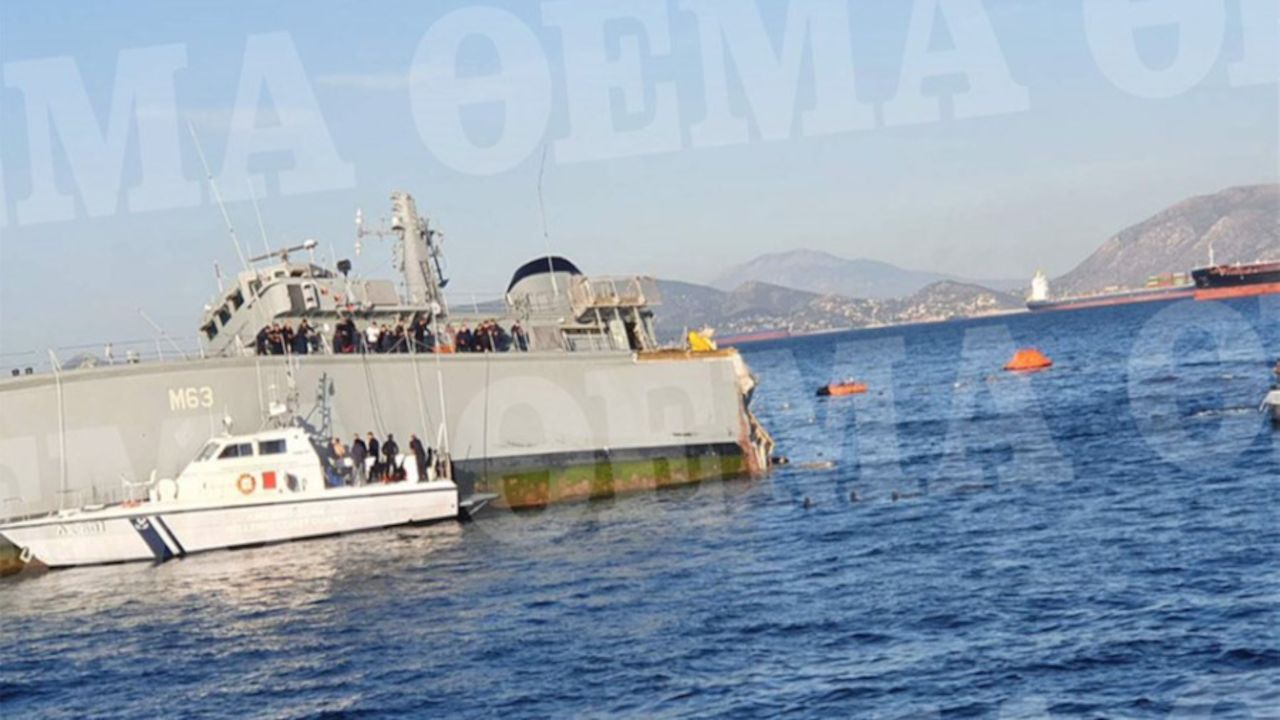 The Greek Hellenic Navy minehunter HS Kallisto (M63) was cut in two after colliding with a container ship off the Greek port of Piraeus early on Tuesday.

“On Tuesday, October 27, 2020 and around 07:30 in the sea area of ​​the Saronic Gulf, a merchant ship collided with NTHI KALLISTO. The Navy undertakes all the necessary actions to deal with the incident,” said a Hellenic Navy statement.

According to reports, Kallisto was coming out of the port when the cargo ship, identified as Portuguese-flagged Maersk Launcheston, collided with its stern resulting in a a major damage and inflow of water.

There were 27 people onboard the naval vessel and, according to a coast guard official, two of them were slightly injured in the incident. The two injured personnel were evacuated from the sea and taken to the Athens Naval Hospital. The reports added that the remaining crew are well and safe.

Images of the incident showed the naval vessel tilting on its side and sinking. An operation is underway by the Coast Guard and the Navy to tow the ship by a tugboat to the port of Salamis in order to prevent its sinking.

The exact circumstances of the incident is currently not known.