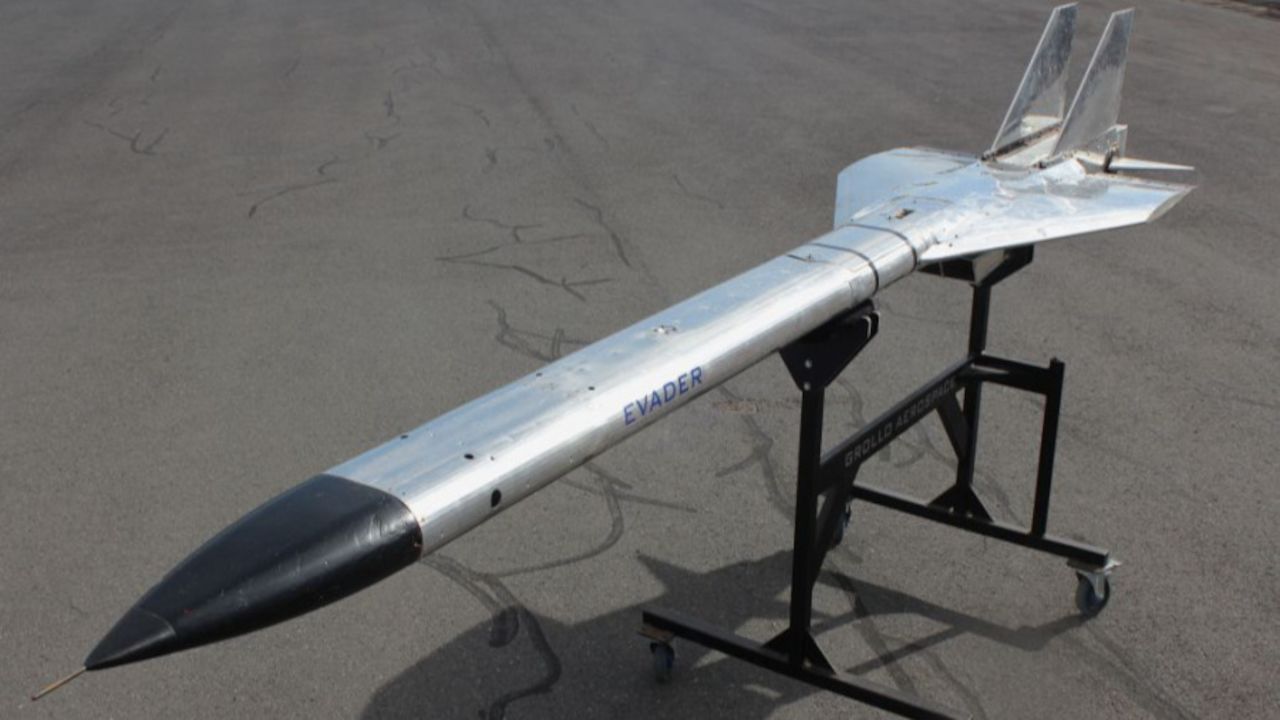 Australia’s Grollo Aerospace is set to finalise development in the next 24 months of what it describes as the world’s first low-cost, re-useable, supersonic air-launched target missile for naval and ground-based air-defence training applications.

Designated ‘Evader’, the developmental aerial target system is designed to replicate the flight profile and manoeuvring characteristics of a range of hostile missile and aircraft systems in fully representative end-to-end engagements that cannot be matched or reproduced in a simulation environment.

A company internal research and development (IRAD)-funded initiative that began in 2010, the Evader project was awarded a Defence Innovation Hub grant of AUD1.75 million (USD1.38 million) to progress the concept. An initiative of the Australian Department of Defence, the Defence Innovation Hub (the Hub) invests in innovative technologies that can enhance Defence capability and grow the Australian defence industry and innovation sector. The Hub has been allocated AUD800 million in funding until 2030 to advance developing technologies that have moved from the early science stages into the engineering and development stages of the innovation process.

Evader’s key discriminator, in terms of cost and performance, is its proprietary propulsion system: an innovative solid-state fuel-cooled variable geometry ramjet engine specifically designed and developed for supersonic flight. Fuel is fed to the motor using compressed nitrogen to achieve the required pressure. The fuel passes through part of the engine air inlet assembly to cool the combustion chamber before passing into it. Ignition is achieved not from a booster but through initial forward velocity after release. “The engine design enables rocket-like supersonic performance but, unlike a rocket, the ramjet uses standard, non-toxic and readily available JP1 fuel – essentially kerosene – and so the missile can be re-used multiple times,” Bill Schofield, executive chairman, Aadi Defence, and engineering defence consultant to Grollo Aerospace, told Janes