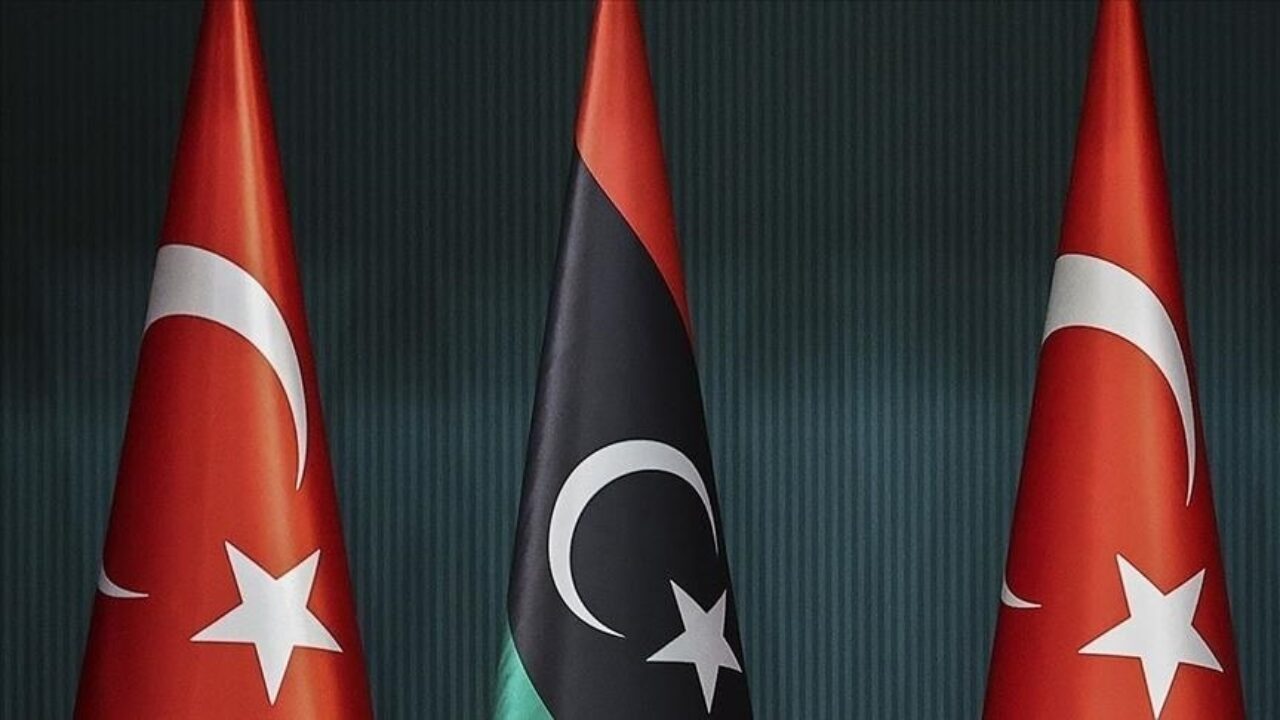 A high-level Turkish delegation arrived in the Libyan capital Tripoli on Monday for an official visit.

The Turkish officials are expected to meet with their counterparts, as well as Mohamed al-Menfi, chairman of the Libyan Presidential Council; Abdullah al-Lafi and Musa al-Koni, deputy leaders of Libya’s Presidential Council; Abdul Hamid Dbeibeh, leader of the Tripoli-based unity government, and Khalid al-Mishri, head of Libya’s High Council of State.

During the visit, the officials will discuss bilateral relations and collaboration as part of 2019 agreements on security and military cooperation and on the limitation of maritime jurisdiction in the Mediterranean.

They will also address ways to hold elections in Libya as soon as possible and the developments regarding legal infrastructure work.

According to diplomatic sources, a top agenda item will be the unity of all relevant institutions around a concrete plan to preserve stability in Libya and to hold presidential and parliamentary elections based on national consensus as soon as possible.

The delegation is also expected to visit the land allocated by the Libyan authorities for the construction of the Tripoli Embassy campus in the Tajura region.

After their contacts in Tripoli, the Turkish delegation is expected to return to Ankara in the evening.