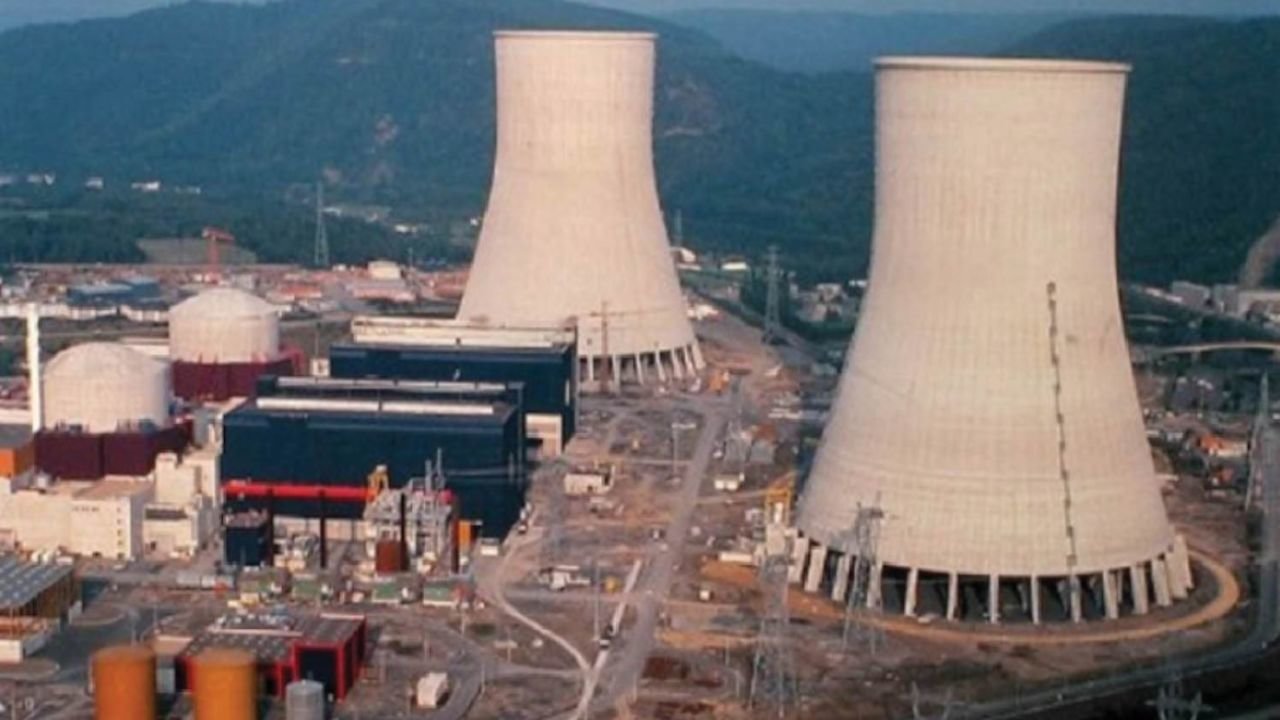 A high-ranking Egyptian delegation headed by the Minister of Electricity and Renewable Energy of Egypt, Mohammed Shaker, paid a working visit to one of the largest machine-building enterprises in Russia, JSC Tyazhmash on 30 July.

During the visit, the delegation visited the main production workshops, which are producing various equipment for NPPs in China, India and Turkey. They also examined the machining of elements of the transport gateway for NPPs in Bangladesh. The meeting ended with the signing ceremony launching the production of units for melt localisation devices for units 1&2 of the El-Dabaa NPP under construction in Egypt.

“Today's truly significant event is the result of the diligent joint work of project teams from both the Russian and Egyptian sides. The implementation of the project for the construction of the Egyptian nuclear power plant is taking place with the full support of the political leadership of Egypt. It is gratifying that the Egyptian-Russian team is showing good results and all the tasks it faces in implementing the project are being successfully fulfilled,” said Mohammed Shaker.

“First of all, I would like to emphasise the importance of this project for Rosatom and Russia as a whole. Such large-scale projects as the construction of a nuclear power plant can be implemented only with complete mutual understanding between the teams of the customer and the contractor, and we are very grateful to the Egyptian side that such an atmosphere has already been created on the project,” said Alexander Lokshin.

“We were ready to see modern technologies at production sites in Russia, and this gives us confidence that our cooperation will allow us to fulfil all the obligations under the contract and that all equipment will be manufactured and delivered on time,” said Amged El-Wakil.

Earlier, during a visit to Russia, the Egyptian delegation visited the Rostov NPP in Volgodonsk where they toured the central control panel and the turbine room of unit 4 and put questions to plant staff. The delegation also paid a technical visit on 29 July to Atommash, Volgodonsk branch of AEM-Technologies (part of Rosatom’s mechanical engineering division Atomenergomash) which is manufacturing the main equipment for unit 1 of the El-Dabaa NPP. During the visit, the specialists visited the production sites for the manufacture of reactors and steam generators - the main equipment of the primary circuit for nuclear power plants. The company's specialists demonstrated welding and machining of reactor parts, hydraulic tests and various control operations.

Andrey Marchenko, Quality Director of AEM-Technologies and Director of Operations of Atommash, Maxim Zhidkov, told a working meeting about the specifics of the production process and answered guest questions. The meeting was attended by the Deputy Chairman of the Management Board for Operations and Maintenance, Inspector General of the Project Management of the El-Dabaa NPP, engineer Mohamed Ramadan, the project manager of the El-Dabaa NPP, the Nuclear Power Plant Directorate, Dr Mohamed Dviddar, as well as Russian specialists.

The El Dabaa NPP, sited on the Mediterranean coast, will comprise four 1200MWe units with a Generation III+ VVER-1200 reactor. It is being constructed by Rosatom in accordance with a suite of contracts that entered into force in December 2017. According to the contract, Russia will also supply nuclear fuel throughout the lifecycle of the nuclear plant, arrange for the training of the Egyptian personnel, and will assist in the operation and maintenance of the plant for the first 10 years of its operation. The investment cost of the project is $30 billion, 85% of which is financed through a $25 billion Russian loan.

The visit came after local press speculation in Egypt had linked delays in the construction of El Dabaa with wider tensions in relations between Egypt and Russia, in particular over the Grand Ethiopian Renaissance Dam (GERD). Egypt and Sudan are vehemently opposed to GERD which they say could reduce the availability of freshwater and cause serious harm to the food security and livelihoods. Commenting on the Egyptian-Russian relations, Tarek Fahmy, a political science professor at Cairo University, told Al-Monitor they have been always unstable. “The postponement of the completion of the El-Dabaa nuclear project is certainly related to the tension between Egypt and Russia,” he said. “This tension manifested clearly after Russia’s stance in the Security Council session on the GERD and following Ethiopia's announcement of signing a military agreement with Russia” signed on 12 July.

Fahmy further argued that this should be seen in the broader context of growing US influence in Egypt, noting that Egypt had participated in the Sea Breeze naval exercises in the Black Sea region in late June hosted by the US and Ukrainian navies off the disputed Crimean Peninsula. despite Russian threats to fire on intruding ships.”

Al-Araby Al-Jadeed said on 19 July that Egypt had suspended planned meetings with Rosatom, again citing tensions over GERD. The paper erroneously reported that senior technical representatives from the Ministry of Electricity and Renewable Energy and the NPPA had been prevented from going to Moscow by the Egyptian authorities.

Rosatom categorically denied these reports: “In light of recent speculations spread by certain English-language Arab media outlets concerning the alleged suspension of the El-Dabaa NPP project, we would like to stress that our bilateral cooperation remains as strong as ever,” Rosatom tweeted.

Egyptian Nuclear and Radiological Regulatory Authority spokesman Karim al-Adham confirmed that the project was delayed in reply to questions from the Egyptian economic newspaper Enterprise on 14 July. Adham said that construction works for the nuclear plant will not start for another year, as regulators are now expected to receive construction licences in mid-2022. They were previously scheduled to be issued in the second half of 2021. However, despite persistent questioning from the newspaper, Adham insisted that the disruption had been caused by the coronavirus pandemic and denied that there were any financial impediments.

In other related areas, Egyptian-Russian relations were also clearly still on track. On 23 July, the heads of the Egyptian Academy of Scientific Research and Technology (ASRT), President Mahmoud Sakr, and Vice-President Jina al-Fiki, were welcomed at Russia’s Joint Institute for Nuclear Research (JINR) in Dubna to discuss Egypt's participation in JINR, as a full-fledged participating country. JINR Director Grigory Trubnikov noted the high level of cooperation between JINR and Egypt, based on the successful implementation of a roadmap for cooperation signed in 2018. “Egypt is our important strategic partner, he said.

ASRT President Mahmoud Sakr noted that cooperation with JINR has enriched Egyptian science both in the field of personnel training and in the field of physics research. “Egypt is entering a new era of scientific development and is aiming for a new model of the knowledge-based economy. We regard JINR as a strategic partner for the development of new scientific directions in the country, namely supercomputing and radiobiological research, applied and fundamental research and, in particular, high-energy physics, as well as the peaceful use of nuclear energy,” he added.