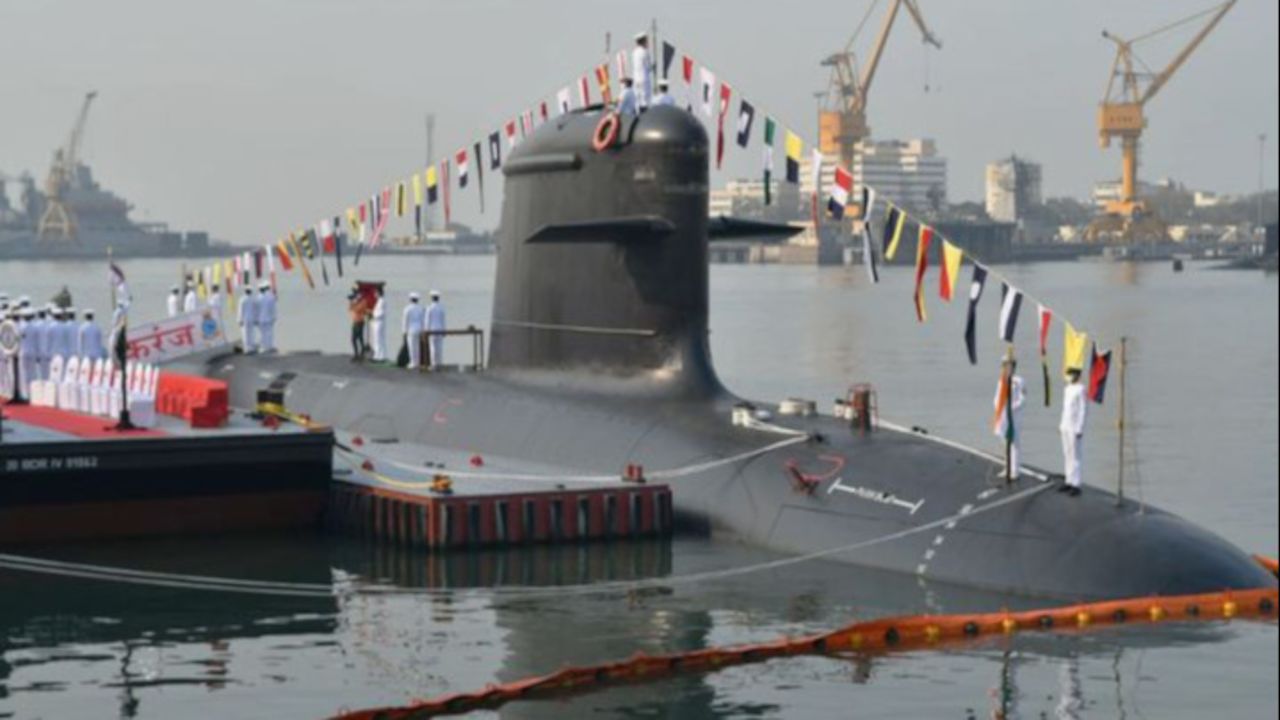 Karanj is the first submarine in the class for which the crew training was entirely Indian-led. Its commissioning follows that of first-of-class INS Kalvari in December 2017 and second boat INS Khanderi in September 2019.

The fourth and fifth submarines of the class, Vela and Vagir, are currently undergoing trials, while the final boat in the series, Vagsheer, is understood to be at an advanced stage of outfitting.

The 67.6 m long Kalvari-class SSKs displace 1,775 tonnes when submerged and have a top speed of 20 kt and a maximum endurance of 52 days. They are equipped with Exocet SM39 sea-skimming anti-ship missiles and C303/S anti-torpedo countermeasure systems.

The submarines were originally planned to be fitted with WASS Black Shark torpedoes, but a deal to acquire 98 of these was scrapped in 2016 following corruption allegations. A request for proposals (RFP) was then issued in 2019 with the aim of acquiring modern heavyweight torpedoes for the submarines. In the meantime, it is believed that the boats are equipped with older German-built SUT-series torpedoes, which are also in service with the IN’s Shishumar-class submarines.