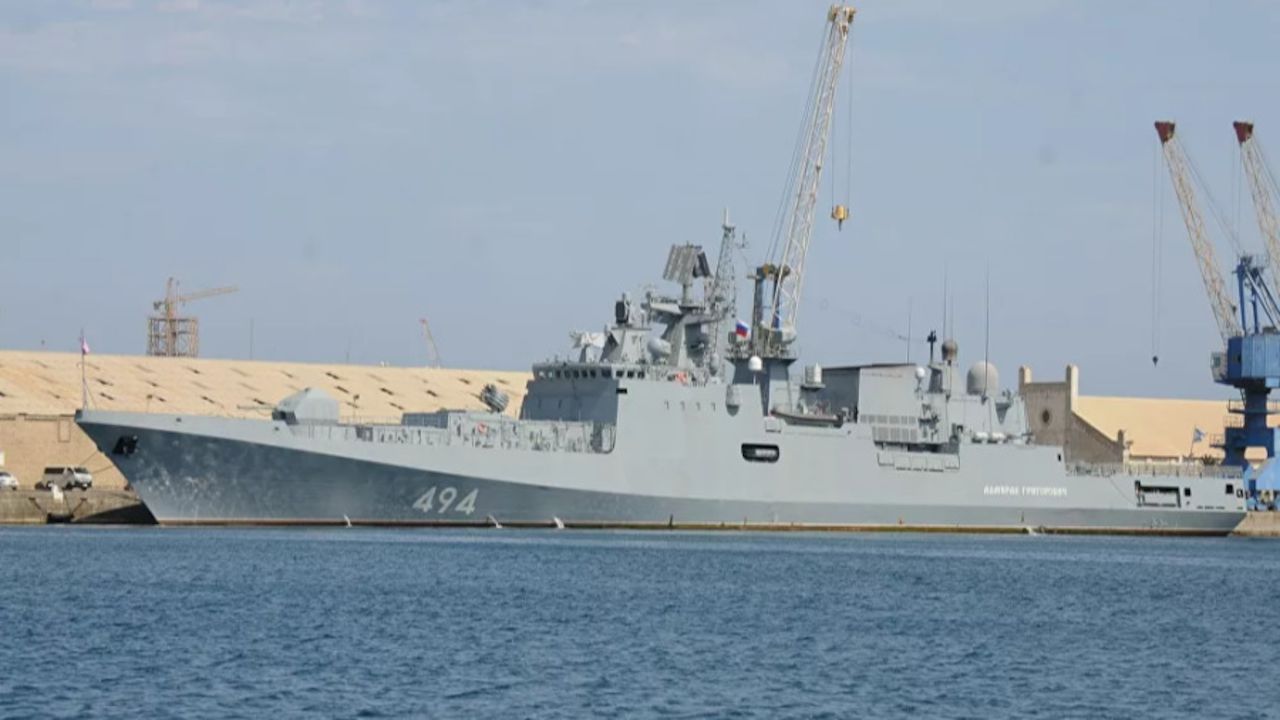 India has joined the select group of countries to have designed and built their own aircraft carriers, with its first Indigenous Aircraft Carrier, or IAC, named INS Vikrant, having begun sea trials today. While the program has suffered delays and cost overruns, the milestone is still a significant one for the Indian Navy and its air arm and is the next step toward India fielding its planned multiple-carrier force.

With almost all the construction work on the warship now completed, Vikrant can commence at-sea trials, the propulsion and power generation equipment already having been tested while in harbor late last year. The new carrier was most recently expected to have gone to sea earlier this year, but that schedule was interrupted by the COVID pandemic. The first voyage will now be used to assess the performance of the hull, main propulsion, auxiliary equipment, and others.

Described by the Indian Navy as the nation’s largest and most complex warship, the Vikrant was built at Cochin Shipyard in Kerala and is a flagship of the “Make in India” initiative, which promotes indigenous projects to spur the country’s economic growth and technological know-how. According to the Indian Ministry of Defense, Vikrant has more than 76 percent indigenous content, but it’s been a long time coming — the Cabinet Committee on Security approved construction of the new carrier as long ago as 1999 and the planned commissioning date slipped from 2014 to 2018, and now to 2022.

The new vessel has a reported top speed of 28 knots and an endurance of around 7,500 nautical miles, powered by General Electric LM2500 gas turbines. With a length of 860 feet, a width of 203 feet at its widest point, and a height of 194 feet including the superstructure, Vikrant is comparable in dimensions to the Indian Navy’s current aircraft carrier, INS Vikramaditya, a completely reworked Kiev class warship. That ship was first ordered from Russia in 2004, but suffered extensive delays in the conversion process, and was not commissioned into Indian service until 2013.

The Vikrant also shares some other general design features with the Vikramaditya, particularly in that it is similarly equipped for short take-off but arrested recovery, or STOBAR operations. This means the warship lacks catapults, and instead it launches its fixed-wing aircraft off an angled “ski jump” ramp over the bow, before recovering them using arrester wires.

However, the Vikrant is said to have introduced some notable advances over the older, Soviet-era design. For example, its crew of around 1,700 are provided with specialized cabins for female officers, and the level of automation is reportedly increased considerably, improving machinery operation, navigation, and survivability.

The introduction of gas turbine propulsion, in particular, should help address some of the earlier reliability problems and safety concerns that have faced the Vikramaditya, which is powered by steam boilers.

While the aircraft-operating principles are broadly similar, it is also important to remember that the Vikrant was designed from the outset as a STOBAR vessel, while Vikramaditya was modified to this configuration after being completed as a vertical takeoff and landing (VTOL) carrier, with no ski jump.

Italian shipbuilder Fincantieri served as a consultant for the design of the Vikrant’s hangar and deck. Unlike on Vikramaditya, the ship has elevators installed on either side of the superstructure, these also being moved to the deck edges, on the starboard side, to improve aircraft handling and movements. The size of those elevators, however, could still be a problem, since they appear to be scaled more or less exclusively to the Russian-made MiG-29K/KUB Fulcrum fighter jet, potentially preventing any larger fixed-wing types from being deployed, at least without significant modifications.

In terms of sensors and weapons, the Vikrant includes the Israeli-supplied IAI Elta EL/M-2248 MF-STAR, with four active electronically scanned radar arrays, which can be used for surface search as well as tracking aerial contacts. The defensive weaponry is a mix of Israeli and Russian systems, with Rafael Barak 8 surface-to-air missiles complemented by AK-630 Gatling-gun-type close-in weapon systems (CIWS).

Arguably just as important as any new carrier is the carrier-based fighter that is intended to operate from it. Currently, the standard Indian Navy carrier fighter is the MiG-29K/KUB, which operates from the Vikramaditya. India ordered 45 examples of these multi-role jets in two batches. However, a successor is being sought under the Multi-Role Carrier Borne Fighter (MRCBF) competition, which calls for 57 new jets. These had been expected to operate from both Vikrant and the next indigenous carrier, although the elevator dimensions on the Vikrant could make that very difficult. In fact, it could mean that the Russian jet is the only feasible option for the Vikrant, which would potentially jeopardize the entire MRCBF effort.

With the indigenous HAL Naval Light Combat Aircraft (LCA), a carrier-capable version of the Indian Air Force’s Tejas, having been rejected by the navy, the MRCBF is likely to be chosen from one of three offerings, the Boeing F/A-18E/F Super Hornet, Dassault Rafale, or the MiG-29K. A carrier-based Gripen has been proposed, too, but is unlikely to displace any of the three off-the-shelf options, unless the Gripen is ordered for the Indian Air Force, too. Ironically, the unwanted Naval LCA would have been small enough to use the elevators on the Vikrant.

With an eye on MRCBF, Boeing has been especially active in demonstrating that the Super Hornet can operate from a ski jump deck, with a series of trials using the ground-based ramp at Naval Air Station Patuxent River in Maryland.

As well as MiG-29K/KUBs, and the future MRCBF, the Vikrant is likely to embark, in the near-term at least, Kamov Ka-31 Helix airborne early warning helicopters, Ka-28 Helix anti-submarine helicopters, and HAL Chetak plane-guard and utility helicopters. On the Vikramaditya at least, the standard air wing comprises 16-24 MiG-29K/KUBs and a handful of Chetaks, with other helicopters normally embarked on escort vessels.

The Indian Navy is a long-term aircraft carrier operator, the start of sea trials for the Vikrant coming 50 years after a ship of the same name (a British-made Majestic class carrier) took part in India’s 1971 war with Pakistan.

Since then, the Indian Navy has operated the INS Viraat (the former HMS Hermes), introduced in the mid-1980s, together with the Sea Harrier short takeoff and vertical landing (STOVL) fighter, and which you can read about in more detail here. The original Vikrant was decommissioned in 1997, but with the introduction of the Vikramaditya in 2013, India briefly had a two-carrier fleet again, until the Viraat and the Sea Harriers were decommissioned between 2016 and 2017.

Once the new Vikrant is commissioned into service, planned for the middle of next year, India will once again possess two carriers, but its ambitions extend beyond that.

The next indigenous carrier, or IAC-2, INS Vishal is planned to be significantly bigger, in the region of 65,000 tons, compared to 40,000 tons for the new Vikrant. Reflecting this ambition, India has looked to both the United Kingdom and the United States for potential collaboration on IAC-2, in particular in the fields of launch and recovery systems, propulsion, and overall design. This vessel is expected to enter service sometime in the 2030s and may well incorporate an Electromagnetic Aircraft Launch System (EMALS) in place of the ski jump, with the United States having approved the transfer of this technology to India.

Once India reinstates its two-carrier force, it will, in theory, be able to have separate vessels for patrolling home waters (or training) and for out-of-area deployments, although this will also depend on maintenance requirements.

Currently, the Vikramaditya is the Indian Navy’s flagship, but it has not been involved in any combat operations. Instead, the carrier has been used mainly for exercises across the Indo-Pacific region, including with the U.S. Navy and, most recently, with the Royal Navy’s Carrier Strike Group 21. With India’s carrier capabilities now set to increase, it’s also possible that these warships will take a more active role in responding to geopolitical tensions in the region.

A credible carrier force would certainly be a very valuable tool for India as it seeks to take a more active role militarily in the maritime domain in the Indo-Pacific region, particularly with an eye on China, one of its major regional adversaries. China has, of course, already been pushing ahead with its own carrier plans, with work on a third carrier underway and some observers claiming that Beijing ultimately plans for “10 or more” carriers in the long term. Whatever the truth in that assessment, China is now some way ahead of India in terms of carrier building, and that trend is likely to continue.

India, like China, sees aircraft carriers, and the highly visible power-projection capabilities they engender, as being a fundamental part of its navy’s ability to match expanding national aspirations. Ultimately, however, India is very much in the process of establishing a modern carrier fleet and it remains to be seen just how effective it will be on a regional and global stage.