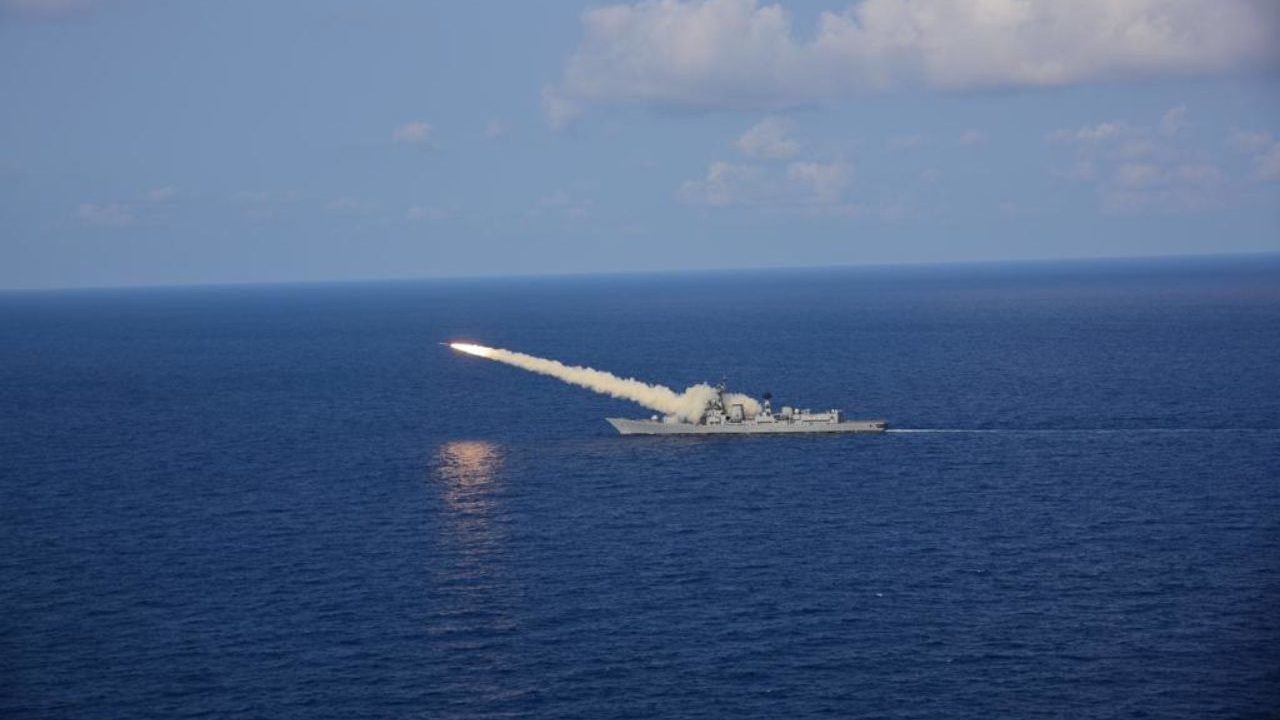 The Indian Navy announced that it has successfully fired a BrahMos supersonic ramjet cruise missile from an upgraded modular launcher for the first time.

This firing is yet another shot in the arm for #AatmaNirbharBharat (2/2)."

It should be stated that AatmaNirbhar Bharat is the vision of the Indian Prime Minister to make India a self-reliant nation.

The BrahMos (also designated as PJ-10) is a medium-range stealthy supersonic ramjet cruise missile that can be launched from submarine, ships, aircraft or land. It is currently the fastest supersonic cruise missile in the world. It is a joint-venture between the Russian Federation's NPO Mashinostroyeniya and India's Defence Research and Development Organisation (DRDO), who together have formed BrahMos Aerospace. It is based on the Russian P-800 Oniks supersonic anti-ship cruise missile. The name BrahMos is a portmanteau formed from the names of two rivers, the Brahmaputra of India and the Moskva of Russia.