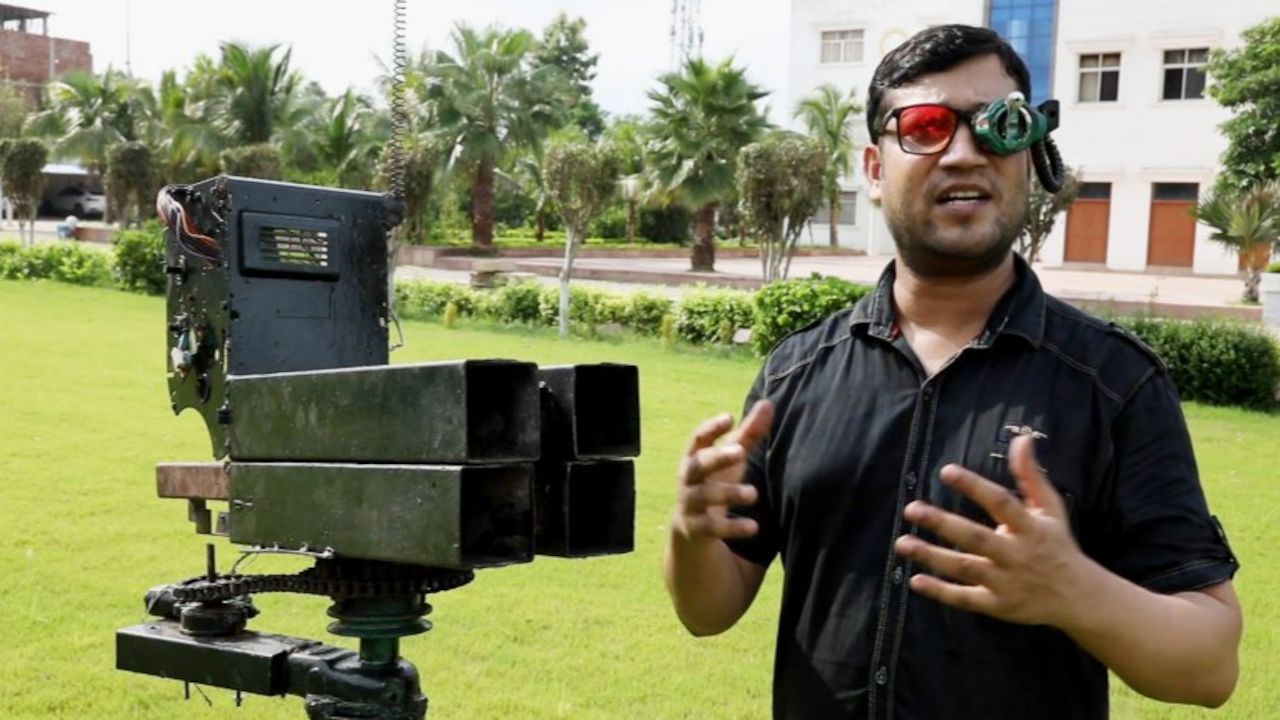 nventor Shyam Chaurasia has developed 'Smart Defence Goggles' that can operate and fire weapons up to 1.5 km away and demonstrated the technology at the Ashok Institute of Technology and Management in the northern Indian city of Varanasi.

"I made the entire system using scrap material. I used car shock absorbers and auto parts for making this gun. Most of the materials are scrap materials and parts picked up from junkyards," explained Chaurasia. He said that he got his inspiration for his system from science fiction. "I watch a lot of Marvel movies and watch a lot of science-fiction and invention movies. So, I got the idea of designing glasses to control and fire missiles and other weapons. It’s only a prototype design. Wearing these glasses, if I give a command like "007 Fire", the bullet installed in the particular gun will fire,'' he said.

Shyam Chaurasia also explained that the recent border clashes between India and China spurned him into action for the device. "The purpose of such inventions and designing guns is to reduce the life and property damage and for the safety of our soldiers who are facing the enemy and the terrorists," he said.