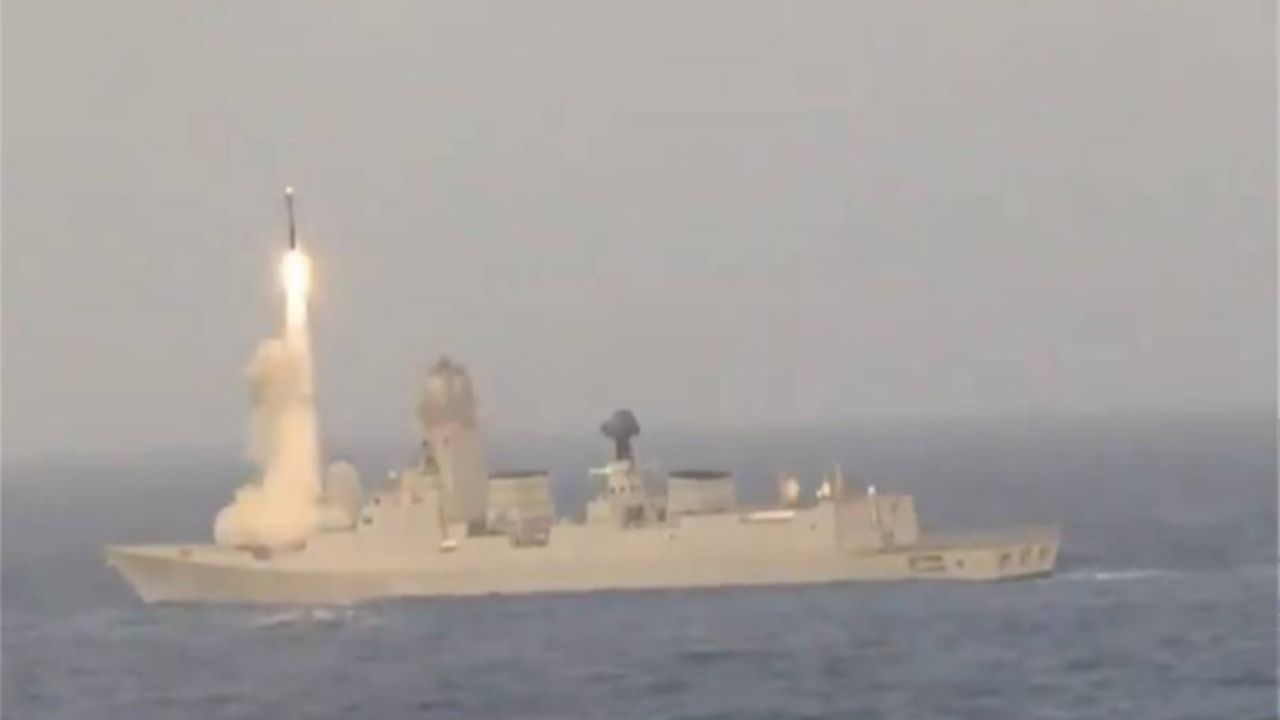 According to a Tweet published by the Indian DRDO (Defence Research and Development Organisation) on October 18, 2020, the Indian Navy successfully test-fired naval version of BrahMos cruise missile from the Indian Navy’s indigenously-built stealth destroyer INS Chennai, hitting a target in the Arabian Sea. The missile hit the target successfully with pinpoint accuracy.

The Brahmos is is a medium-range ramjet supersonic cruise missile jointly developed by the Russian Federation's NPO Mashinostroyeniya and India's Defence Research and Development Organisation (DRDO), who together have formed BrahMos Aerospace. The missile can be launched from a submarine, ships, aircraft, or land.

The BrahMos supersonic cruise missile with a fine combination of speed, precision and power, has three times more velocity, 2.5 to 3 times more flight range, 3 to 4 times more seeker range and nine times more kinetic energy than any existing subsonic cruise missiles. The multi-platform, multi-target cruise missile, carrying a conventional warhead weighing 200 to 300 kg, is capable of flying at a top speed of around Mach 3 for destroying targets as deep as 300 km.

According to Indian Defense Industry, the BrahMos missile has the capability of attacking surface targets by flying as low as five meters in altitude and the maximum altitude it can fly is 14,000 meters. It has a diameter of 70 cm and a wingspan of 1.7 m. It can gain a speed of Mach 2.8 and has a maximum range of 450 km. The ship-launched and land-based missiles can carry a 200 kg warhead, whereas the aircraft-launched variant (BrahMos A) can carry a 300 kg warhead. It has a two-stage propulsion system, with a solid-propellant rocket for initial acceleration and a liquid-fuelled ramjet responsible for a sustained supersonic cruise.

The INS Chennai (D65) is the third ship of the Kolkata-class stealth guided-missile destroyers of the Indian Navy. She was constructed at Mazagon Dock Limited (MDL) located in Mumbai. She was laid down in February 2006, and was launched on 2 April 2010 by the then Defence Minister AK Antony's wife Elizabeth Antony at a function in Mumbai, and was commissioned on 21 November 2016 by the Indian Defence Minister Manohar Parrikar. The ship has a crew of 40 officers and 350 sailors.