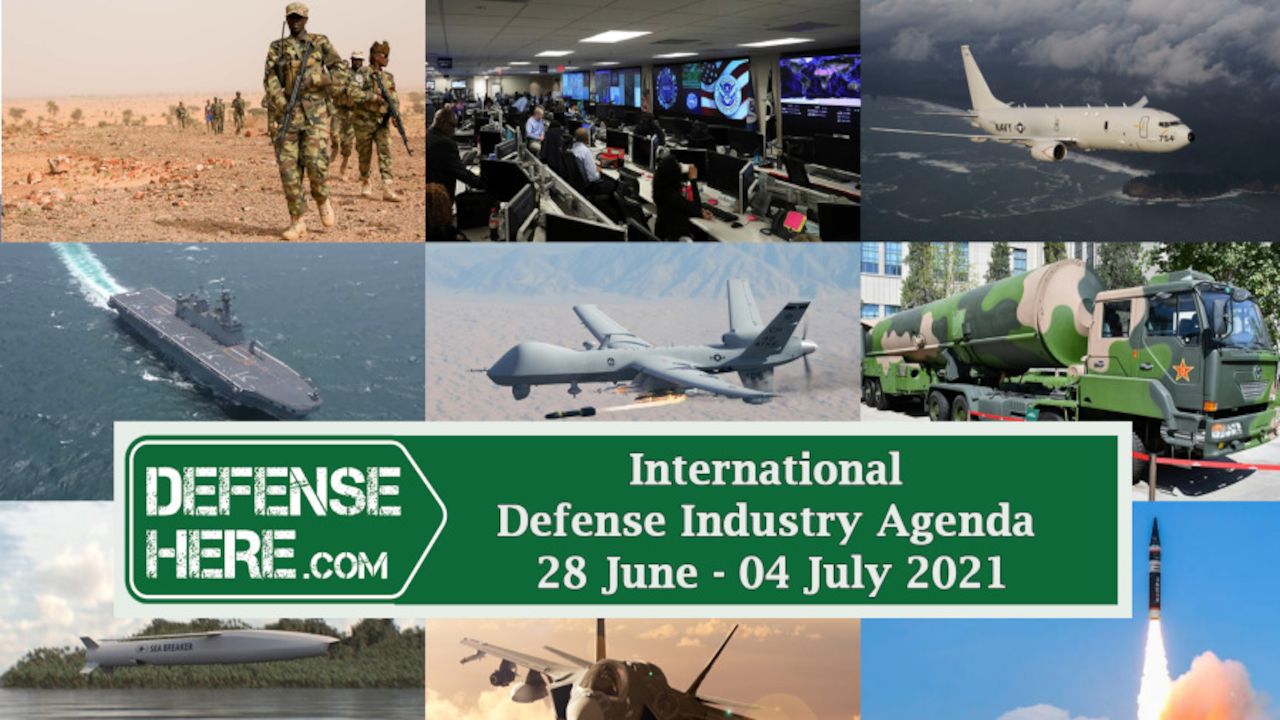 China has begun building more than 100 silosfor intercontinental ballistic missiles in a desert near the country's northwestern city of Yumen.

Cybersecurity firm "Huntress Labs" said that nearly 200 US businesses have been hit by a colossal ransomware attack.

Germany has signed $1.31 billion contract with the US based Boeing company for the purchase of five Boeing P-8A maritime patrol aircrafts.

Albania’s interest in acquiring the Bayraktar TB2s has become official after the country’s parliament allocated an additional budget of more than 8 million euros for such procurement.

The Ministry of Defense of Chad announced that Russia will provide military equipment to the army of Chad.

Switzerland announced that it will be purchasing F-35A fighter jets and Patriot missile systems from the United States.

France has signed a contract valued at $79.42 million with the US government for the purchase of an additional MQ-9 Reaper Block 5 unmanned aerial vehicle. 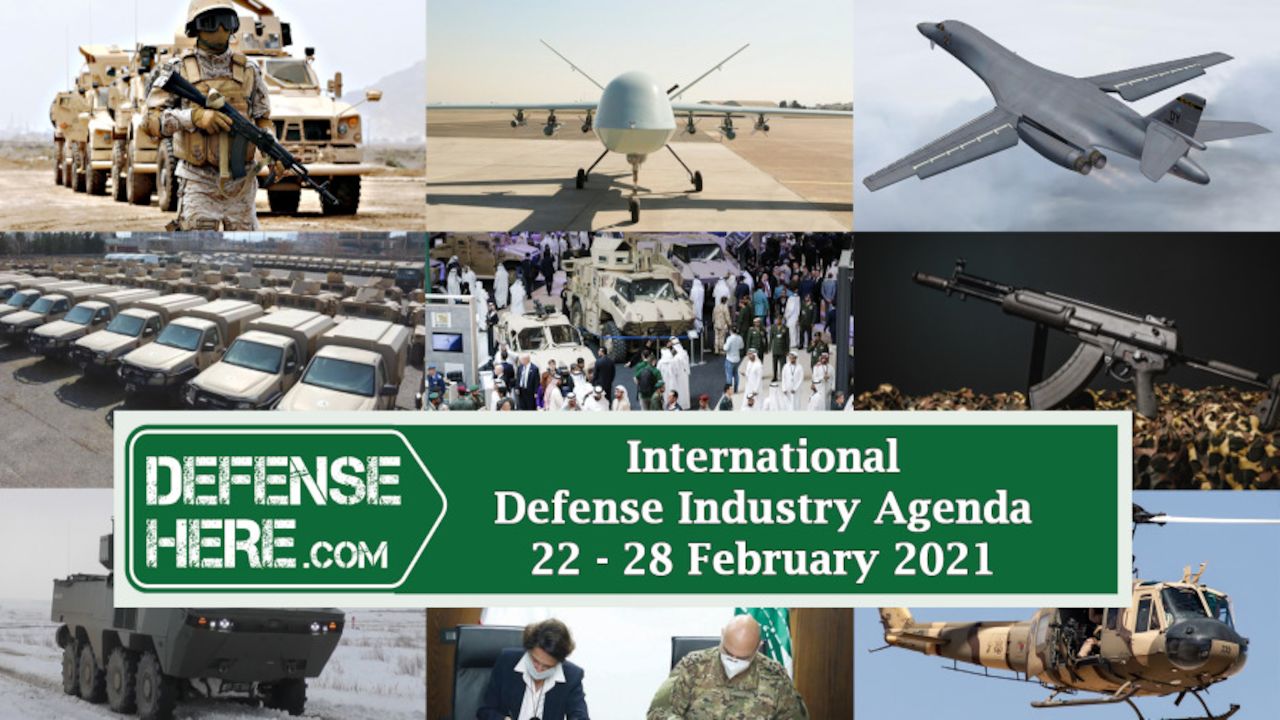 The USA donated hundreds of military vehicles to Afghanistan.

Georgia announced that they have developed the first domestic reconnaissance and combat drone.

Saudi Arabia and Russia signed an agreement to establish a Kalashnikov factory in Saudi Arabia.

The Prime Minister of Bangladesh announced that his country desires to produce its own warplanes to strengthen its air force.

The United Arab Emirates signed 86 arms contracts worth $ 5 billion 700 million at the International Defense Industry Fair IDEX 2021, which started on February 21 and lasted for 5 days.

Boeing announced that it has started the assembly of the T-7A jet trainer aircraft. 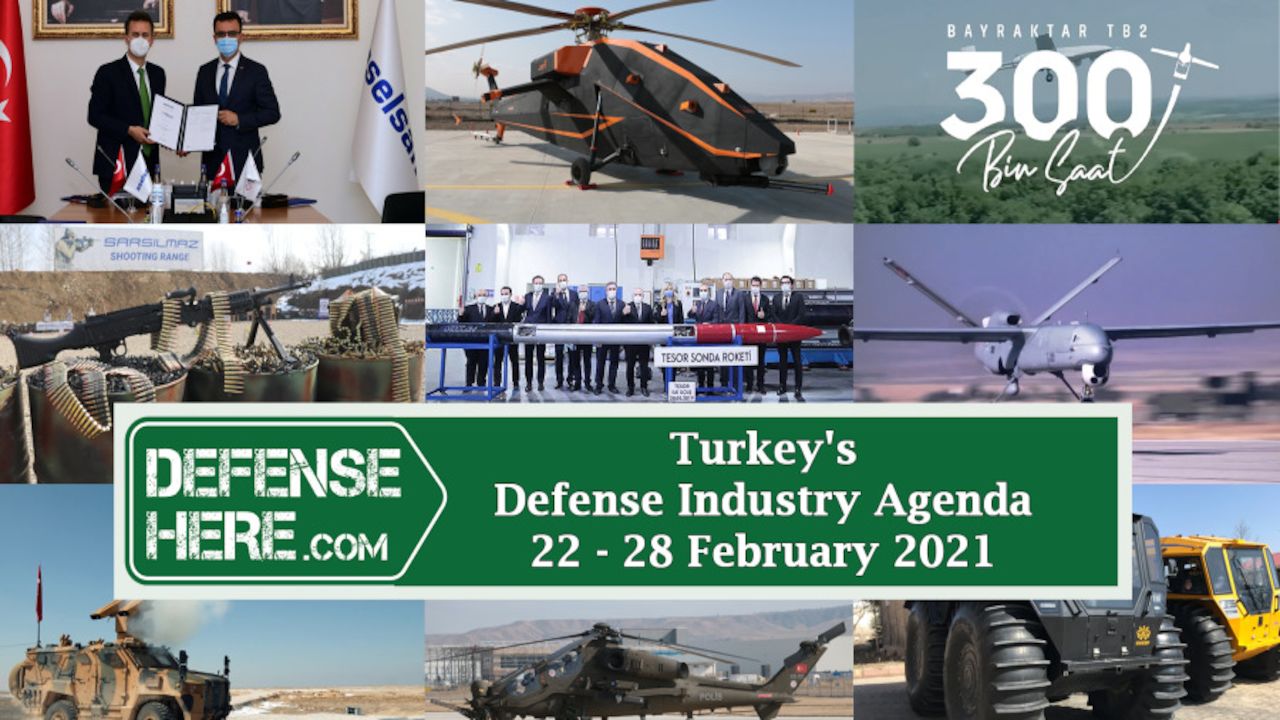 Ukrainian amphibious off-road vehicles manufacturer and exporter, SHERP, announced signing a cooperation agreement with the Turkish company, ARGO, where they will be producing their off-road vehicles in Turkey.

Produced by Turkish Aerospace, 2 ANKA UCAVs with increased range have been delivered to the Turkish Naval Forces.

It was announced that 27.5 percent of the Akkuyu Nuclear Power Plant project, which is under construction in Mersin, is planned to be completed by the end of 2021.

ASELSAN announced that it has brought 50 different new capabilities to Turkey within the last two years.

The list of priority products to be supported under the Technology Focused Industry Move has been published.

Turkish defense minister and senior TAF commanders made a visit to Havelsan.

The first T129 Atak helicopter of the General Directorate of Security was delivered at a ceremony held at Turkish Aerospace’s headquarters.

ASELSAN’s revenue increased by 38% in 2020 by that reaching an all-time high profit of 4 billion TL.

Founded by a group of military ships producing Turkish private shipyards, TAIS, won a $ 2.3 billion tender from the Indian Navy.

Minister Varank and his accompanying delegation visited the facilities of Delta V which is a critical contributor to Turkey’s moon mission. 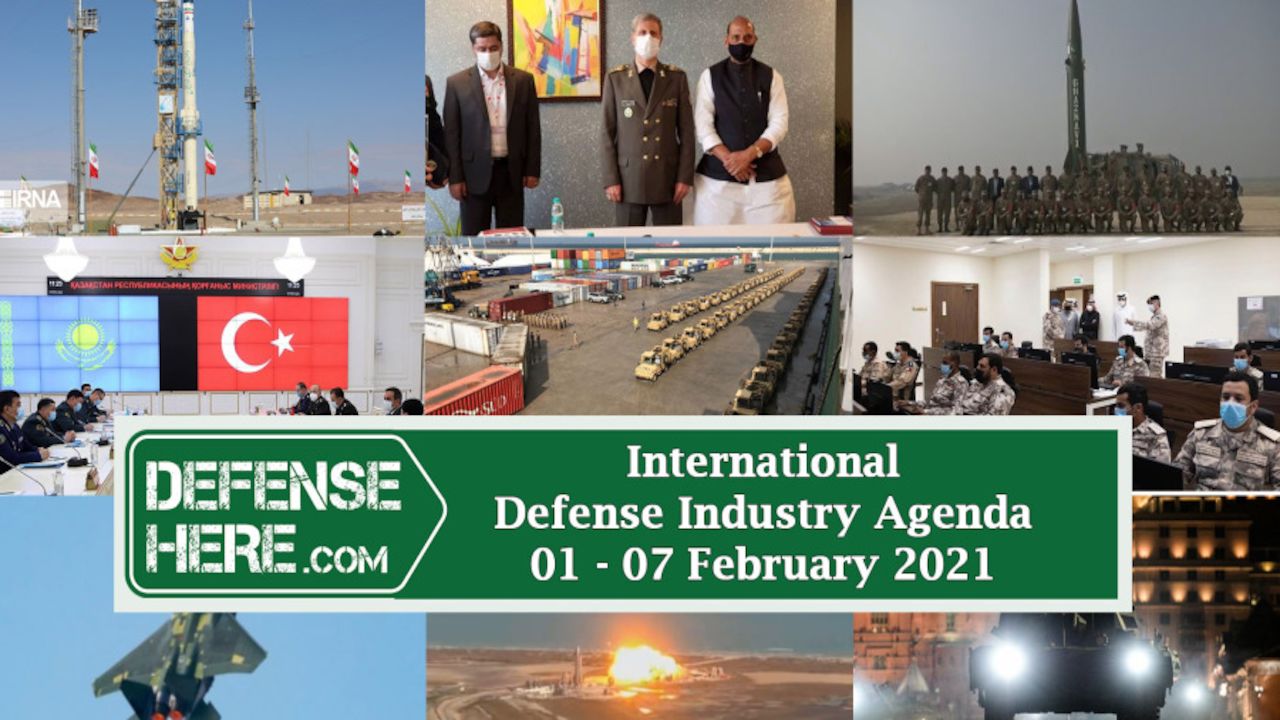 Deputy Minister of Turkish National Defense Muhsin Dere met with Kazakhstan’s Defense Minister Nurlan Yermekbayev during his visit to the Kazakhstan, where both parties discussed cooperation opportunities between the two countries in the field of defense industry as well as in the field of military training.

The Pakistani army announced the successful completion of the tests of the ground-to-ground ballistic missile, which has a range of 290 kilometers and can carry nuclear and conventional warheads.

Export permission was granted for Russia's newest tank, the T-14 Armata. The tank will soon be introduced abroad for the first time.

Israel Aerospace Industry announced that it will participate in the international defense industry fair IDEX, which will be held in Abu Dhabi, the capital of the United Arab Emirates, on February 21-25. It will the first time for an Israeli company to join in this fair.

The Starship SN9 rocket, developed by SpaceX for its Mars journey, exploded by crashing into the ground during landing after being launched for a test flight at the test site in Boca Chica in Texas, USA.

The new F-15EX fighter jet developed by the American aviation company Boeing made its first test flight. The jet will be delivered to the US Air Force at the end of March.

Kazakhstan Ministry of Defense announced the receipt of the first battalion set of the Russian-made Buk-M2E air defense systems.

Iran tested its new rocket called Zuljinah, which has an engine that can run on solid and liquid fuels. 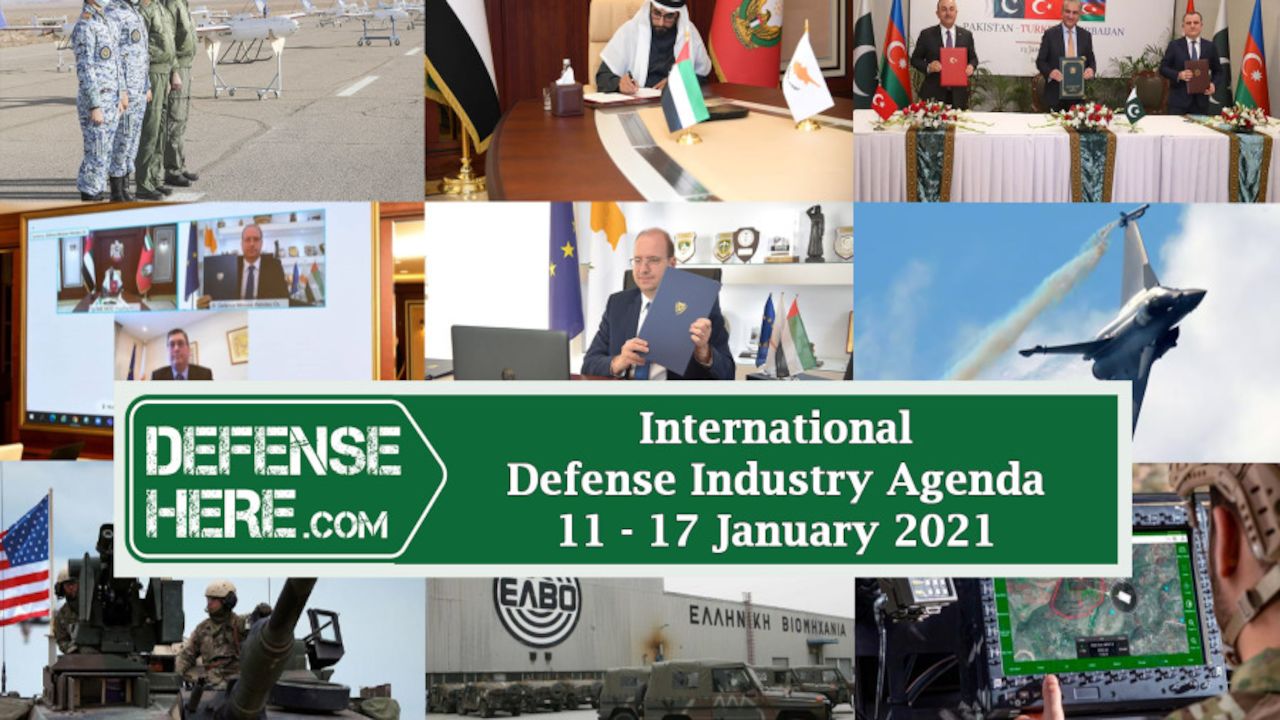 The Hellenic Parliament has approved the bill that envisions the purchase of 18 Rafale fighter jets worth 2.5 billion Euros from France.

A memorandum on defense and military cooperation was signed between the Greek Administration of Southern Cyprus and the United Arab Emirates.

Turkey, Azerbaijan and Pakistan issued a joint decertation on cooperating in the fields of defense and security.

India’s Cabinet Committee on Security approved the purchase of $6.5 billion worth of warplanes from an Indian aerospace manufacturer.

The Australian Army has announced that it will replace the Tiger helicopters in its inventory with American Apache helicopters.

The US Department of State approved the sale of Apache Helicopters to Kuwait for approximately $4 billion. 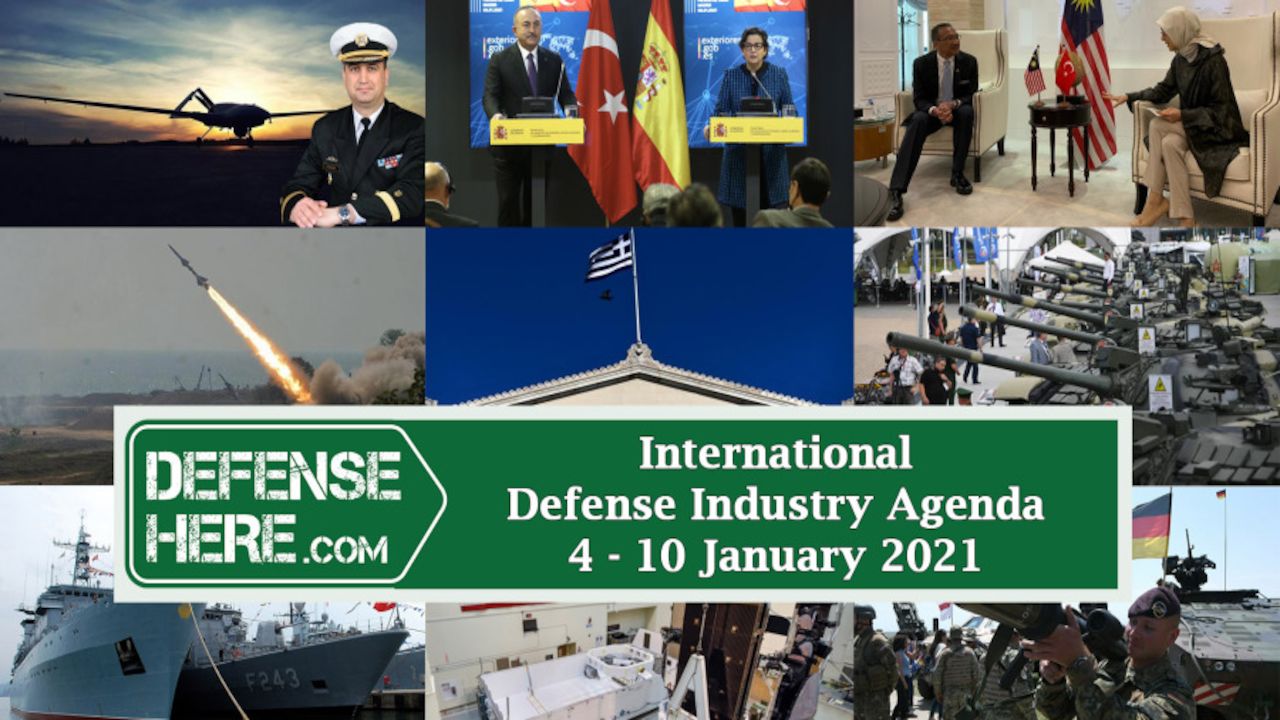 At a press conference in Spain, Turkish Foreign Minister Mevlut Cavusoglu, stated that Turkey and Spain strengthened their cooperation in the field of defense industry.

Stating that they are preparing for the purchase of Turkish unmanned aerial vehicles, the Commander of the Naval Forces of Ukraine said: "We tried Bayraktar UAVs in sea missions. They are every capable."

The German government approved the sale of 5 billion 820 million euros of weapons and military equipment in 2020; a 27.4 percent decrease compared to 2019.

Turkey’s Ambassador to Kuala Lumpur Mrs. Merve Safa Kavakci said in a statement post a meeting with the Malaysian Foreign Minister Mr. Hishamuddin Hussein, that both sides agree on promoting defense industry relations between the Turkey and Malaysia.