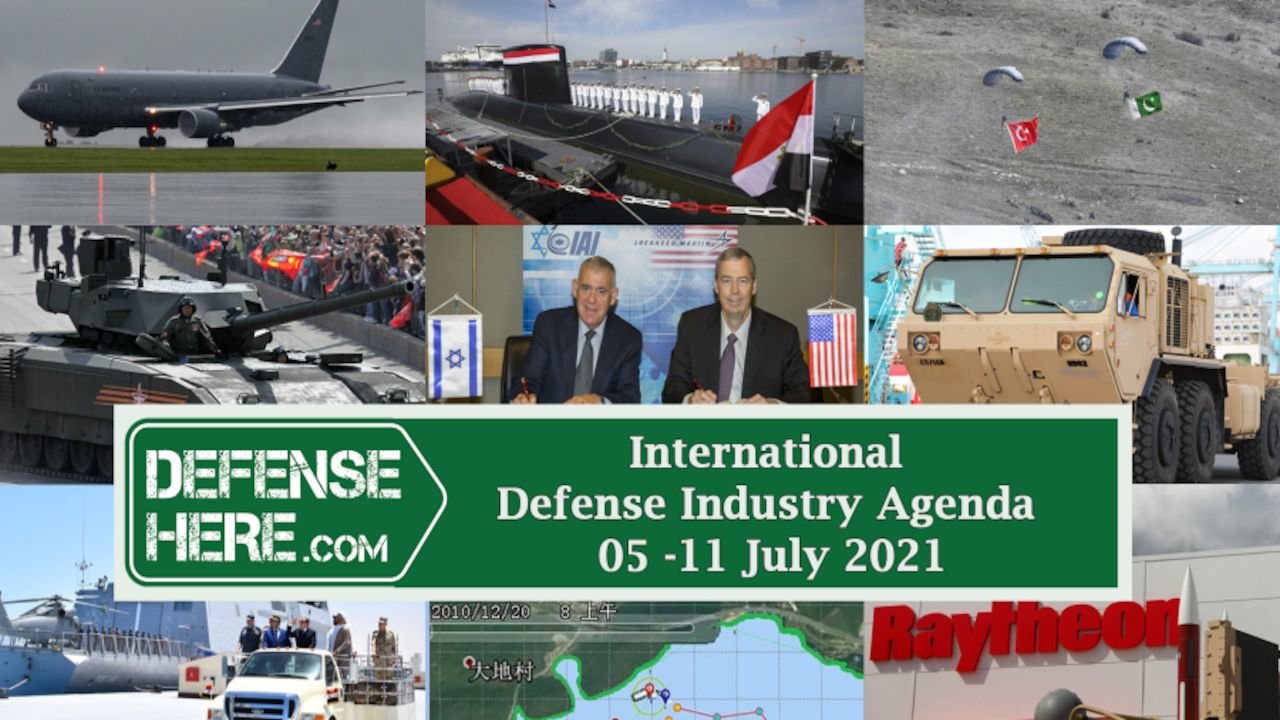 Lockheed Martin and Israel Aerospace Industries have signed a memorandum of understanding to collaborate on new Integrated Air and Missile Defense systems.

The Russian Minister of Industry and Trade announced the postponement of the serial production of Russia’s latest T-14 Armata tank.

The prototype of China's FC-31 stealth fighter jet that went on public display at its manufacturer's expo park has completed static testing.

Egypt has inaugurated the largest naval base in the country on its border with Libya. The base has been built on an area of 10 million square meters.

The US State Department has approved a $445 million deal to sell heavy military transport vehicles to Kuwait.

Lithuania has received the last shipment of the anti-tank missiles it purchased from Israel for its armored fighting vehicles.

Turkey and Pakistan on Monday agreed to increase their cooperation in the military field, especially in training and fighting against terrorism.

Raytheon has signed a $2 billion contract with the US Air Force to design and develop a new long-range nuclear missile.

The fourth and final submarine of German production has been delivered to the Egyptian Navy.

Qatar has announced that it will provide food aid to the Lebanese army, which is going through difficult times due to the economic crisis.

The Russian state-owned Defense Industry Corporation "Rostec" has announced that the test trials of the unmanned version of the T-14 tank have been successfully completed.