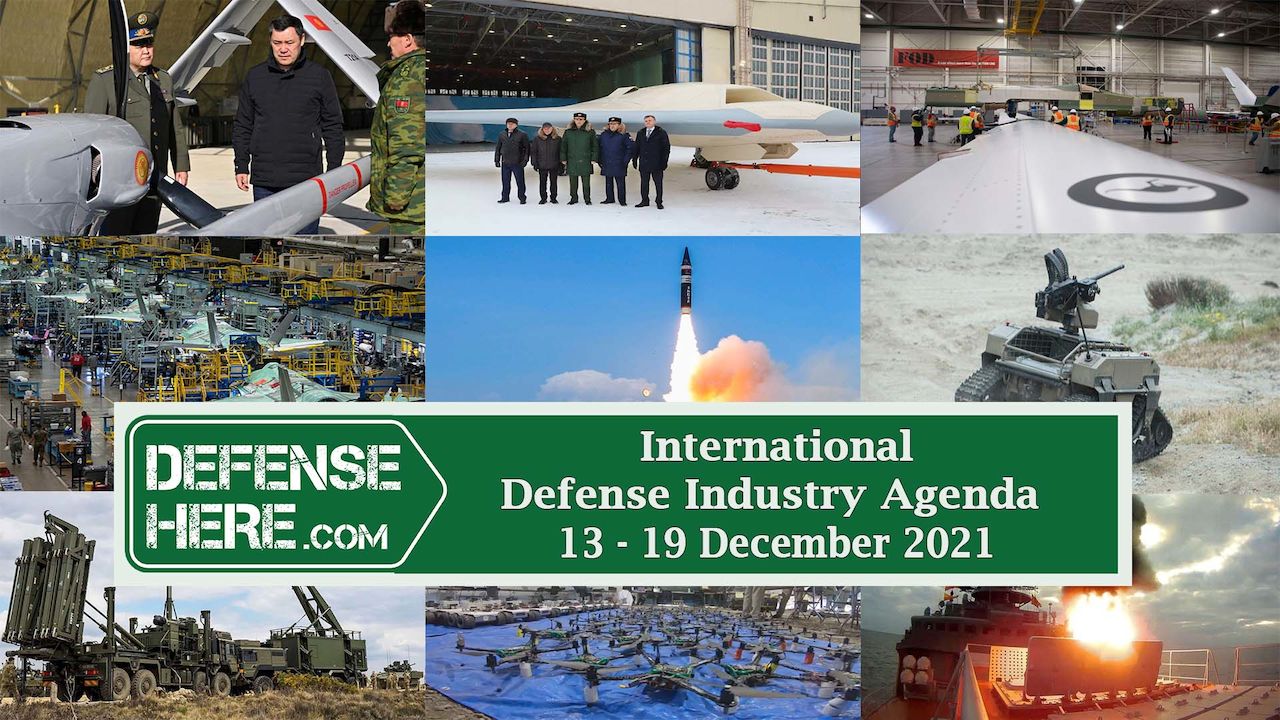 The new Russian UCAV S-70 Ohotnik was taken out of the hangar for the first time and conducted live fire exercise.

The US Senate has approved $768 billion defense spending bill.

Australia and South Korea signed a defense deal worth around $720m.

A Russian frigate hit underwater targets in the Sea of Japan with Otvet missiles in firing tests.

The proposal to ban military autonomous vehicles was not accepted in the United Nations Arms Convention.

US, UK and Australian delegations hold their first meeting for nuclear submarine program.

Australia’s first MQ-4C Triton, produced by Northrop Grumman, completed a significant milestone when the aircraft fuselage was mounted onto its unique one-piece wing.

NATO has announced that its military budget for 2022 will be 1.56 billion euros.

A US engineer arrested for trying to leak classified defense information to Russia.