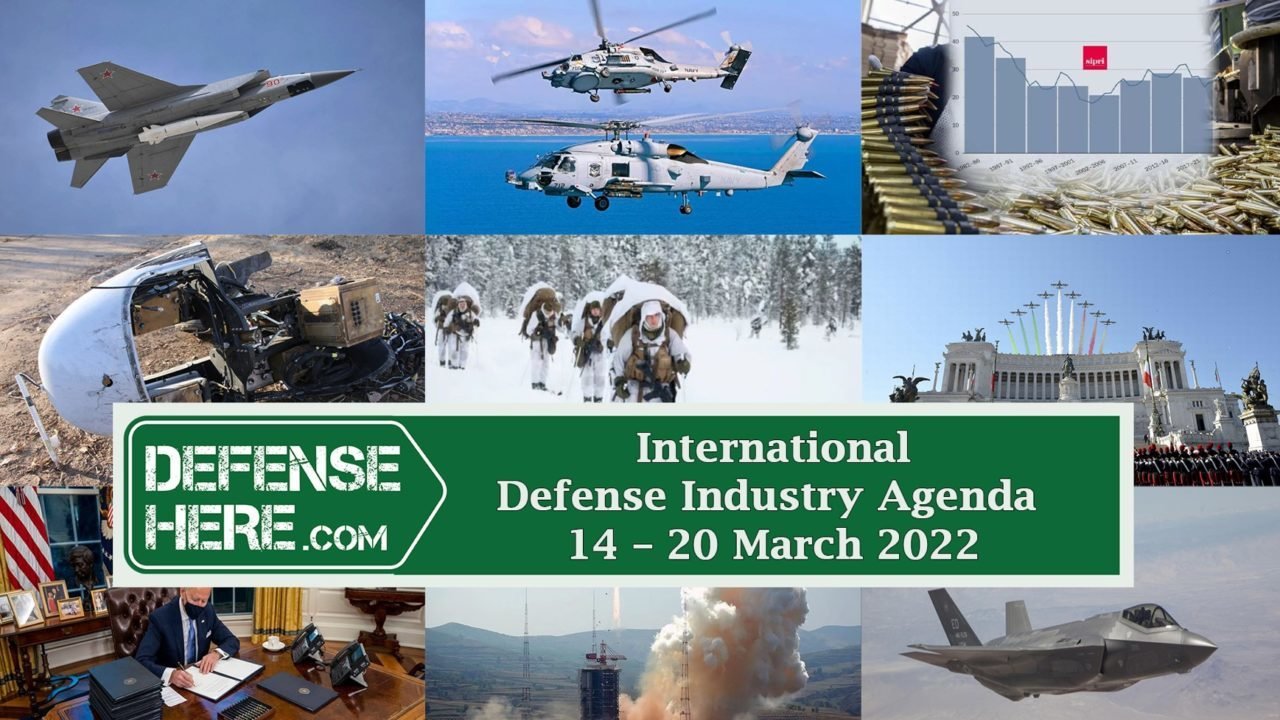 Norway has decided to increase its spending for its soldiers in the border region with Russia.

Iran introduced a new ballistic missile with a range of 1450 kilometers.

According to a new report by SIPRI, arms sales to Europe started to increase before the Ukraine war.

Russia released pictures of a downed drone, which it claims is a Bayraktar TB2 shot down in Kiev.

Germany announced that it will buy 35 US-made F-35 fighter jets.

The US State Department approved the sale of military helicopters worth $950 million to Spain.

In Italy, the Chamber of Deputies asked the government to increase defense spending.

Russia announced that it has used the Kinzhal hypersonic missile for the first time in Ukraine.

The second F-35 maintenance and repair center outside the US started its operations in Norway.