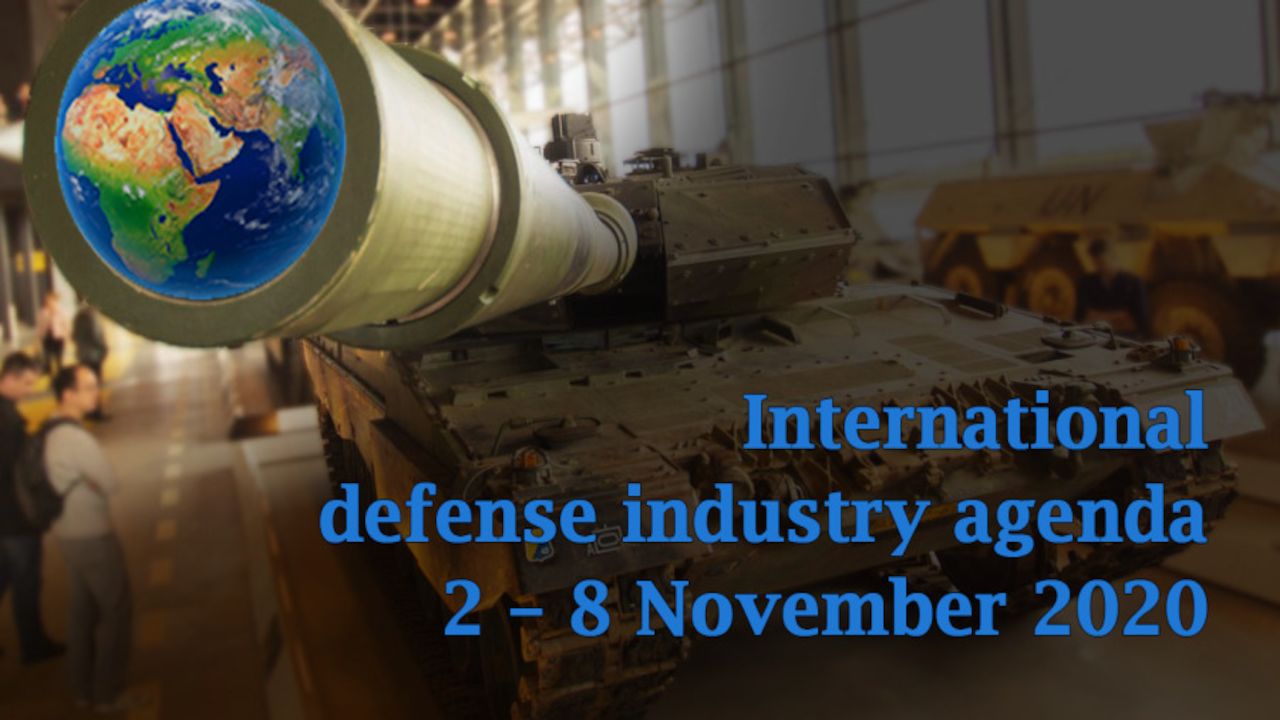 Russia's only state organization for military related and dual-use products, Rosoboronexport announced it that has delivered over $180 billion worth of products to 122 countries around the world over the past 20 year in celebration of its foundation anniversary.

The U.S. Department of State approved the sale of 4 MQ-9B UCAVs with related equipment to Taiwan for an estimated cost of $600 million.

The German parliament's budget committee on Thursday approved a $6.35 billion contract to buy 38 Eurofighter jets from Airbus for the country's air force. Thus, the number of Eurofighters in the German air force inventory has increased to 181.

Roya TV, one of the leading television channels in Jordan, started broadcasting on Türksat communication satellites as of November 2.

The Lürssen shipbuilding company sold 10 patrol boats, which it originally produced for Saudi Arabia but could not deliver due to the arms embargo imposed by Germany on the Kingdom, to Egypt with a new contract worth around 130 million Euros.

The Minister of Defense of Ukraine and the Chief of General Staff of Jordan met in Kiev to discuss potential military cooperation between the two countries.

The U.S. Department of State informed Congress of its intent to sell 18 armed MQ-9B drones to the United Arab Emirates for an estimated $2.9 billion.